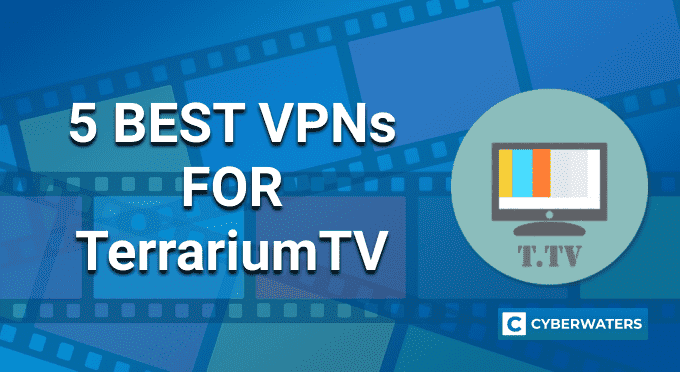 Terrarium TV found its user base basically the moment it emerged. It promised to solve the problem of having to pay ridiculous prices for having access to all the TV you could ever want. Even though many knew that it cannot last for long — especially after seeing the crackdown on PopcornTime — for a short while, at least, all was right with the world.

Then, in September 2018, things suddenly took a turn for the worst, and the website went offline, and that was it. Its creator posted a brief note that the project is shutting down and that the app will close itself by the end of the month. He also mentioned that there is no intention to open-source it, so no one else could take over where the original developer stopped. However, It seems that in 2020 things have picked up again.

As you likely know, not all VPNs are made equal, and that means that the quality of service can vary greatly. You should not pay to use a bad service that just so happens to cost as much as the best one. It matters which one you use, and so here are our five top choices.

NordVPN is also one of the best services in the industry. It is capable of unblocking Netflix, BBC iPlayer, and other popular streaming services, so it will definitely be able to keep you safe as you use Terrarium.

Just like ExpressVPN, NordVPN is known for having very realistic prices, with large discounts on long-term plans. It also has the same 30-day money-back guarantee. Another similarity is the quality of its security and privacy features, as it offers the same strong encryption and protocol, as well as a kill switch, DNS leak protection, and more.

In terms of server coverage, NordVPN offers access to fewer countries, but almost twice as many servers. It supports 59 regions and provides 5800 servers that you can connect to at any time.

It is also based in Panama, which is very privacy-friendly, and so it can deliver on its promise of not keeping logs.

PrivateVPN is fast, stable, and comes with an impressive server network that spans across 200 server locations. Additionally, its speed and performance don’t mean that this service sacrifices security for speed. PrivateVPN is very safe and private, as it comes with military-grade encryption. Security-wise, the service offers excellent data leak protection, a zero-logs policy, and an advanced kill switch.

PrivateVPN is especially suitable for beginner VPN users who are looking for a simple service. Even though it’s packed with great features, this VPN is very user-friendly and comes with intuitive app clients. Equally as important to casual beginner users, PrivateVPN is one of the most affordable VPN services in the industry. Not only this, but you can rely on a 30-day money-back guarantee so that you can try the service without any risks.

Surfshark is a go-to VPN for anyone who has a large number of devices, as well as for those who wish to protect their entire family. Surfshark is the only VPN on this list that offers an unlimited number of simultaneous connections.

Sure, you can use all of the mentioned services to protect multiple devices at the same time, but Surfshark has no limits, and you can just as easily protect two or twenty devices.

It also has a pretty large server network, consisting of 1700 servers located in 63 countries. It is not the largest on our list, but it is certainly not small. And, of course, it offers speeds that are perfect for streaming high-quality videos without buffering, delays, or similar issues.

Not only that, but it also has lower prices than the rest on the list, as well as support for multiple devices and systems, such as Android, iOS, macOS, Windows, Linux, Chrome, Firefox. FireTV, Apple TV, PlayStation, Xbox, and more.

ExpressVPN is one of the fastest VPNs in the entire VPN industry. As such, it is perfect for high resolution and HD quality streaming — which is exactly the type of videos that Terrarium is offering. In other words, while VPN does reduce the speed of your internet, there is still no reason to not enjoy the best quality video while using it.

ExpressVPN offers the best protection available, including things like 256-bit AES encryption, and OpenVPN and other security protocols. It is also known for one of the largest server networks out there, which connects 94 different countries, and offers over 3,000 servers in total.

ExpressVPN is also known for rather average prices, considering that it offers such major-quality service. It is also a VPN that offers the largest number of dedicated apps for different devices and systems, including Windows, Mac, iOS, Android, Linux, Smart TVs, gaming consoles, routers, and much more.

And, if you happen to not like it, you can get your money back as long as you are still within 30 days from the moment you paid for the app.

Next up, we have CyberGhost, which is a Romanian VPN that stands out above the rest for a variety of reasons. First of all, its server network is nothing short of massive. It covers 90 countries, which means that it is just as large as that of ExpressVPN. However, it offers even more servers than NordVPN — over 6500. This guarantees two things — you will always have access to the open internet and the best speeds out there.

Speaking of speeds, CyberGhost’s speeds are just as good as of the previously mentioned services, so you should not even feel that you are using a VPN as you stream anything on Terrarium. You can access and unblock anything easily, even from abroad.

CyberGhost also offers top-notch security, and it is best known for having an extremely long money-back guarantee that lasts for 45 days, which is much longer than the industry standard.

What is Terrarium TV all about?

As a lot of people likely already know, Terrarium TV came as a way for Android users to watch TV online. It was available at any time and at any place. Best of all, it was 100% free. All you needed to do is have an Android OS-running phone and internet access.

Unlike Popcorn Time, Terrarium was not actually doing anything illegal per se. It did offer free TV, which was something that likely invoked a lot of rages in Hollywood and elsewhere, for violating copyright laws.

But, on the other hand, the app did not host such content. It only provided links to sites that do have it. As such, it was, and is, in a legal gray area.

As mentioned, the original Terrarium TV app closed itself back in September 2018, but it was not long before copies of the app started popping up all around the web. This was greeted with joy from the users who liked and missed the app, but it is worth noting that no one knows who is posting them, or what their intentions may be.

The new apps’ creators might very well be hackers who may have infected them with malware and are after your data, money or both. This is not necessarily the case, but it is a possibility.

Another problem is that you could end up in trouble, yourself, simply for using it. As mentioned, the app offers access to pirated materials, and if you are caught interacting with them, you might end up with a major fine, or even jail time, depending on your country’s laws.

How can you protect yourself?

With all the uncertainty regarding Terrarium, anyone who chooses to use the app could be in danger of having their data exposed. Regardless of whether your data is harvested by the hackers or the authorities looking to punish you for alleged wrongdoings, it is still you who will suffer all the blame and more.

The best way for you to prevent this is to use a VPN and hide your data by employing various security and privacy features that these apps have to offer. With security protocols and encryption, you can be safe from online surveillance, and by connecting to foreign servers, you can even prevent your data from being recorded on your ISP’s servers.

Best of all, you can not only use Terrarium TV safely once more, but you can also unblock other streaming services, and use legal apps that cost next to nothing, like Netflix.

Regardless of whether you would rather go for Netflix or Terrarium, the fact is that you need a good VPN, and we have just the right services to recommend.

Terrarium TV’s glory days may be behind us, but that still doesn’t make it a bad choice. However, you should definitely not use it without protection, as you may end up in trouble for doing something that might not even seem illegal at the time. Not only that, but a VPN can also protect you from online threats, and that alone is a good enough reason to have it on.