Does ExpressVPN Work with Netflix? How to Use It 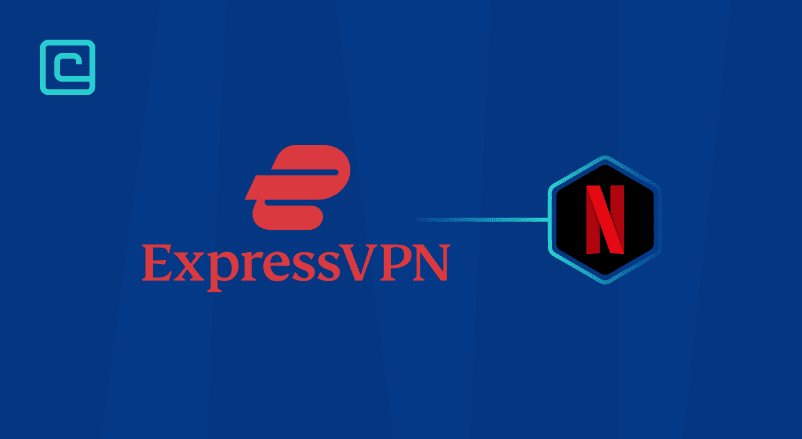 Watching Netflix with a VPN is one of the most popular ways to unlock tons of Netflix titles from around the world. However, there might be situations when the VPN doesn’t seem to unblock a certain Netflix library.

In this article, we’ll take a look at how well ExpressVPN works with Netflix. We’ll also provide useful tips to optimize your streaming experience. If you want to read more about the perks of using this service, check out our ExpressVPN review.

Does ExpressVPN Work with Netflix?

Yes, ExpressVPN works great with Netflix and it unblocks over 10+ Netflix libraries. In addition, it has a lot of features that make streaming more enjoyable, like MediaStreamer and split-tunneling. It also provides very fast streaming speeds for both HD and 4K videos.

ExpressVPN has security features like encryption, a kill switch, or full leak protection. This way, you are protected against cybercriminals that might hack your Netflix account.

However, keep in mind that Netflix blocks VPN IP addresses regularly. Even though using a VPN to watch Netflix isn’t a criminal offense, Netflix doesn’t like it when that happens. If you can’t unblock your favorite Netflix title, that’s because Netflix already detected and blocked that VPN IP address. In this case, all you have to do is connect to an ExpressVPN server located in a different city. But make sure the server it’s in the same country as the Netflix library you want to unblock.

Why Should You Use ExpressVPN VPN with Netflix?

Here are the main reasons why you should use ExpressVPN on Netflix:

Here are the most important features that make ExpressVPN good for Netflix:

How to Use ExpressVPN for Netflix in 5 Simple Steps

That’s all — now the titles you want to unblock should appear in your Netflix library.

If you’re experiencing issues, here’s what you can try:

1. Connect to a Different VPN Server

A common problem some ExpressVPN users complained about on Reddit is that the provider’s servers simply don’t unblock Netflix.

That’s because Netflix constantly detects and blocks VPN IP addresses. So if an ExpressVPN server doesn’t work with Netflix, it means that Netflix blocked that server’s IP address.

Your regular browser has cookies that reveal your real location. When you log into your Netflix account, the streaming site can see those cookies even if you’re using a VPN. So you’ll receive an error code to prevent you from watching Netflix. Here are the most common ExpressVPN and Netflix streaming errors Reddit users said they received:

All these errors mean that Netflix detected the VPN.

So before logging into your Netflix account, use a different browser with private/incognito mode. This way, cookies won’t interfere with your streaming.

Sometimes, your connection to the VPN server might drop. If your device is still connected to the internet when this happens, Netflix can see your real IP address.

Before logging into your Netflix account, make sure you turn on the kill switch. This will disconnect your device from the internet when your VPN connection drops. So your IP won’t accidentally leak when you’re watching Netflix.

Your antivirus or firewall might block your VPN connection due to default settings. However, disabling your antivirus just to watch Netflix with a VPN is not a good idea. You risk exposing your personal information. So cybercriminals might try to compromise your Netflix account. At the same time, you might accidentally click on a malicious website or ad and compromise your device.

Instead, whitelist your VPN connection. This way, you get the best of both worlds — you protect your device against malware, and you get to watch Netflix.

If the VPN isn’t working, you can try MediaStreamer — ExpressVPN’s smart DNS. It’s a feature that improves your streaming experience. That’s because MediaStreamer changes your DNS settings to grant you access to Netflix.

Make sure that you can access Netflix’s site when you’re not connected to a VPN server.

If you still can’t make ExpressVPN work with Netflix, contact the customer reps — this provider has 24/7 live chat. Just ask the reps which servers you need to use to unblock a specific Netflix library. Like most VPNs, ExpressVPN doesn’t make this information public. Otherwise, it would be too easy for Netflix to detect and block its servers.

Verdict: Is ExpressVPN Good for Netflix?

Yes, ExpressVPN works great with Netflix. It has fast streaming speeds and it comes with features that make watching Netflix more enjoyable. For example, it has MediaStreamer, the Shortcuts feature, split-tunneling, and 3,000+ servers in 90+ countries. What’s more, it offers a built-in speed test, so you can find the servers with the best streaming speeds for your location.

However, ExpressVPN is one of the most expensive VPNs on the market. Also, it only allows 5 simultaneous connections, which might not be enough for a large family.

In this case, NordVPN and Surfshark are 2 great alternatives to ExpressVPN. Both VPNs have excellent Netflix streaming support and large server networks. So you can unblock tons of Netflix content from all over the world. Also, these providers offer strong security features. Bank-grade encryption, kill switch, DNS leak protection, and a no-logs policy — just to mention a few.

NordVPN’s plans are much more affordable than ExpressVPN. What’s more, NordVPN lets you buy a dedicated IP address, which is great for streaming because it’s harder for Netflix to detect and block it.

Compared to ExpressVPN, Surfshark offers unlimited simultaneous connections. So it’s perfect if everyone in your home wants to watch Netflix with a VPN. Surfshark also has 2 special features that make streaming more enjoyable:

Here are the most common questions people ask about ExpressVPN and Netflix:

What are ExpressVPN Alternatives for Netflix?

You can watch and unblock Netflix with these ExpressVPN alternatives:

Depending on the server you connect to, ExpressVPN can unblock almost any Netflix library. The best way to find out which server works best with a specific Netflix library is to contact the support reps.

ExpressVPN has 24/7 live chat and customer reps respond quickly. We tested the provider’s live chat support on weekends and during the week. We were always connected to knowledgeable reps in less than 1 minute.

No, Netflix hasn’t blocked all of ExpressVPN’s IP addresses. However, it’s possible that Netflix blocked the IP address of the server you’re currently connected to.

If you can’t connect to a specific Netflix library, you just need to get a new IP address. To do that, just switch to a different server from the same country as the Netflix title you want to watch.

Yes, ExpressVPN can unblock the most popular Netflix libraries. For example, it can unblock Netflix US, Netflix UK, Netflix Canada, and Netflix Japan. If you want to find out if the VPN works with a specific library, just contact customer support.

Why Do I Get Netflix Streaming Error When Using ExpressVPN?

If Netflix detects that you’re using a VPN, you’ll get the Netflix proxy error when logging into your account.

When that happens, switch to a different browser and use incognito/private mode. This way, cookies won’t interfere with Netflix’s website.

If that doesn’t work, it’s possible that Netflix already detected and banned the VPN IP address you’re using. To fix that, get a new IP address by connecting to a different server located in the same country as the Netflix title you want to watch.

What Happens If Netflix Detects I’m Using a VPN?

If Netflix detects you’re using a VPN to unblock different libraries, you’ll get a streaming error code. Also, Netflix will show you the Incorrect password message even if your login credentials are correct.

However, Netflix doesn’t ban you from the platform. At most, they’ll block your VPN IP address so you won’t use it again to access its site.