The Best VPNs for Miami, Florida (Fast, Secure, and Easy to Use) 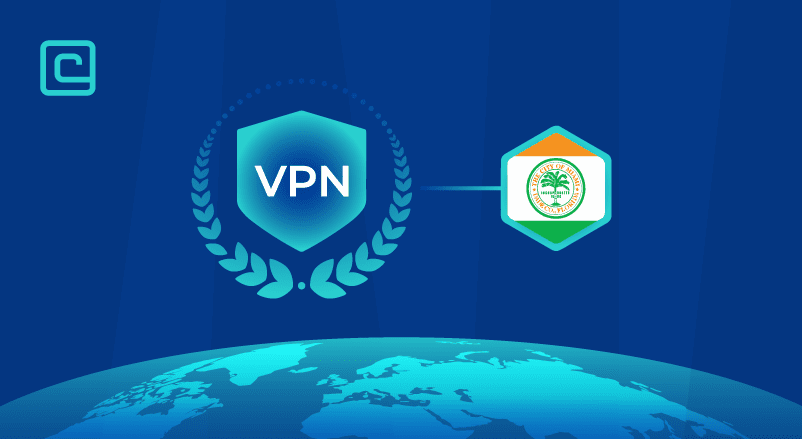 VPNs are great online tools that benefit anyone living in Miami, the state of Florida, or abroad. They help you watch your favorite US titles anywhere in the world. And they also protect you from hackers and prevent ISPs from throttling your speeds.

However, not all the top VPNs have servers in Miami or Florida. And out of the few that do, not all of them provide a good customer experience. Some have very slow speeds, buggy apps, or don’t work with US sites like Netflix and Hulu. But we ran multiple tests and managed to find the best VPNs for Miami, Florida. Keep reading to see which one might fit your needs.

Alternatively, if you only want the best VPN for USA, click that link to see our other, more general guide.

Here are the best 5 VPNs for Miami, Florida:

The 5 Best VPNs for Miami, Florida

After testing dozens of top VPNs on the market, we managed to find the best 5 VPNs for Miami or any other city in Florida.

NordVPN is the best Miami and Florida VPN out there. It has over 1,700 servers in the US, and 140+ of those servers are in Miami. In our tests, we were always able to access US titles on sites like Netflix and Amazon Prime using this VPN’s Miami servers. And we also love how all its Miami servers support torrenting.

And if you want to get an IP address from a different country to unblock other sites, NordVPN has got you covered. It has thousands of servers in 55+ other countries. Also, this provider has some of the fastest speeds on the market.

What’s more, this VPN comes with excellent security and privacy features. It has advanced security features like RAM-only servers, which wipe all stored data after every reset. And this VPN provider’s no-logs policy has been independently audited and verified twice.

Here’s what else you get with NordVPN:

We also really like how easy to use NordVPN is. It has apps on most platforms, and its apps are extremely intuitive. On average, it only took us 2–3 seconds to find and connect to this provider’s Miami VPN servers.

And this VPN has very fast speeds. When we ran tests, we never experienced high ping while gaming and all the Miami sites we visited loaded instantly. Plus, we downloaded large 40–50 GB files in only 20–25 minutes, which is very fast.

We also like how Surfshark comes with tons of cool security features. For starters, it has CleanWeb, which is a really good ad blocker. We used it on multiple Miami and Florida news sites, and it always got rid of most ads. Thanks to that, the sites actually loaded 20–30% faster.

In addition to that, this VPN also comes with obfuscation, double VPN connections, and RAM-only servers. And it also features its own antivirus that’s available as a paid add-on.

Furthermore, Surfshark’s apps are very intuitive. You know what everything does right from the start, and it’s really great that all features and settings have helpful explanations.

This VPN provides really good 24/7 live chat and has very affordable plans. It also backs all purchases with a 30-day money-back guarantee.

AtlasVPN is very budget-friendly and is great for basic VPN users. It also allows unlimited connections, which means you can use this VPN on as many devices as you want. That also means you can share your subscription with friends and family to save money.

This VPN doesn’t have a lot of features, but it has the essentials. It works with US streaming sites and even provides streaming-optimized servers, including one in Miami. That means the servers refresh their IP addresses very often, so it’s very difficult for streaming sites to block them. And AtlasVPN allows torrenting on its Miami servers and also works with popular P2P apps like qBittorrent and uTorrent.

Also, AtlasVPN provides great security features. For one, it has a Data Breach Monitor, which allows you to check if your email address was compromised in data breaches. On top of that, there’s a Tracker Blocker — while it can’t block ads, it stops annoying ad trackers from spying on your browsing.

We also like how fast this VPN is. In our tests, Miami sites always loaded in less than 2 seconds, and HD videos loaded instantly and didn’t buffer.

There’s a free plan that lets you test the VPN, but it doesn’t come with the Miami servers and it limits you to 10 GB per month. Fortunately, upgrading to the paid plans won’t set you back a lot of money because AtlasVPN is super cheap. Plus, this provider backs all purchases with a 30-day money-back guarantee.

PrivateVPN is a good VPN for beginners and comes with servers in Miami. We really like how easy it is to install and use its apps. In our tests, it only took us 1–2 minutes to download and install the apps, and just 4 seconds to connect to its Miami servers. The interface is extremely simple to navigate, and we like how all options have quick explanations.

In addition to US servers, this VPN also has servers in 60+ other countries — so you can unblock tons of online content. Speaking of which, we can confirm that PrivateVPN’s Miami servers work with top US sites like Hulu and Pandora Radio. And we also like that this provider allows P2P traffic on its Miami servers.

On top of being very easy to use, this VPN also provides blazing-fast speeds. We ran multiple tests, and were always able to access Florida sites instantly. What’s more, 4K videos loaded in 2–3 seconds and didn’t buffer and our VoIP calls never froze or dropped.

It’s also cool that this VPN supports obfuscation — you can use it to stop your ISP from seeing that you’re using a VPN. And besides a system-level kill switch, there’s also an app-level kill switch. Basically, you can tell PrivateVPN which apps to shut down if the VPN connection drops. We tested the feature, and it successfully terminated our P2P apps when the VPN disconnected.

This provider has 24/7 live chat and some of the most affordable plans on the market. It also comes with a 30-day money-back guarantee.

ExpressVPN has servers in Miami and provides high-end security and privacy features. Its no-logs policy has been audited, and the audit’s results are available online — we really like the transparency. And this VPN also has RAM-only servers. What’s more, it comes with perfect forward secrecy too, which changes your encryption key for each VPN connection to protect you from hackers.

On top of all of that, this VPN provider comes with obfuscation and full leak protection. We actually ran multiple leak tests, and we never saw our real IP address. Only ExpressVPN’s Miami IP addresses were visible.

And we love how easy to use and convenient this VPN’s apps are. They’re available on all platforms and make it extremely simple to get a Miami IP address. They also have a unique Shortcuts feature — it lets you create 1-click shortcuts for sites and apps. Once you connect to a VPN server, those shortcuts show up on your screen.

In our speed tests, this VPN always performed really well. Miami sites loaded instantly and so did HD and 4K videos. And we never experienced buffering or quality drops while skipping through the videos.

Why Use a VPN for Miami or Any Other City in Florida?

Here’s why most people living inside and outside of Florida like to use a Miami or Florida VPN:

In addition to all those reasons, using a VPN is the easiest way to get a Florida IP. You only need to sign up for a VPN, download and install its app, and use the app to connect to a Miami or Florida VPN server.

How to Choose the Best Florida VPN

These are the metrics we used when ranking the best VPNs for Florida:

It’s usually a bad idea to use free VPNs. Most of them are missing essential security features, log and sell your data to advertisers, and expose you to malware. What’s more, many free VPNs have very slow speeds and limit how much data you can use.

That said, there are decent paid VPNs that have some really good free plans which are safe to use:

If you want our opinion, we suggest getting a paid VPN instead because it simply provides a better experience. We recommend getting NordVPN or one of AtlasVPN’s paid plans.

We tracked the most common questions people ask about Miami and Florida VPNs and answered them here. If you have more questions, just drop us a comment.

Is Using a VPN Legal in Florida?

Yes, it’s perfectly legal to use a VPN in Florida. It only becomes illegal to do that if you use the VPN to engage in criminal activities.

How to Get a Miami IP Address

Here’s how to get a Miami IP address in just 5 steps:

Do You Actually Need a VPN in Miami, Florida?

Yes, there are tons of reasons to use a Miami or Florida VPN:

If you’re a student at any university in Florida, a VPN can come in handy. Here’s why:

Should You Use a VPN at Airports in Florida?

Yes, we definitely recommend using a VPN when you use airport WiFi in Florida — or any other state or country, for that matter. Airport WiFi usually doesn’t require a password, so it doesn’t use encryption. That means hackers can spy on your traffic. Always use a VPN to make your data unreadable.

Plus, there’s a chance cybercriminals might set up fake WiFi networks that imitate airport networks. If you connect to their fake networks, they can spy on and log all your data. But if you accidentally connect to a fake network while using a VPN, the hackers running the network won’t see your traffic because it’s encrypted.

Can You Use Free Florida VPNs?

We normally recommend avoiding free VPNs. They often lack important security and privacy features, have slow speeds, and limit how much data you can use. Plus, many free VPNs don’t even have servers in Florida.

If you insist on using a free VPN, try AtlasVPN. Its free plan doesn’t include Florida VPN servers, but you still get US servers. And you also get fast speeds, unlimited connections, and good security and privacy features. However, you’ll be limited to 10 GB of data each month. Upgrading to one of AtlasVPN’s paid plans — which are very cheap —  will get you Miami servers, unlimited data, and P2P support.

Can you use a VPN in other states in the US?

Yes, you can use a VPN to get an IP address of states like Virginia, Colorado, or Texas.

There are tons of good reasons anyone in Florida or outside the state should use a Florida VPN. For example, they can bypass sports blackouts, secure sensitive data, and unblock US titles abroad. But we’d love to hear why you’re interested in using a Florida or Miami VPN. Also, please let us know which VPN you like to use and why.