How to Bypass Circle With Disney in 2023 With Simple Steps 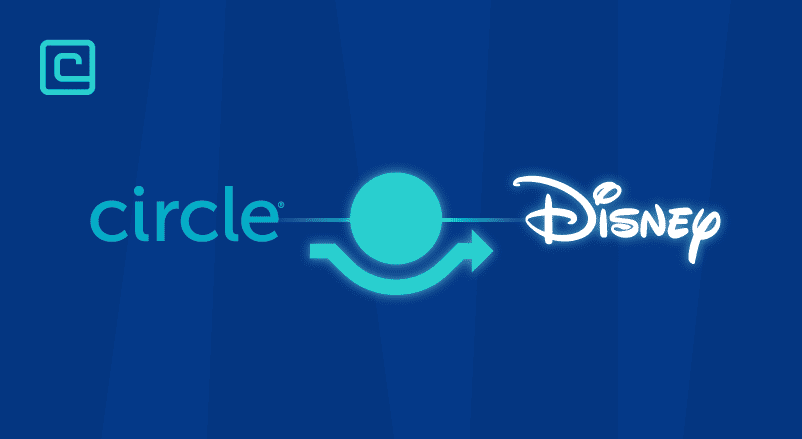 Circle with Disney is a parental control app that limits internet access and device functions. It’s also a device parents can connect to the router to monitor and restrict their home network. Often, parents use it hoping to keep their kids safe online. As a result, your internet traffic is monitored, some social media apps are banned, and you can’t access your favorite content and online games.

However, there’s a fine line between setting some internet restrictions and being too controlling. So check out our article to see what you can do to bypass Circle with Disney’s online restrictions and get access to your favorite content.

In short, we’ll talk about how a VPN can get around Circle with Disney and what are the limitations of using a VPN. We’ll also recommend 5 top VPNs that are reliable, affordable, and easy to use.

How Does a VPN Get Around Circle with Disney Restrictions?

Circle with Disney’s device filters home network traffic with a firewall. That prevents you from connecting to certain website’s IP addresses. A VPN reroutes your internet traffic through a VPN server. That way, you communicate with the web through an IP that doesn’t have any firewall restrictions linked to it.

How to Bypass Circle With Disney

The most efficient way to bypass Circle with Disney is with a VPN. Here’s how you can do it in 4 easy steps:

That’s all – now you can browse the internet without any restrictions.

The Best VPNs to Bypass Circle with Disney

NordVPN is one of the fastest and most intuitive VPNs on the market. It’s very easy to use and it takes less than 1 minute to install it on your device. It has a quick-connect feature, which automatically connects you to the fastest server. It also makes it very simple to manually find and connect to VPN servers.

This VPN app also works with top streaming sites and provides you with blazing-fast speeds for browsing, streaming, and gaming. In our tests, we were always able to unblock many popular streaming sites like Netflix, Amazon Prime, BBC iPlayer, and Disney+. We also watched HD and 4K videos without experiencing any quality drops or lag.

In addition to this, you can use NordVPN on 6 simultaneous devices. It also offers 24/7 live chat and an in-depth support library. Plus, it has apps for many popular operating systems like Windows, Android, macOS, iOS, Linux. It also has pretty affordable plans and it backs them with a 30-day money-back guarantee.

Surfshark is one of the few VPNs on the market that allows unlimited connections, meaning you can use it on as many devices as you want. This is perfect if you have many siblings, or if you want to share the subscription costs with friends whose parents also use Disney with Circle.

This VPN is also very easy to install on your device. It has an intuitive design so it’s perfect for beginners. It has a quick-connect feature that connects your device to the fastest server nearby. What’s more, all settings and features come with quick and very helpful explanations, so you never feel lost using this VPN.

In our tests, we had super fast speeds on both nearby and distant servers. We were always able to watch HD and 4K videos without noticing any stuttering. Also, when we skipped through the videos, we didn’t experience any buffering. In addition to this, we never had high ping when we played online video games while connected to the VPN.

Surfshark has apps for all popular platforms, like Linux, macOS, iOS, Windows, and Android. It offers a 24/7 live chat and a good support section. Plus, it has very affordable plans and you can try them risk-free for 30 days.

Atlas VPN is perfect if you’re looking for a VPN with a free plan. Its free plan offers lightning-fast speeds and you can use it on unlimited devices. It also allows torrenting and works with a few streaming sites. However, keep in mind that the free plan limits you to only 5 GB of data. This means that you can watch around 2-3 hours of HD videos until you reach the data usage cap. Also, the free plan gives you access to only 3 server locations — 2 in the United States, and 1 the Netherlands.

Upgrading to paid plans,which are super cheap, gives you access to unlimited data. Also, you’ll have access to all 35+ server locations, so it will be easier to find a nearby server for fast speeds. Atlas VPN has a beginner-friendly interface. Usually, it takes less than 10 seconds to connect to a VPN server.

Atlas VPN works great on all popular operating systems. Also, it offers email support for free users, and live chat support for paid users. When we tested the email support, the support reps answered our questions in less than 2 hours. So if you have any questions, you’ll get your answers really fast. It also has a 30-day money-back guarantee.

PrivateVPN has a very intuitive and minimalistic app. It doesn’t have many features, so it’s perfect for beginners who are using a VPN for the first time. The VPN app has useful explanations for settings and features, so it’s simple to navigate it. Besides, it takes less than a few seconds to connect to any server around the world and unblock your favorite streaming sites.

In addition to this, the VPN displays the server ping. That metric shows you how long it takes for your device to communicate with the VPN server. As a result, you can choose VPN servers with low ping to get the fastest speeds when you’re streaming or playing video games.

PrivateVPN has very cheap plans, helpful live chat, and a good support section. What’s more, you can try it risk-free because it has a 30-day refund policy.

ExpressVPN is really good for streaming, as it unblocks popular streaming sites like Netflix, BBC iPlayer, Disney+, and Crunchyroll. In addition, it also works with 65+ other streaming sites, so you get great variety.

ExpressVPN is another good VPN that’s easy to use for beginners. It has apps for all popular operating systems that work fine. In our tests, we never saw bugs or crashes when we used the VPN apps. ExpressVPN has a Smart Location feature, which connects you to the fastest VPN server automatically. There’s also a Shortcuts feature that lets you create 1-click shortcuts for specific apps and websites. That way, you can get instant access to your favorite apps and sites when you connect to ExpressVPN.

We always had a smooth experience when watching HD and 4K content, because we had fast speeds on both distant and nearby servers. When we played video games, we didn’t experience any random disconnects or freezes.

ExpressVPN has good live chat support, useful video tutorials, and helpful troubleshooting guides. This VPN is pretty expensive, but it’s worth it because it provides very good value. Also, it has a 30-day refund policy, so you can try it risk-free.

What Are the Limitations of a VPN?

There are a few things a VPN can’t do while you have Circle with Disney installed on your device. Here’s what you need to know:

Overall, it’s best to keep in mind that a VPN is helpful only when you’re online. It encrypts your data so that Circle with Disney won’t see your browsing history. It can also bypass online restrictions to unblock streaming or gaming sites. But it can’t remove other restrictions that are set on your device.

What Are Other Ways That I Can Bypass Circle with Disney?

While using a VPN is the easiest and most reliable option to circumvent internet restrictions, there are a few other options you can try as well. However, most of them are impractical or very complicated. Here’s a few of them:

Trying to bypass Circle with Disney can be difficult, but not impossible. A good VPN can help you circumvent internet restrictions so that you can access your favorite sites. That’s because a VPN lets you communicate with the web via a new IP address, which doesn’t have firewall restrictions attached to it. However, keep in mind to choose the closest server to get the fastest speeds.

Here are the most common questions about using a VPN to bypass Circle with Disney:

Is Circle with Disney a VPN?

Can You Bypass Circle with Disney by Using a Free VPN?

Yes, Atlas VPN is a good VPN service that offers a free plan to bypass parental control firewalls. Keep in mind that it limits your internet usage data to only 5 GB per month. So, you can only watch around 2-3 hours of HD content.

However, other free VPNs aren’t as reliable and safe. Besides not being able to bypass Circle with Disney, you might risk compromising important data like your social media account or your real location.

Can Circle with Disney See Your Internet History?

Any ways besides vpn? Cus uhhh my school blocks downloads >:l

Hi, maybe proxies would work too, but VPN is the best way to unblock downloads. Try AtlasVPN – it’s free, so maybe it might work.