Linux is a secure operating system, but you still need a Linux VPN if you want to protect your Internet traffic and bypass geo-blocks and censorship. There are a lot of VPNs that work on Linux, so it’s hard to pick a good one.

To make things simple for you, we tested the top VPNs on the market. After hours of research and tests, we put together a list of the best eight Linux VPNs out there.

Here are the best VPNs for Linux:

How to Pick a Good Linux VPN

Here is what we look for:

All the Linux VPNs we discuss in this article are really good. But, depending on your needs, one might be better than the other. Here’s a quick look at some of their highlights:

VPNs slow down your speeds because they encrypt your traffic. So it’s important to use a Linux VPN that minimizes speed loss.

We tested the VPNs’ speeds with Ookla Speedtest, a reputable third-party speed testing site. Our tester is based in Romania and tested different VPN servers in nearby countries. Here are the average VPN speeds they saw:

The Best VPNs for Linux

Our research and testing show that these are the best eight VPN Linux services:

NordVPN is by far the best Linux VPN out there. It works on the most popular distros – including Kali, Fedora, Ubuntu, openSUSE, and Mint. Using NordVPN on Linux is extremely simple because it has a dedicated client. If you’re not sure how to use it, there’s a step-by-step guide that shows you what to do. The design is minimalist, so you’ll never get distracted. It also has auto-suggestions, making it easier to type commands.

We really like that the NordLynx protocol is available on Linux. It’s based on WireGuard, so you get excellent security and very fast speeds. Also, a quick-connect feature is available. Once you type the connect command, the client automatically connects you to the fastest server for your location.

NordVPN on Linux also offers great security features – powerful encryption, a kill switch, and even an ad blocker called CyberSec. It has a no-logs policy that has been audited twice, DNS and IPv6 leak protection, perfect forward secrecy, and RAM-only servers.

The server network is huge, numbering around 5,200+ servers. And this provider allows torrenting on 4,500+ servers in 60 countries and works with the most popular torrent clients.

This VPN service unblocks the most popular streaming sites, has 24/7 live chat, and is pretty cheap. It also has a risk-free 30-day money-back guarantee, which is the industry standard.

Surfshark is the best multi-device Linux VPN out there. It allows unlimited connections with one account, so you can use it on as many devices as you want. You can even share the subscription costs with your friends to save money.

You get fast speeds thanks to a large server network – 3,200+ servers in 65 countries. All servers allow P2P traffic and Surfshark unblocks popular streaming sites with ease.

If you use this VPN on Linux, you’ll get awesome security. There’s a no-logs policy, strong encryption, the OpenVPN protocol, and a kill switch. You can also manually configure an ad blocker and connect to double VPN servers to get more security.

Surfshark has a Linux app that is very simple to use. It also has 24/7 support, very cheap prices, and a 30-day money-back guarantee.

PrivateVPN is a good choice if you need very fast speeds and good streaming. We always had fast download speeds, browsing, and streaming on nearby and distant servers. And PrivateVPN has a small server network, numbering around 200+ servers in 63 countries, so that’s impressive.

We really like that this VPN provider allows torrenting on all servers. Also, it works with popular torrenting apps like qBittorrent and Deluge.

There’s no dedicated Linux app, but you can manually set up PrivateVPN on most distros using helpful step-by-step guides.

Security-wise, this Linux VPN uses bank-grade encryption, OpenVPN, and you can manually configure a kill switch. And it has a no-logs policy, obfuscation, and IPv6 and DNS leak protection.

With this VPN, you can unblock the top streaming sites. You also get good customer support, very cheap prices, and a 30-day refund.

ExpressVPN is a great Linux VPN. It has a dedicated Linux app that’s really easy to use. It has a quick-connect feature and desktop notifications.

This VPN service lets you use OpenVPN and Lightway – ExpressVPN’s own protocol that’s secure and very fast. There’s a large server network of 3,000+ servers in 94 countries, and all of them allow P2P traffic.

With ExpressVPN, you get excellent security. It has powerful encryption, an audited no-logs policy, and a kill switch. It also has full leak protection, RAM-only servers, and perfect forward secrecy.

This Linux VPN is more expensive, but it’s worth the money. It unblocks all streaming sites, has great 24/7 live chat, and a no-questions-asked 30-day money-back guarantee.

This Linux VPN has the largest server network on the market – around 30,000+ servers in 78 countries. All of them allow P2P traffic, meaning it’s very easy to get fast downloads by using a nearby server.

PIA has a Linux client that’s very easy to use and works on most distros. It unblocks most streaming sites like Netflix, Amazon Prime, and BBC iPlayer.

With this VPN software for Linux, you get top-notch security. It has industry-standard features: military-grade encryption, a kill switch, and a verified no-logs policy. But PIA also has RAM-only servers, open-source software, and an ad blocker.

Finally, PIA is one of the cheapest VPNs out there. It also has 24/7 live chat support and backs all plans with a 30-day money-back guarantee.

CyberGhost VPN on Linux is very simple to use – it has a command-line app so no manual setups are needed. The client is very straightforward and this provider has user-friendly setup guides.

The server count is really impressive – 7,300+ servers in 91 countries. There are dedicated P2P and streaming servers for multiple sites. The streaming servers refresh their IPs very fast so they easily avoid getting blocked.

With CyberGhost VPN’s Linux app, you get great security. You can use OpenVPN and WireGuard, there’s strong encryption, and there’s a no-logs policy. This Linux VPN also has very good DNS leak protection and RAM-only servers.

This provider has 24/7 live chat support, very cheap prices, and a 45-day refund for long-term plans. It backs the monthly plan with a 14-day money-back guarantee. 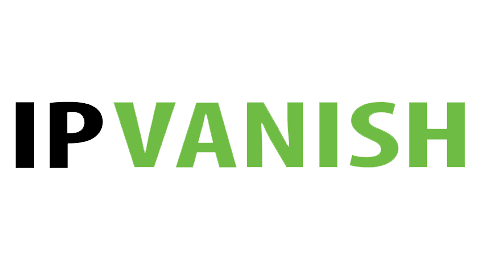 IPvanish is decent for Linux – it requires a manual setup but there are tutorials that show you what to do. We really like that it allows unlimited connections so that you can use the VPN on as many devices as you want.

IPvanish’s speeds are pretty good and it unblocks most streaming sites. It has 1,900+ servers in 53 countries and allows P2P traffic on all of them.

This Linux VPN has bank-grade encryption, lets you use OpenVPN, and has a no-logs policy. It even uses perfect forward secrecy to provide better security.

HMA VPN is a decent Linux VPN. It allows command-line setups on popular distros, so it’s pretty easy to use this service. We especially like that there’s a built-in speed test that helps you find the fastest servers for your location.

HMA VPN has a big server network – 1,070+ servers in 210+ countries, the biggest number of countries out there. It’s extremely simple to find a nearby server to get fast speeds.

This Linux VPN allows P2P traffic on servers in 6 countries and unblocks some streaming sites. Its speeds are pretty good, though.

Security-wise, you get the OpenVPN protocol which uses powerful encryption, and there’s a no-logs policy.

How to Use a VPN on Linux

Here are some answers to the most commonly asked questions about Linux VPNs:

Do You Need a VPN for Linux?

While Linux is a secure operating system, you should still use a VPN. It encrypts your traffic, stopping anyone from eavesdropping on it. Also, it hides your IP address, so nobody can use it to track your geo-location. That also lets you unblock geo-restricted sites like Netflix and Amazon Prime.

VPNs can also prevent bandwidth throttling. Your ISP can’t see your traffic anymore, so they can’t selectively slow it down. Also, a Linux VPN secures your P2P traffic – nobody will know you’re downloading torrents.

Can You Use a Free VPN for Linux?

You can, but we don’t recommend doing it. Free Linux VPNs are not worth it – they’re slow, lack important security features, have buggy apps, and can’t unblock streaming sites.

But if you really want to use a free VPN, we recommend ProtonVPN for Linux. It has an app that works on Ubuntu and Fedora and supports manual setups on other distros. The free plan gives you access to servers in three countries, fast speeds, and a no-logs policy. Upgrading to the paid plans gives you access to streaming and P2P support, Secure Core servers, and an ad blocker.

Does Ubuntu Have a Built-in VPN?

Ubuntu has a built-in VPN manager – it’s called Network Manager. But it’s not an actual VPN. Instead, it’s a GUI app that’s used to configure your network settings. You can also use it to set up and manage VPN connections. To use it, you’ll need to download OpenVPN files from a VPN provider.

Does Kali Linux Come with a VPN?

Kali Linux doesn’t have an actual built-in VPN, but it has the Network Manager. You can use it to configure VPN connections using OpenVPN files from a paid VPN service.

We think NordVPN is the best VPN for Kali Linux. It’s easy to use, has very fast speeds, and offers excellent security features.

What’s the Best VPN for Ubuntu?

NordVPN is the best VPN for Ubuntu in our opinion. It’s intuitive, fast, and very secure. But Surfshark is a really good alternative because it allows unlimited connections with one account.

Other good options include:

According to our tests, NordVPN is the best VPN for Linux Mint. It’s very user-friendly, has high-end security, unblocks top streaming sites, and is very fast.

If you want alternatives, we recommend trying out:

All the VPNs in this article are good Linux VPN services. But it’s up to you to decide which one is the best. If you can’t make up your mind, we suggest trying NordVPN. It’s very easy to use on Linux, it’s extremely secure, and it has really good speeds. And it backs all plans with a 30-day money-back guarantee, so you buy with no risk.