Best VPN Protocol For Gaming To Use In 2023 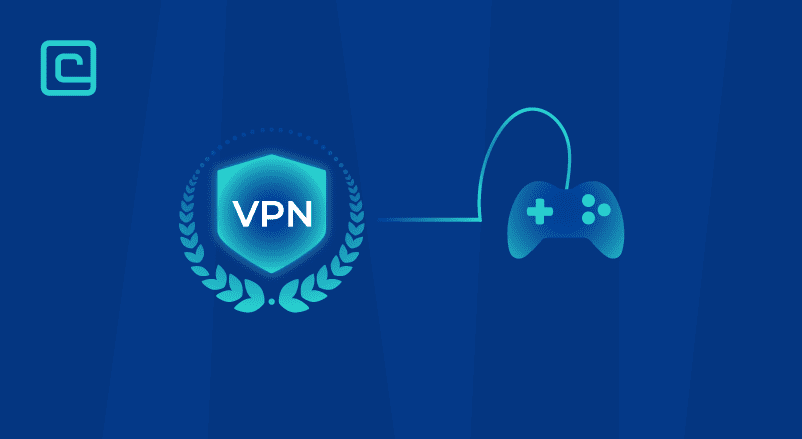 In simple words, a VPN protocol is a set of rules that instruct how your data routes between your device and the VPN’s server. Different protocols operate differently, meaning that not every protocol is equally adept for gaming. So, why use a VPN protocol for gaming, and how to pick the best one?

WireGuard is widely regarded as the best VPN protocol for gaming. It’s light, secure, and most importantly, very fast. Moreover, WireGuard works excellently across all platforms, making it a great gaming protocol for both mobile and desktop gamers. But, it’s far from being the only gaming VPN protocol you can use.

Get NordLynx: a WireGuard-based protocol for Gaming

Which VPN Protocols Can Be Used For Gaming?

There are a handful of VPN protocols that you can use for gaming to improve your network speed and stability and add an extra layer of protection. Here’s a closer look at the best VPN protocols for gaming:

Compared to other standard protocols we’ve listed on this page so far, the WireGuard protocol is still relatively new. However, it is by no means an experimental protocol. It has a proven track record of delivering features that are ideally suited for gaming activities.

WireGuard is significantly lighter than OpenVPN, containing fewer lines of code. This means that it’s faster than OpenVPN. Moreover, it’s also easier to audit. While WireGuard isn’t free of its deal of drawbacks, the advantages heavily outweigh the pros. This makes WireGuard the best protocol you can find at most trusted VPN services.

Get NordLynx for gaming with NordVPN!

Moving to the first of the two more specific protocols that you’ll only find at exclusive services, NordLynx is a protocol only available with NordVPN’s service. This is a new-generation protocol designed to offer the best speeds. More precisely, it can deliver fast and stable connection speeds up to two times faster than other protocols.

NordLynx is light, like WireGuard, but manages to avoid some of WireGuard’s security flaws and offer the best of both speed and security. If you want the best VPN for gaming and the best protocol for gaming, you can’t go wrong with NordVPN and its outstanding in-house protocol.

OpenVPN is the default VPN protocol you’ll get with most VPN services. It’s very easy to configure, so you don’t have to be a tech expert to set it up for playing games. It uses solid encryption, securing your real IP address and gaming sessions.

However, it does take a bit more time to encrypt your data compared to other protocols. This means that it can be a bit slower at times and can affect your gaming experience. So, while it is a safe and trusted open-source protocol, it’s perhaps not the best choice for fast-paced FPS and sports games.

IKEv2/IPSec is particularly convenient for mobile gaming, thanks to its ability to resist sudden network changes. This “always-on” capability can be very valuable if you’re gaming in a situation where your device can switch from mobile data to Wi-Fi and vice versa.

The L2TP/IPSec combination works well for gaming, as the latter protocol ensures network security while the former handles the data tunneling part of the process. It offers solid gaming speeds and reliable protection. While it falls behind the best VPN protocols, it still ranks pretty high overall.

L2TP/IPSec can’t be disguised on another port as other VPN protocols can. In other words, this protocol is easier to block. Because of this, you might experience restrictions in some online games with more powerful blocking tools.

Lightway is ExpressVPN’s open-source protocol available on all major platforms and routers. This protocol has only 2,000 lines of code. This is fewer than any other VPN protocol currently out there.

Lightway uses wolfSSL, a third-party vetted cryptography library with impeccable security features. Similar to IKEv2/IPSec, Lightway possesses an “always-on” functionality that allows seamless transition between networks without you having to do anything.

Are All VPN Protocols Suitable For Gaming?

No, not every VPN protocol is suitable for gaming. Some might even have an opposite effect on your gaming experience, as they are optimized for other online activities and don’t perform well for gaming.

At face value, PPTP might seem like a perfectly suited protocol for online gaming. But, it has one glaring flaw that you shouldn’t overlook. Namely, while PPTP is undeniably fast and offers great gaming speeds, it also comes with very weak encryption.

Many cybersecurity experts consider PPTP an obsolete protocol that sacrifices security for speed. Of course, if you don’t pay much attention to security, you can still use this protocol to play games. But, if you want both speed and a solid level of security, it’s best to stick with a protocol like WireGuard.

Comparing it to the previous protocol, the main reason why you shouldn’t use SSTP is opposite to the one above. SSTP offers great security and encryption, but its speed is too slow to support fast-paced online gaming.

Moreover, SSTP is only available for Windows. So, even if the VPN offers this protocol in its lineup, you can’t use it for mobile gaming. To add to this, SSTP is owned by Microsoft. And, considering the company’s ties to the NSA, this is a bit concerning for privacy-oriented gamers.

Yes, using the right VPN protocol for gaming can improve your network performance and increase connection speed. This is true if you use a VPN protocol optimized for speed and stability like WireGuard, NordVPN’s NordLynx, or ExpressVPN’s Lightway. Other standard protocols like OpenVPN and IKEv2/IPSec are also great.

How To Choose the Best VPN Protocol For Gaming?

Is It Legal To Use VPN Protocols For Gaming?

In most countries, it’s perfectly legal to use a VPN and all of its supported protocols for gaming. That said, some online games don’t approve of players using VPN protocols, as doing so can give them an unfair advantage. So, make sure to read the game’s T&Cs before playing games using one of the top VPN protocols.

When you want to play online games with minimal lag and maximum security, you should only use VPN protocols that are proven to be capable of meeting both criteria. Every VPN protocol will slow down your connection a bit. But, the degree to which it does so can vary drastically depending on the protocol itself.

Considering all of this, the WireGuard protocol is currently the best gaming protocol. It’s available with multiple VPN services and delivers excellent connection speed and solid protection. Even more so, if you sign up with a premium VPN like NordVPN, you can also choose between industry-leading protocols like WireGuard and NordLynx.