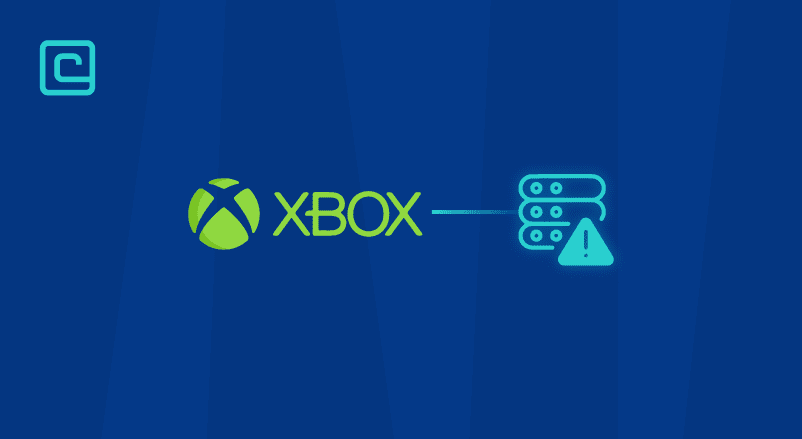 Online gaming on the Xbox One console allows you to go up against players from all over the world, have fun with your friends and meet new people. Unfortunately, this gaming experience often comes with a long list of challenges, with one of the most frustrating ones being packet loss.

The higher the packet loss, the more hindered your gaming session will be. If you find your sessions lagging or crashing, what can you do to resolve high packet loss problems on the Xbox One console?

You can manually fix packet loss issues by restarting your internet router, tailoring user settings, fixing improper configuration, resetting your Xbox console, or, if your schedule allows it, avoiding peak session times. Alternatively, you can also improve packet loss by using one of the best VPNs for Xbox and enjoy a faster and more stable connection.

Get the best XBox VPN

What Does High Packet Loss Mean on Xbox One?

When playing online games or streaming content through your Xbox One console, you’re continually exchanging data bundles (packets) with the game servers you’re accessing. Any data that doesn’t make it to its intended destination is called packet loss.

Packet loss is one of the most severe issues that can affect your connection and make your gaming experience frustrating. High packet loss can manifest in several ways:

What Causes a High Packet Loss on Xbox?

Usually, a high packet loss occurs because of network congestion. In other words, this problem occurs when the network can’t accommodate the user traffic and starts losing data in transit in an effort to keep the entire network from crashing.

Apart from network congestion as the most common cause of packet loss on Xbox One consoles, it happens that packet loss occurs because of server-side leaks and improper configuration.

Additionally, the issues can come from the user’s end as well. Wrong cables for a wired connection, poor channel signal, or home network interference can all cause your connection to drop data packets between your console and the game server.

What is a Good Packet Loss for Xbox One?

While no gamer wants to experience packet loss on his Xbox One, keep in mind that almost every network tends to drop packets. Although we don’t want to say that there is such a thing as “good packet loss”, there are specific ranking standards that are used to measure packet loss for Xbox One:

How Do I Troubleshoot for Packet Loss on Xbox One?

Before you can attempt to fix packet loss on your Xbox One, you first need to do some troubleshooting to discover the reason why you’re experiencing high packet loss. Is it because of server-side leaks, your connection issues, or is there anything else? Here’s a helpful step-by-step guide on how to troubleshoot for packet loss on Xbox One:

How Do I Fix High Packet Loss on Xbox One?

Packer loss is undoubtedly an annoying issue nobody wants to deal with during a gaming session. Luckily, there are many straightforward methods you can try out, with most of them taking just a few seconds of your time. Below, we’ll go over some of the best tips on how to fix Xbox One high packet loss:

Disconnect From Your Home Network (Even Through a Hard Reset)

The first thing you can do is disconnect your console from the home network, restart your Xbox One and reconnect. In most cases, this works, as any troublesome code or temporary program issues are wiped, and your Xbox connects with a “clean slate”, without any pre-existing errors.

Additionally, if this doesn’t work, you can also perform a hard reset. You can do so by holding your console’s power button until it shuts down. Then, you should unplug the power cable, wait for a few seconds, plug it back in, and turn it on.

Switch to a Wired Connection

There’s no arguing that a wired connection will always outperform a wireless connection, especially on data-heavy tasks. At the same time, most Xbox One players connect their consoles to the Internet using Wi-Fi. If that’s the case with you as well, plugging in an Ethernet cable and switching to a wired internet connection is guaranteed to make a drastic improvement.

Equally an unglamorous tip as a previous one, but nonetheless one that’s very effective in fixing connection timeouts and data packet loss issues. Sometimes, simply restarting your router can help with ISP throttling and may reduce packet loss. When it comes to this, there isn’t any complex science. Just turn off your router, unplug it from the outlet and wait for a couple of minutes before you plug it in and turn it on.

The peak times for playing games online include the timeframe between 7 and 10 PM. This is when most gamers, regardless of their age, have some free time to play online. This means that the servers are the most crowded during these hours, so the server connections are more likely to suffer performance issues.

To minimize the chance of experiencing packet loss, you should ideally avoid playing games online within this timeframe. Of course, this tip might not be practical for everyone, as some gamers can only play at specific times or days of the week.

Not to get too much into the specifics of what this does, but you can quickly and easily clear your alternate Mac address to see if it helps reduce packet loss. To do so, you need to go to Settings, then Advanced Settings, where you’ll find the Change Settings option. There, you can select Alternate Mac Address and choose Clear.

Use a VPN Connection

Lastly, in some cases, a VPN can be your only hope for fixing high packet loss on your Xbox One. When you use a VPN, your data will be sent through the tunnel more efficiently, thus minimizing packet loss. Although all VPNs slightly increase ping, if you use a quality VPN service, the tradeoff is well worth it, as you’ll see a noticeable improvement in your packet loss percentages.

Here’s a quick guide on how to use a VPN to fix packet loss:

NordVPN is the best service for resolving Xbox One high packet loss problems. Its huge network includes over 5,600 servers, all but one (in the UAE) supporting the impressive NordLynx protocol.

Its world-class security features even include DDoS protection, enabling you to game in maximum safety. Apart from gaming purposes, NordVPN is a very capable performer in all other fields. It offers features like server obfuscation, double VPN protection, and split tunneling. It can keep your Internet use safer and more convenient, helping to protect you from various online threats and connection issues.

Despite being full of great features, NordVPN is very user-friendly. Its support is one of the best around, and its site offers guides and answers to everything VPN-related you would look for. And, as it supports a number of routers and has a Windows app, setting up NordVPN with your Xbox One is a piece of cake.

Because of its low subscription prices and unlimited connections per plan, Surfshark is often the first choice of many users on a budget. But, in addition to these perks, Surfshark is also one of the best gaming VPNs and a great choice for resolving high packet loss issues on your Xbox One.

It offers more than 3,2000 RAM-only servers, each with private DNS and WireGuard support. It has at least one 1 Gbps port on every server, and many servers have 10 Gbps ports, so you can rely on super-fast connections for gaming purposes. It doesn’t log any of your activity data and uses strong 256-bit encryption.

Atlas VPN offers 750 servers in 44 countries worldwide. While this isn’t a particularly massive network, all of its servers support WireGuard, an outstanding protocol that can deliver superb gaming speeds. Moreover, all servers come with private DNS, so you can count on privacy when using this VPN.

The service has top-notch encryption, a kill switch, and several favorable privacy and security features, such as a Tracker Blocker and Data Breach Monitor. Atlas VPN is one of the few services that allow you to connect an unlimited number of devices. What’s more, it’s also the best VPN that offers a free plan, giving you a chance to try it out for your Xbox one without paying any money upfront.

PrivateVPN is a very flexible service that is perfect for both beginners and experienced VPN users. It covers more than 200 VPN locations and supports a number of standard VPN protocols. PrivateVPN allows you to connect up to 10 devices simultaneously and is a very user-friendly service with around-the-clock customer support.

Not only will it easily help you to lose fewer data packets, but it can also ensure smooth and stable gaming sessions. This is because PrivateVPN has a proven uptime of 99.98%. In other words, you never have to worry about connection drops, lag, or similar issues with this VPN. Also, even if the connection drops by chance, there’s a kill switch to protect you from any data leaks.

ExpressVPN is one of the most robust VPNs you can use to fix Xbox One packet loss issues. It’s a fast and safe VPN based in The British Virgin Islands. ExpressVPN’s in-house Lightway protocol is a modern and light protocol excellently suited for gaming.

And, with thousands of servers placed across the entire world, you’ll have no problem finding a nearby location for the fastest connection possible. Plus, ExpressVPN employs TrustedServer technology. This includes running every server on RAM and opening its network to independent audits to ensure everything is up to par with the highest standards.

How to Fix High Packet Loss Xbox One – Summing it Up

It happens that Xbox One high packet loss can be fixed by simply restarting either the router or your device, or switching from a wireless connection to a wired one. Sometimes, when this does not work, this usually means that your Internet service provider can throttle your gaming traffic.

A VPN, in this case, would be the best solution as it can bypass ISP throttling and fix the packet loss. And, the five best VPNs we’ve picked for you are guaranteed to improve your connection and minimize packet loss.

If it still doesn’t help, it is best to contact technical support offered by Microsoft for further assistance.