Does Popcorn Time Still Work in 2023? 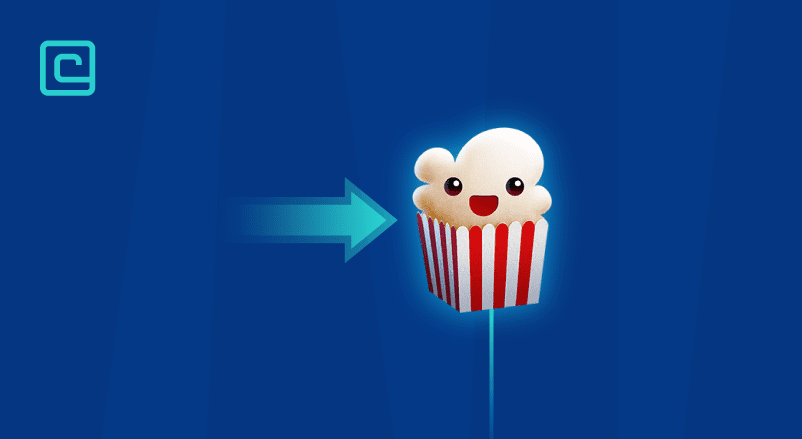 With all the fuss about Popcorn Time over the last couple of months, people are still wondering whether it works or not. Well, the answer is yes, but it depends on a certain number of factors. So, today we’re going to discuss Popcorn Time and everything you need to know about this software for streaming movies and series.

Popcorn Time is still working up to this day and it will continue to work. However, the sole nature of this platform is to allow users to stream, download, and watch media files like movies and videos. And, with the significant loss in interest among users, Popcorn Time is not what it used to be.

Everything went down in January 2022 when Popcorn Time was shut down and the Popcorn-Time.tw website was no longer available. However, just in a couple of weeks, another website emerged, the Popcorn-Time.xyz which is currently running up to speed, but with the lack of new shows and movies. You can still use Popcorn Time to watch old content since there’s no one left to upload new content.

What Is Popcorn Time and How Does It Work

Popcorn Time is specially designed open-source software where users are allowed to download or stream all sorts of media. Even though this platform uses torrent technology for downloading and uploading, it still differs a bit from traditional torrent clients.

Meaning, with Popcorn Time, you don’t have to wait for the file to download completely before you can watch it. The media player integrated into this platform will start playing the video as soon as enough of the file has been downloaded.

First, when you choose a movie to stream you connect to the torrent tracker and a peer network.

After you’ve joined a peer, they’ll send you the video file, and you’ll start downloading it with a torrent client. The distinction between standard torrenting and using Popcorn time is that it downloads the file chunks one by one.

For example, when using regular torrenting, random pieces of a file are usually downloaded without any order:

With Popcorn Time the downloading is sequential meaning it prioritizes the video content pieces that are at the beginning of the file:

The app downloads the starting file bits immediately this way allowing it to stream the movie while it is still downloading.

Is Popcorn Time a Torrent App?

Yes, Popcorn Time uses torrent technology, but it’s not your typical torrent app. With a traditional torrent client like uTorrent or BitTorrent, you first have to download the entire file before you can watch it.

With Popcorn Time, on the other hand, you can start watching the video as soon as enough of the file has been downloaded. This is possible because Popcorn Time downloads tiny parts of the files from different users that already have that specific file.

But, as with any other torrent app, the problem is in the legality of the actions. Therefore, it might be a good idea to use VPN for popcorn time, so you can stay safe and anonymous while using the platform

The history of Popcorn Time is quite fascinating. It all started back in 2014 when a designer called Abad decided to create a project that would allow users to stream movies and series online. It was, at that time, quite hard for Argentinian folks to watch new movies and series without any trouble. It was mainly hard because the internet connection was not that good, so other streaming platforms were not an option.

That’s how Abad came up with the idea of Popcorn Time. He wanted to create a platform that would allow users to watch movies and series without any hassle. However, he soon realized that he couldn’t do it alone and reached out to other developers for help.

It took them around two weeks to come up with a working prototype. And, in just a couple of days, the first version of Popcorn Time was released to the public. Next, Abad reached out to some of the most popular social media for tech lovers, the Hacker News forum, and everything blew up from there. It wasn’t long after that until hundreds of people started using the software.

However, things took a turn for the worse right after the release as some of the biggest names from Hollywood started to make legal threats, and the developers had to face many issues.

Developers were afraid of the actual lawsuits and decided to shut down the project. But, in just a couple of weeks, another group of developers decided to bring it back and Popcorn Time was once again available to everyone.

This time around, the developers were more careful as they were from the YTS group which was already supporting Popcorn Time with torrent links. The trend of Popcorn Time was spreading like a virus and not long after, some of the most successful teams in this field picked the project up and decided to make an Android version for the EU market.

They faced the same problem as the first team of developers, but this time the EURid registry suspended their website domain that was at that time time4popcorn.eu. On top of that, the U.K.’s High Court issued a rule that all internet providers in Great Britain needed to ban every activity and website that had something to do with Popcorn Time.

This created a solid path for everyone who once had a dispute with Popcorn Time’s original designer, Abad, and allowed them to pursue him and his team of developers.

To make things worse, Motion Picture Association (MPAA) joined the battle as they were the main force Popcorn Time had to deal with the whole time. While that was all going on, the streaming niche was slowly getting more and more popular and other streaming platforms were improving their design and overall service. This led to a slow, but steady, drop in interest of all users who once loved watching movies and shows on Popcorn Time.

Even then, developers never gave up as they constantly improved the software and in August 2015, they released the popcorntime.io version of the project. But, the MPAA and other movie studios never dropped the ball as they pursued every team of developers that worked on Popcorn Time.

The fight went on until January of 2023 when, finally, the last version of Popcorn Time was shut down. The reason for this was quite simple – all teams of developers gave up as they could no longer handle the pressure from movie studios and other copyright holders.

With the last announcement, ”the world doesn’t need Popcorn Time anymore.” everything ended, and it’s safe to say that we won’t be seeing any new versions of this software in the future. The only thing that’s left at the moment is the Popcorn-Time.xyz which contains some of the movies and shows that were once popular and hot.

What to Do if Popcorn Time Does Not Work

Since Popcorn Time is partly working at the moment, you shouldn’t experience any trouble watching shows and movies there. However, if you can’t access Popcorn-Time.xyz, the problem might be on your side.

If you’re still having trouble, try using a VPN. A VPN will allow you to change your IP address and access Popcorn Time from a different location. This means that Popcorn Time is safe to use and won’t cause any problems.

But the best thing you can do is to choose a different streaming app like Hulu, Plex, Crunchyroll, or Kodi. These apps are quite similar to Popcorn Time, and they’re all working without any issues. Most importantly, these apps are constantly updating their content which allows you to enjoy watching the latest titles and series.

In the light of everything we said above, it’s clear that Popcorn Time is not what it used to be. There’s no coming back from the dead for this project, and even if someone manages to bring it back, it will only be a shadow of its former self. Anyhow, it’s a good time to switch to one of the many other apps in this field as they’ll provide you with a much better experience. Besides, who knows, maybe your new favorite app is just around the corner.