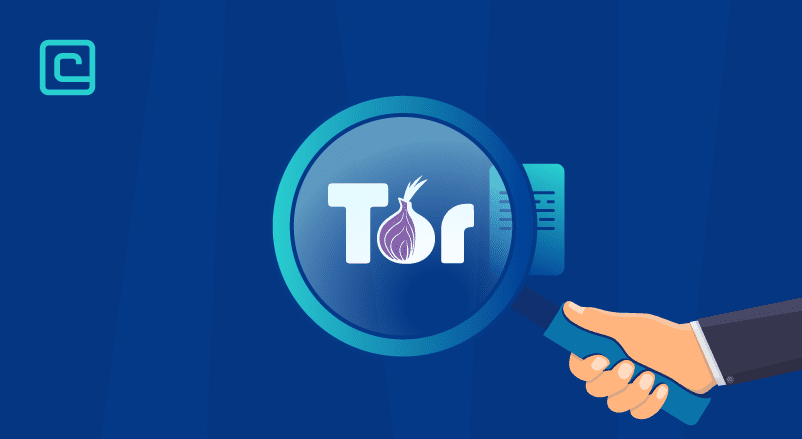 Tor, or The Onion Router, is a free, community-driven software intended for anonymous web browsing. Although its 100% anonymity claim is debatable, it is still one of the most effective ways to access the internet freely. This has boosted its popularity in recent years. Today, everyone from regular web users to journalists to activists to corporate professionals uses Tor to browse the web without having to reveal their web location or identity.

But this popularity brings up an obvious question: Is Tor illegal?

No, Tor is not illegal. It’s a legal software that you can safely download and install. However, if you use it for illegal content such as drugs, piracy, cybercrime, and financial fraud, it can get you in trouble. In other words, using Tor for unlawful means will make your action illegal.

To reiterate, the Tor Browser or any of the Tor Project’s applications are 100% legal. You can use them to safeguard your privacy online for free. But, as you can see, there’s a thin line between their legal and illegal applications. So, let’s take some time today to understand the legality of the Tor Project and a few of its use cases.

Before we dive into the use cases, it’s important to understand how and why Tor is not illegal. It’s because Tor is meant for anonymous communication, which is not explicitly illegal in many parts of the world. You using software to hide your IP address and become near-anonymous does not fall under a legal lens. At least in the USA and other developed and free countries.

In contrast, consider illegal software like Popcorn Time and YouTube Vanced. They exist as a way to stream pirated movies and stream YouTube songs respectively. Both these actions are illegal in their own regard.

To borrow another example, we all know that using BitTorrent for peer-to-peer file sharing is legal. What makes it illegal is the practice of downloading copyrighted content. Similarly, the Tor Project itself is a simple and free privacy software. It is what you do with it that brings the question of legality.

This article will hence focus on common Tor applications that fall on either side of the legal spectrum.

Legal Use Cases of Tor Browser

Here’s a list of some of the most common legitimate applications of Tor Browser:

Illegal Use Cases of Tor Browser

As a user, you should pay more attention to the following illegitimate applications of Tor:

As you can see, more than one application is categorized as both legal and illegal. Therefore, the thing that makes an activity illegal is its intrinsic nature. If you feel the activity is illegal – using Tor or not – it’s best to avoid doing it.

Whistleblowing is considered illegal but according to free speech activists including the Electronic Frontier Foundation (EEF) it falls under a journalist’s rights and responsibilities. In fact, the EEF endorses Tor as a useful software for the ordinary public against surveillance.

Tor is also used for credit card fraud, defamation, cybercrime, and arms dealing that are intrinsically illegal. We haven’t mentioned them along with the use cases as they are also uncommon. As an easy rule of thumb, avoid using Tor for doing something that you would otherwise not do due to legal consequences.

That brings us to the next obvious question.

Can you get in trouble for using Tor?

No, you cannot get in trouble for using Tor if you use it legally to surf the web, make secure communication, or create a fake profile on a social networking site. However, you can be at risk if you engage in illegal activity such as downloading pirated content, engaging in drugs or arms deals, or doing financial fraud. Tor’s exit nodes will still hide your tracks but it may invite legal trouble if you get caught by the police.

If the question is simply about using Tor as a software, the answer is still no in most parts of the world. Using Tor is not against the law. In countries where cyber laws specifically discourage anonymity and encryption systems like Tor and VPNs, you may be well advised to not use this software.

In our experience, there have been no widespread actions reported by general Tor users. However, Tor exit-node operators have faced legal wrath in several parts of the world including the United States, Austria, and Germany. None of these matters to general users like you and me. (Boing Boing has a cool example of getting an FBI subpoena related to Tor, if you’re interested.)

Is it legal to access the dark web using Tor?

Yes, it is legal to access the dark web using Tor as long as you don’t commit a crime. The case for the dark web is the same as that for Tor which we described in the sections above.

If you open your laptop tomorrow, connect to the Tor network, and access a dark web marketplace like AlphaBay, you will not be questioned. What you do next will decide if you tread beyond the line of legality. For example, if you were to buy something from an illegal arms dealer via this marketplace, you will most likely be committing an illegitimate activity. Such an act is illegal in most parts of the world.

Illegal activities on the darknet

Here’s a list of illegal activities or transactions that you should avoid on the darknet:

How Legal is Tor Browser in Different Countries?

In general, Tor is a legal software that’s not specifically banned anywhere. In fact, it is widely celebrated as a beacon of sophisticated privacy protection.

Countries instead have bans or mere restrictions on privacy and anonymity tools like VPNs and proxies. While some countries like China cite national security to justify censorship of such tools, others like Saudi Arabia resort to outright banning of the entire internet ecosystem.

There is no specific answer to the question on Tor’s legality in different countries. In some cases, Tor might just not work in a specific region. In other cases, users may have to do with the unavailability of active exit nodes. We also found that Asian, Middle Eastern, and eastern European countries are more likely to limit users from accessing the Tor Project than western countries.

We have used official Tor statistics and news articles to list some countries where the Tor Project and its users have been in trouble, especially with the government in power. Check out the legality of Tor applications in different countries below.

1. Tor is banned in Russia

In our research, no country has specifically targeted Tor except for Russia. Tor reports that Russians made up nearly 15% of its user base before the ban came in late 2021. The reason given by Russia’s media regulator Roskomnadzor was that the website contained “information that ensures the operation of tools that provide access to illegal content.”

Turkey blocked access to Tor in 2016. However, over the past few years, Tor is back in action there, as well as in neighboring countries.

3. Iran and Egypt users need a bridge to connect to Tor

Iran is another country where Tor is likely banned. We’ve found reports where users from Iran were forced to use a bridge node to connect to Tor or any other privacy tool. We assume this is because the Iran government doesn’t like its citizens bypassing censorship.

In Egypt, Tor was widely used as a tool for dissent. There is no outright ban in the country but users still need a workaround to access it.

4. United States of America (US) and Canada consider Tor legal

Is Tor Legal in the USA?

Yes, using Tor is 100% legal and safe in the USA and Canada. As long as you stick to legitimate applications like privacy protection and anonymous web surfing, you will be fine.

France has been vocal about its aim to ban Tor, but as of 2023 users can still access it. Germany, the Netherlands, and Belarus have been known to restrict exit nodes. This does not outrightly ban the service but makes it difficult for users to utilize Tor efficiently.

Both the Asian countries have been critical of Tor’s probable use as a censorship evading tool. However, in our research, users from both countries were able to use Tor for surfing.

8. Australia, New Zealand, and others

Using Tor is legal and safe in both countries. Any other country not listed in this section also likely considers Tor as just another privacy tool. There is no ban in place.

So, is Tor illegal? The answer is no. If you use the web to shop, social networking, and search for information, Tor can be an essential privacy tool. Its open-source nature and ease make it a great option for most people. Tor then works as a filter between you and the web and helps protect your privacy to an extent.

Things get murky when you use Tor to access hidden services on the dark web. You may be committing a crime without even realizing it. This can have serious consequences despite the acclaimed privacy that Tor provides.

Here are answers to a few commonly asked questions about Tor’s legal status.

Can you be tracked on Tor?

Yes, in some rare cases you may be tracked when using Tor. If an exit node that you are using is compromised, a system can be developed to trace your web location and/or analyze your traffic.

Yes, Tor Browser is a legal software that offers anonymous web browsing and built-in privacy protection. Tor Browser and Tor Messenger both are part of the Tor Project.

Is Tor affiliated with the US government?

Yes, Tor was originally developed in partnership with the US government’s intelligence community. The project is partly funded by the government as well as private companies and NGOs. However, Tor claims to be fully independent.

No, Tor is not a VPN. While both the tools use a similar approach to encrypt and tunnel your traffic, Tor makes use of community-driven exit nodes to do so. It is also an open-source project whereas a VPN is considered a proprietary software.

What countries is Tor blocked in?

As of 2023, Tor is blocked in Russia, China, Turkey, Iran, and Egypt. Countries like Uzbekistan, Bahamas, Lithuania, Korea, Cameroon, Vietnam, and Venezuela have restrictions in place.