VPN vs Tor: Which One Is the Better Choice for You? 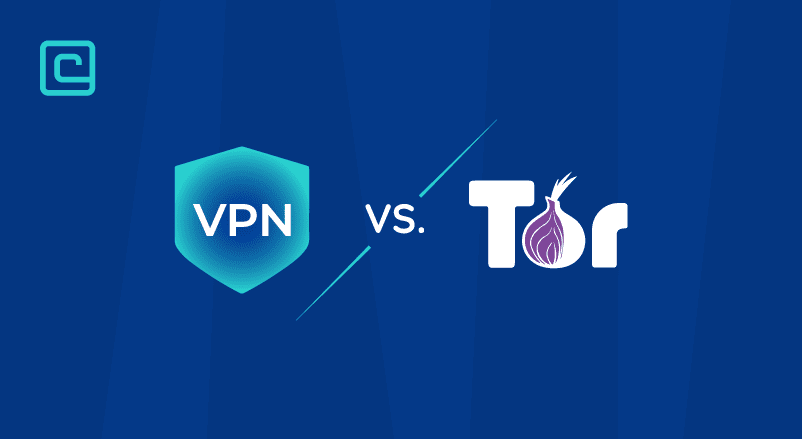 The Tor vs VPN debate is a tough one. Since the underlying tech is similar, we must consider their differences carefully. But how exactly do Tor and VPN vary?

The main difference between a VPN and Tor is how they hide your traffic. While a VPN uses a proprietary server to mask your IP address, Tor uses a decentralized relay network (called onion router). Tor is free, independent, and open-source, whereas a VPN is a commercial software. You should ideally choose the one that fits your needs and budget.

Of course, there are a lot of moving parts in this comparison. And that is what this short guide is about. Let’s settle the Tor versus VPN debate once and for all.

Tor is a free and open-source software founded in 2002 designed to help browse the web anonymously. Officially known as the Tor Project, it utilizes the onion routing technology to encrypt and conceal your traffic. Tor is short for The Onion Router.

Tor works using relays (or nodes) managed by volunteers spread across the globe. When you use Tor, your web traffic moves through these independent nodes. Such a decentralized network tunnels and encrypts your traffic, detaching you from your web activities. Anyone who might want to track you cannot link back the activities to you. Neither can they see or analyze the content of the traffic.

This decentralized network is called onion routing because of its multi-layered infrastructure. Your traffic is encrypted over and over again, thus mimicking the construction of the vegetable. While Tor has its shortcomings, you should know that its main aim is to prevent traffic analysis. Criminals may still use sophisticated methods to hack the Tor network for traffic surveillance.

No, Tor is not a VPN but it works like one and has similar operations and applications. Because of its multi-layered encryption, Tor is wrongly considered a free VPN.

Then What About Tor Browser?

Tor Browser is the project’s flagship product. You can use the browser to surf the web privately. Your connection is automatically routed through the Tor network, thus hiding your IP address and traffic.

Tor Browser was launched in 2008 and has been synonymous with Tor since then. Today, when we talk about Tor, we mean the browser. It’s a direct competitor to mainstream browsers like Google Chrome, Safari, Opera, and Firefox.

A VPN or virtual private network is a software that encrypts your traffic and routes it through a random server. This action is called tunneling, which hides your traffic from interceptors such as your ISP or the government. In other words, it creates a private network within the larger world wide web. Communicating over this private network helps you isolate your online activities and avoid interception.

While a VPN does not provide 100% anonymity, it does switch your IP address. This helps protect your identity online and lets you bypass geoblocks. VPN servers are typically spread across the globe, so you can change your location to virtually any city in any country.

VPNs majorly use tunneling protocols and encryption standards to give protection. While many of these protocols and standards are open-source, VPNs are generally built and offered by private companies.

Differences Between Tor and VPNs

The key difference between Tor and a VPN lies in the tunneling and encryption operations. While Tor uses a decentralized relay network to encrypt and hide your traffic, a VPN provider uses its proprietary software and servers to do so. Moreover, Tor is a free and open-source browser. A VPN will cost you money but it encrypts your communication across applications.

However, the underlying theory behind both Tor and VPNs remains the same. Both depend on bit-based encryption and server-hopping to ensure forward secrecy (anonymous communication). And both have evolved from the central idea of maintaining user privacy while browsing the web. While Tor uses a community-powered relay network, a VPN provider uses its R&D power to facilitate private communication.

However, a VPN provider is still a for-profit company and has to follow government guidelines. Subscribing to a VPN involves a money trail and some providers may also engage in data logging. None of these are relevant to Tor, which makes it a better choice for tech entrepreneurs, security professionals, and hackers.

There is another difference: Tor Browser is a recent invention while VPNs have existed since the internet boom of the late 1990s.

Now that you know the major differences between Tor and virtual private networks, let’s look at their differentiating factors. These will help you decide which one to choose.

In some cases, VPNs and Tor are similar to each other:

VPN or Tor: How Do They Compete?

The major differences between a VPN and Tor are as follows:

Dark web access is why Tor is popular among a certain section of web users such as hacktivists. Although it opens up a whole new world to you, the dark web also does bring problems with it that even Tor legally can’t prevent. This is one area where Tor’s competitor – the good old VPN – fares better.

Bottom line: Prefer Tor if you want to enjoy the free web, hide your traffic, and access the darknet. It’s free to use and has no disadvantages. If you’re new to private communication, try Tor Browser first.

Benefits of Using a VPN

A VPN’s all-around protection is arguably its biggest benefit. I can simply install NordVPN on my Windows computer and stop worrying about privacy invasion across applications.

Bottom line: Prefer a premium VPN if you plan to torrent, bypass censorship, and stream global content. The military-grade encryption standards of a private company will serve you better.

Can Tor Be Used With a VPN?

Yes, Tor can be used along with a VPN to get a stronger level of privacy and security. Generally speaking, the Tor + VPN combination looks great on paper too as you assumedly get double protection. You install a VPN and use Tor Browser over it. This makes Tor route over the VPN tunnel, making you safer and “more anonymous”.

In effect, a “Tor over VPN” connection will nullify the disadvantages of the Tor network. Even if a hacker is able to cut through the Tor network, they cannot see your traffic or web location. Your VPN will conceal you.

However, setting it up will require some advanced technical know-how. The Tor Project discourages using Tor with a VPN due to several reasons. One of them involves making you look suspicious. If you are in a country with internet restrictions, using Tor over VPN may put you under higher scrutiny.

A thumb rule for the VPN + Tor combination is that if you know how to set it up well, go right ahead. Otherwise, you are better off with either. For most cases, use Tor without VPN or just stick to VPN.

VPN vs Tor – Which Is Better?

A VPN provides better privacy protection and safety on the web than the Tor network. A simple reason is how a VPN handles encryption and tunneling compared to Tor’s open-source infrastructure. If you value your privacy, you are better off paying for a premium VPN like NordVPN or AtlasVPN.

Tor is better for users who just want to hide their routine web traffic. If you only use the internet to surf, stream music and videos, use social media, Tor is the best and cheapest option. If you anticipate doing some borderline questionable activities, paying for a VPN might well be worth it.

After all, both tools are meant to protect your privacy, prevent snooping, and avoid legal conawe. If you think your web activities might give you trouble, buy a VPN.