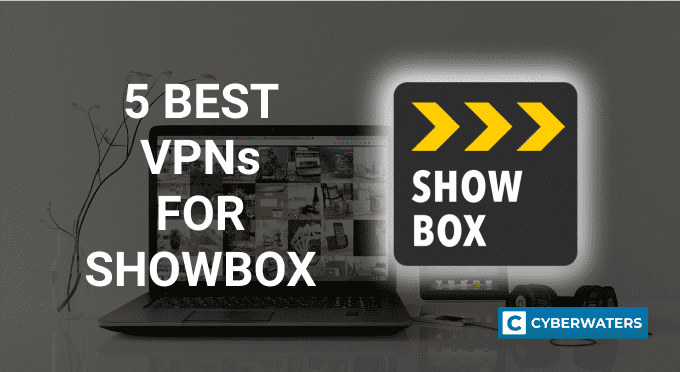 Streaming TV shows and movies online has grown to become one of the biggest and most popular ways to spend some free time. Showbox offers that to do it for free. However, to use it, you need to protect yourself in order not to get caught by your ISP. Showbox uses torrenting which may cause you trouble as the streaming and downloading with it is in some sort of grey area. Let’s look into this.

Here are the best Showbox VPNs:

Essentially, Showbox is a popular Android app that allows you to stream pretty much anything by using torrents. In a way, it is similar to Popcorn Time, and these days, you are not even limited to only using it on Android, but on other devices and systems, as well.

As such, it is like having Netflix, Hulu, and all other streaming apps neatly wrapped up in a single app. You can stream content immediately, or you can download it to your device and watch it later, offline. So far, it sounds great, right? The only problems with it are safety and legality.

NordVPN is a very popular VPN when it comes to streaming, that will let you watch videos in HD thanks to its blazing speeds. The service offers access to over 5,500 servers located in 59 different countries, which puts it into the category of the VPNs with the largest server networks out there.

NordVPN is also very privacy-friendly, thanks to the fact that it is based in Panama, and out of the jurisdictions of data sharing alliances. All of your traffic will get deleted from its servers as soon as you disconnect, and thanks to its advanced security, there is no way that anyone will ever know what you are doing.

With NordVPN, you also get a 30-day money-back guarantee, while its prices are rather affordable for a VPN of this quality.

PrivateVPN is a very capable VPN for streaming with unlimited bandwidth and allows you to connect up to six devices simultaneously. The service supports a massive selection of servers across 200 locations in 63 countries worldwide. All of these servers are streaming-friendly and offer you above-average connection speeds, so you can enjoy streaming your favorite content without any lag.

All of these features aside, it’s also crucial to consider your privacy and security when streaming with Showbox. As we’ve mentioned above, the legal situation with Showbox is very complex, and there’s no way of telling whether or not this site is safe and legitimate. But, with PrivateVPN, you don’t need to worry about this. With strong encryption, an air-tight privacy policy, and a strict no-logs rule, you’re completely safe and anonymous when streaming on Showbox.

Next up, we have Surfshark — another excellent choice that is also based in the British Virgin Islands. Once again, the privacy-friendly jurisdiction allows this VPN to offer a no-logs policy, and stay true to it. As for speeds, Surfshark is a great choice for streaming, as it is very fast and reliable.

Another major advantage of this service is that it offers support for an unlimited number of devices per license. This will let you protect any device you may have, and it even allows you to protect your entire family.

It has a pretty large server network that contains 1700 servers in over 63 countries. It also protects your traffic with excellent encryption and the best security protocols, and it has a 30-day money-back guarantee.

ExpressVPN — a service located in the British Virgin Islands, which is a privacy-friendly jurisdiction that allows this service to stay true to its promise of not keeping logs.

ExpressVPN is also extremely fast for a VPN, which will let you stream or torrent content without buffering or other such issues. Not only that, but it has a massive server network that offers over 3,000 servers in more than 94 countries. this means that there will always be a server nearby, which is important, as servers that are physically close to you allow you to achieve faster speeds.

ExpressVPN also uses top-notch security features, it has pretty affordable prices, and it offers a 30-day money-back guarantee, just in case you change your mind about it.

Then, there is CyberGhost — an old and respected Romanian VPN that comes from yet another privacy-friendly region. This VPN is known for its massive server network that is one of the largest ones in the industry. It features more than 6400 servers located in over 90 countries, which is great for server diversity, and it guarantees server proximity.

CyberGhost is great for streaming and torrenting, as its servers are P2P optimized. It is capable of unblocking plenty of geo-restricted services all over the world, and it will serve you well for Showbox, as well.

Other than that, it is also very safe, and it stands out thanks to its 45-day money-back guarantee, which is significantly larger than the industry standard of only 30 days.

The situation regarding the legal status of Showbox is a bit complicated.

At first, you would think that Showbox is a great alternative to all the paid platforms like Netflix. It is free, and it allows you to access all the content you could ever want, all in one place. However, that’s where the problems begin to emerge.

You see, if you end up downloading copyrighted material, you are breaking the law. If you simply stream such content, you are in a sort of gray area where anything goes. With that in mind, you might be breaking the law, or you might not, and this uncertainty is where the danger lies.

The situation is similar when it comes to the safety of the app. Due to its controversial legality, you won’t find it on Google Play Store. Instead, you need to download it from a third-party website, which comes with its own risks.

Basically, you never know who uploaded the app, or what they may have done to it. It could be infected with malware that could spy on you, crash your OS, or lock all of your content away and demand payment in order to unlock it.

This means that you need to be exceptionally careful when it comes to choosing where to get it from, and even then, there is no certainty that you will get a safe version of it.

How to use Showbox safely

Provided that you somehow managed to obtain an app from a safe source and that it didn’t infect your device with malware, there is still a way to use the app and not get into legal problems, and that is to use a VPN.

With a VPN, you can simply hide all of your Showbox online traffic, mask your identity, and allow you to keep your actions and location private. The only issue is that there are too many VPNs out there today for anyone to immediately know whether the VPN they chose is good enough for the job.

You need a VPN that is fast, has strong security, does not keep logs, and keeps your data private. This is why we have created a list of VPNs that you can actually trust. Here are our top 5 options.

With that, we leave you to decide on your own whether or not using Showbox is a good idea for you. You will certainly have a lot of fun if you decide to give it a chance, although there is no denying that there are, in fact, some dangers that come with using it.

Luckily, you can eliminate most of them by using one of the top VPNs we have selected for you. Only remember to download it from a trustworthy source, and avoid getting your device infected with malicious threats.