Does a VPN Help With Buffering? (How To Reduce Buffering) 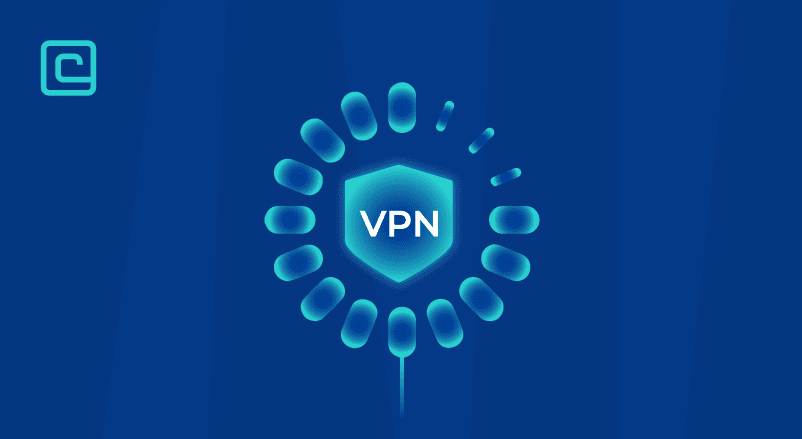 VPNs are great for streaming, as they provide access to more content and protect your data. However, does a VPN also help with buffering when you watch shows and movies?

Yes, a VPN can help reduce buffering by preventing data throttling and providing a more efficient traffic routing. However, a VPN can’t always prevent it when buffering is caused by factors like weak WiFi signal, network congestion, or streaming site issues.

In this guide, we’ll show you what causes buffering, how to reduce it, and we’ll also list the best VPNs that can help reduce buffering.

Can a VPN Cause Buffering?

Yes, it’s possible for a VPN to cause buffering due to its encryption. That increases the time it takes for your traffic to travel from your device to the web server, meaning your speeds will be slower.

If the VPN server is also very far from you, your ping will be high too. The ping represents how long it takes for your device to communicate with the web. So, a high ping will always cause buffering.

That said, keep in mind that a VPN isn’t the only thing that can cause buffering. Even without a VPN, your videos can buffer due to:

How to Reduce Buffering

Based on our research and tests, these are the best 8 ways to reduce buffering:

Just pausing the video and waiting a few seconds or minutes can help. That gives the video enough time to fully load, so you’re less likely to experience buffering while watching.

Higher resolutions make the video file your device needs to download larger. So, it takes longer for the video to load, which results in buffering. This usually happens on smaller screens, like phones — switching from 1080p to 720p is usually a good fix.

Plus, on a smaller screen, your eyes can’t even tell the difference between 1080p and 720p quality.

If you have web-connected apps running in the background, like Skype, Steam, or a torrent client, they’ll also consume your bandwidth. Due to that, your online speeds will be slower, so you’ll be more likely to experience buffering. So make sure you turn off any apps you’re not currently using.

Your ISP could throttle your bandwidth, meaning they intentionally slow down your speeds when you use too much data. That obviously affects how fast videos load. To prevent that, you can use a VPN, which encrypts your data. That way, your ISP can’t spy on it, so they can’t selectively throttle your streaming speeds.

5. Remove Devices from the Network

Too many web-connected devices on a network will hog its bandwidth, causing slowdowns. If you have devices you’re not currently using, disconnect the from the network to reduce buffering.

6. Switch to a Wired Connection

If you’re too far away from the router, your WiFi signal will be weak. In turn, that will cause noticeable slowdowns. If moving closer to the router is not an option, the easiest fix is to use an ethernet cable. Just connect your device to the router, and you won’t have to deal with WiFi signals anymore.

Your browser might be overloaded with too much local cache data, which it always checks when you access a site. So try clearing your browser’s cookies and cache to see if that reduces buffering times.

Check if you’re running the latest version of your graphics card, as outdated drivers might be slower than newer versions. To check for updates, you just need to use the graphics card’s app on your device.

We tested 20+ top VPNs to see which ones provide the best buffer-free streaming experience. According to our results, these are the best VPNs for reducing buffering:

NordVPN is the best VPN for streaming on the market right now. It provides lightning-fast speeds thanks to its NordLynx protocol, which is based off of WireGuard. In our tests, our speeds only decreased by about 13% on both nearby and distant servers. Both HD and 4K videos loaded instantly and never buffered.

We also really like that this provider has a huge server network — 5,000+ servers in 55+ countries. So you can easily use nearby servers to avoid slowdowns. Plus, you don’t need to worry about dealing with overcrowded servers that might slow down your speeds.

NordVPN also comes with split-tunneling, which lets you pick which apps use the VPN and which apps use your local network. That helps you boost your VPN speeds — for example, we only sent Netflix traffic through NordVPN, and that increased our streaming speeds by 40%.

In addition to that, this provider unblocks pretty much any streaming site, like Netflix, Hulu, and Disney+. Also, it provides dedicated IP addresses for an extra cost, which help you avoid VPN blocks on streaming platforms. Plus, its apps are extremely easy to use.

NordVPN allows 6 simultaneous connections and has affordable plans. It also backs all purchases with a 30-day money-back guarantee.

To find out more about this provider, check out our NordVPN review.

Surfshark has very fast speeds and also allows unlimited connections, meaning you can use it on as many devices as you want. So, this provider is a good pick if everyone in your family needs a speedy VPN to reduce buffering.

In our speed tests, 4K videos never buffered — even when we used VPN servers on different continents. Plus, if you’re interested in gaming with a VPN on the cloud or streaming games, Surfshark is a good choice, as we never experienced buffering with it.

With this provider, you also get 3,200+ servers in 90+ countries, so it’s extremely simple to find and connect to a server near you. Plus, split-tunneling is available, so you can use it to increase VPN speeds and lower buffering.

What’s more, Surfshark is really good for streaming, as it works with tons of popular sites, such as Netflix, HBO Max, Crunchyroll, and more. Also, its Nexus feature regularly changes your IP address without disconnecting you from the server. Due to that, it’s very hard for streaming sites to block your VPN connection.

We also like how this VPN’s apps work on all popular platforms and have extremely intuitive interfaces. On top of that, you get very cheap plans and a no-questions-asked 30-day money-back guarantee.

If you’d like to read more about this VPN, check out our full Surfshark review.

Atlas VPN has good streaming speeds, allows unlimited connections, and has great streaming support. When using this VPN, HD and 4K videos always loaded very fast and didn’t buffer. Plus, you get 700+ servers in 30+ countries, so you won’t deal with overcrowded servers that might cause slowdowns.

On top of working with tons of popular streaming services, we really like that most of Atlas VPN’s servers are optimized for streaming. That means they refresh their IP addresses extremely fast, so it’s nearly impossible for streaming sites to block its servers.

In addition to that, this provider’s apps are very intuitive. It’s really simple to navigate the interface, and we like that most settings have helpful explanations.

Atlas VPN has a free plan, but it’s not good for streaming because it limits you to 5 GB per month, which is only enough for 2–3 hours of HD streaming. Fortunately, its paid plans are super cheap and also backed by a 30-day money-back guarantee.

Interested in regarding more about this provider? Check out our Atlas VPN review.

PrivateVPN has great speeds and is a good choice for beginners, as its apps are very intuitive and minimalist. There aren’t too many features, so the design won’t feel overwhelming. Plus, you’ll easily know what everything does from the start.

When we ran speed tests, this provider performed really well. Our streaming speeds only slowed down by 26% on average, which is really good. HD videos loaded instant and never buffered on all servers. We experienced minor buffering with 4K videos on a few occasions, but only when using very distant VPN servers.

While this VPN only has 200+ servers, they are located in 60+ countries. So, it’s very simple to find servers near you to get fast speeds. What’s more, this VPN works with all the popular streaming sites and even offers free dedicated IP addresses, which help you avoid VPN blocks.

PrivateVPN allows 10 simultaneous connections and has some of the cheapest plans on the market. Also, it comes with a 30-day money-back guarantee.

ExpressVPN provides very fast streaming speeds thanks to its proprietary Lightway protocol. It’s designed to be extremely lightweight, so you’re very unlikely to experience any buffering. This VPN also has 3,000+ servers in 90+ countries, so it’s easy to use nearby servers for fast speeds.

What’s more, this provider comes with excellent streaming support. It claims to unblock 65+ streaming services, including Netflix, Disney+, Hulu, and BBC iPlayer. Plus, it refreshes its IP addresses very fast, so it’s very difficult for streaming sites to block it.

Split-tunneling is also available, so you can optimize your speeds to prevent buffering. We also like how user-friendly this VPN’s apps are. We especially love the Shortcuts feature, which allows you to create 1-click connections for specific sites and apps.

ExpressVPN allows 5 simultaneous connections. Its plans are pretty pricey, but it provides excellent value. Plus, it backs all purchases with a 30-day money-back guarantee.

If you’d like to read more about this service, please check out our hands-on ExpressVPN review.

Here are the most common questions we saw people asking about using a VPN and video buffering. If you have more questions, just drop us a line in the comments.

Does a VPN Stop Buffering?

A VPN can prevent buffering, but mostly only if your ISP is throttling your bandwidth. The VPN will encrypt your data, so your ISP won’t know what you’re doing online. Without that information, they won’t be able to intentionally slow down your streaming speeds.

Does a VPN Improve Streaming?

Yes, VPNs are excellent tools for streaming because they help you unlock shows and movies that are not available in your location. The VPN does that by hiding your IP address, which reveals your location.

VPNs also improve streaming by encrypting your traffic, which stops your ISP from spying on it. So, they won’t be able to throttle your streaming speeds.

Does a VPN Help with Internet Speeds?

A VPN might increase your internet speeds if your ISP is throttling them. It prevents your ISP from doing that because it encrypts your traffic. Also, a VPN might route your traffic more efficiently, so that it arrives faster to the web server, which increases speeds.

Other than that, though, a VPN can’t do much to improve your original internet speeds. If they are too slow, the only solution is to upgrade to a faster internet service.

Can You Experience Buffering While Gaming?

Yes, but this usually only happens with cloud gaming, which involves a game being live-streamed on your device’s screen. So, if your speeds are too slow, you’ll experience buffering.

When it comes to online gaming, however, you won’t really experience buffering, but lag. That’s because the game isn’t being streamers to your device in that situation — you’re loading it and playing it directly instead.

However, you can fix both buffering and lags by connecting to nearby gaming servers or disabling background apps. Also, using a wired connection helps too. If you’re worried that your ISP is throttling your speeds, a VPN is the best solution.