Do Streamers Use a VPN (Do You Really Need It?) 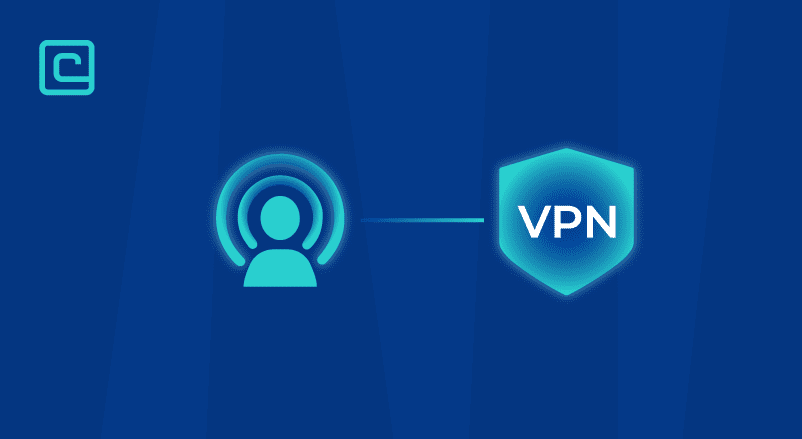 In the online gaming world, the use of a VPN (Virtual Private Network) is the topic of often heated debate. Posts, comments, and entire subreddits argue the pros and cons. Some favor a VPN for privacy, fewer restrictions, and security, while others believe VPNs do nothing but slow them down and hinder the experience.

But what about when things are a bit more complicated? There are a few more factors at play when your connection to the internet is about more than just gameplay. Streamers using platforms like Twitch have some unique concerns to keep in mind when their connection is about playing the game and live streaming it to the world.

With that in mind, do streamers use VPNs?

Yes, many streamers use VPN services to protect their valuable data and stay safe from getting SWATTED by other gamers. Some streamers even successfully use VPNs to improve performance and reduce lag and ping. But, for all of this to be true, you need a top-quality VPN.

Get the Best VPN for Streamers!

What Concerns Do Streamers Have

Whether live streaming on Twitch, YouTube Gaming, Mixer, Dlive, Hitbox, or other services, content streamers have many of the same concerns as gamers but, especially for those with thousands of followers, there is a lot more at stake. That is why many streamers count on a VPN to help with problems like these.

An IP leak is when your IP (Internet Protocol) address is made publically visible. Think of your IP address as the online equivalent of your home address. Allowing access to it is a huge security concern, especially when live streaming. Everyone wants to avoid making their IP address public since it offers hackers entry into your computer and possibly access to your data. Streamers need to be especially careful since a massive number of followers may make them a more tempting target. Using a quality VPN solves this problem since the user’s true IP address is always masked. The VPN uses a virtual IP address linked to a server in another city or country.

A DDoS (Distributed Denial of Service) attack happens when a target IP address is overwhelmed with traffic. These attacks are also referred to as “swarming” attacks since the IP address is swarmed with requests. Since it takes a lot of traffic to make this happen, these attacks are distributed or sent from a large number of computers. This happens in the gaming world when someone wants to gain a competitive edge on another player by slowing down their connection or knocking them entirely offline.

This is a big problem for streamers since their gameplay is so public. Not only do other players want to shut them down, but bad actors may also just want the satisfaction of taking down a big player. In addition to some technical know-how, all perpetrators need is the IP address they want to attack. Fortunately, with a VPN, that IP address is hidden behind a virtual address.

Some streamers may find their location a problem not only for accessing the best games but also live streaming out to the world. Many countries have blocks on streaming sites like Twitch. With the right VPN, streamers can set their location to any country in the world to stream and access games.

Prevent From Being Swatted

The gaming environment can sometimes get very toxic, as some gamers undergo devious actions when they can’t handle a loss. One of the undoubtedly most concerning trends in the online multiplayer gaming world is SWATTING. In short, this is a form of harassment in which someone calls an emergency law enforcement response by reporting a fake crime.

SWATTING is an increasingly prevailing trend in gaming, as it can sometimes have fatal outcomes. Malicious gamers often SWAT other online gamers by using the information readily available to them on the Internet. As your IP address is fairly easy to discover if you don’t have any protection, someone with a bit of technical knowledge can use this info to find out your real physical location.

While this is worrying, you can protect yourself against it with the aid of a reliable VPN for streaming. As a VPN routes all of your traffic through an encrypted tunnel and hides your actual IP address, you’re not sharing any identifiable information with the Internet.

Quality Concerns When Streaming Over a VPN

Game playing and live streaming both require a fast, high-quality, low-latency connection. So, how does using a VPN for streaming impact performance? Some streamers believe that they lose speed over a VPN for gaming due to the extra connections needed to route through another server before connecting to their service. This can affect streaming quality, lowering the bitrate and resolution on the stream and negatively impacting gameplay. While it’s true that a VPN can add additional latency, there is also evidence that the service can improve performance by routing traffic through more reliable connections.

There is also the matter of ISP (Internet Service Provider) throttling. Because the amount of data streamers upload to sites like Twitch, some ISPs throttle bandwidth to and from them. With a VPN, the ISP has no way of knowing where your data is going or coming from and cannot throttle based on the website. This can make a massive improvement in connection speed, especially at peak times when ISPs are more likely to throttle.

How to Stream Securely Without Losing Your Speed

There is a compromise if speed is a concern. Some streamers choose the best of both worlds by using split tunneling. Split tunneling allows specific applications and websites to bypass the VPN and use a direct internet connection. For instance, a user can choose to play a game connected directly to the gaming service and stream using the VPN, therefore ensuring privacy on the stream. Split tunneling is available on some VPNs like NordVPN (for Windows and Android) and ExpressVPN (for Mac users).

Do Pro Gamers Use VPNs?

The answer is yes, and no. The top live professional gamers on sites like Twitch take everything into account when finding the best connection to both game and stream. Two of the biggest concerns are speed and security. Finding the best blend of these two may lead a pro gamer to use a direct connection, use a VPN, or use a VPN with split-tunneling to get the best of both worlds.

To narrow down your picks we found some recommendations.

The services were evaluated by considering what features streamers need the most. Here’s what makes a good choice for streaming on Twitch and other websites:

Here are the best VPNs for streamers:

NordVPN is probably the fastest service out of these three. It released the fast, modern, and secure WireGuard-based protocol which makes the connections much faster.

With 5000+ servers in 59 countries and amazing speeds, the provider is a robust choice for streamers. It has no IP or DNS leaks, uses next-generation encryption, and has an internet Kill Switch.

NordVPN is for those who want to unblock content and use it on their full system, because split tunneling is only available on Android, or by using it’s VPN Browser extensions.

Other than that, the service was independently audited and proven to keep no logs. The apps for Windows, Mac, iOS, and Android passed the security tests too.

Currently, NordVPN offers a good 70% OFF deal with a 30-day money-back guarantee.

Surfshark is a great budget choice with all essentials a VPN must-have. It has more than 1700+ servers in 63+ countries.

It has split tunneling, called WhiteLister, on Windows and Android apps. The unique offer is that it allows connecting an unlimited number of devices with the same account.

The service has no IP or DNS leaks, uses strong AES-256 encryption, and has an Internet Kill Switch. As it is based in The British Virgin Islands it allows them to avoid data retention laws and does not keep any logs.

If you want to bypass content restrictions, it allows using Shadowsocks protocol to unblock any streaming sites, including Twitch.

Surfshark offers a 30-day money-back guarantee on all plans, which can get as low as 1.99$/month.

If you want to have a fast speed, defeat DDoS attacks, use private DNS and always-on protection without any speed drops, then Atlas VPN is the best solution for you.

This VPN has a wide variety of useful features, such as tracker blocker, split tunneling, advanced leak protection, data breach monitor, and powerful Kill Switch along with other great benefits that ensure your online privacy and help to protect your online anonymity. That’s everything you need to understand why streamers use a VPN and why it is important.

When using Atlas VPN, you can connect to more than 750 servers in 27 locations and use this VPN on an unlimited number of devices. What is more, Atlas VPN is budget-friendly so you will be able to get their services for a very affordable price with a 30-day money-back guarantee.

If you’re looking for a user-friendly VPN with solid performance characteristics, PrivateVPN is hard to beat. With over 200 server locations in 63 countries, PrivateVPN makes it easy to go around any geo-restrictions and enjoy streaming content no matter where you are.

With military-grade encryption and strong data leak protection, you can stream without worrying about IP leaks and hacker attacks. And, with unlimited bandwidth and unrestricted server switches, you’ll never have to deal with throttling or high ping when playing and streaming games.

This VPN is an excellent choice for everyone who wants to jump into the game streaming world but doesn’t have extensive tech knowledge. Its apps are super simple to install and make it easy to connect and switch between servers. Even though PrivateVPN apps are loaded with features, they are very nicely laid out and easy to navigate.

ExpressVPN is an excellent choice for streamers as it is a privacy-focused VPN service. All their servers run on RAM-disk which means they keep no logs or personal data.

It allows split tunneling on Mac, Windows, and Android applications. In addition, the router app is also available that lets you set the feature for each individual device on the network.

160+ locations around the globe are available which is great for unblocking content and websites from anywhere. The download and upload speeds are also great which means it will have little effect on ping and performance.

ExpressVPN uses best-in-class encryption and has security features like IP leak protection and Internet Kill Switch. With this service, you can connect up to 5 devices at once with the same account.

While the service is not the cheapest on the market, it offers a 30-day money-back guarantee on all its plans for you to try.

Many streamers use a VPN to protect their real IP address for privacy and performance reasons. Some of them use it for accessing Twitch or to unblock content and games. To have the most out of both worlds some of them use VPN Split Tunneling only for streaming while leaving the rest of the apps unaffected. So yes, some streamers use a VPN. One of the best for streamers is NordVPN as it offers excellent speeds, performance and split tunneling.