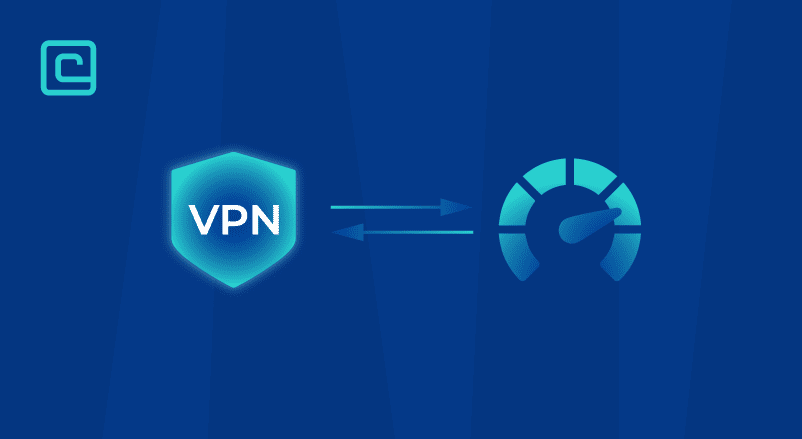 Internet providers throttle torrents (i.e. slow down your speeds) for a couple of main reasons. These include combating piracy and cutting down on bandwidth costs. Of course, by throttling P2P connections like this, ISPs also cause issues with perfectly legal torrenting.

Downloading Linux distros, free music released by artists, large work-related files – you name it. All in all, torrents are pretty handy, especially now with remote work being more widespread than in previous years. That’s why we’ve put together this guide on how to bypass torrent throttling effectively, by using either a VPN or a seedbox.

A quick look at the 2 easy ways to bypass torrent throttling:
Bypass Throttling with a VPN!

What is Torrent Throttling?

When an ISP throttles torrent traffic, they basically slow down your speeds until downloads and/or uploads virtually stop. Or, at the very least, they become impractical for downloading large files.

Technically, what they throttle is the bandwidth reserved for torrenting traffic. Think of your total bandwidth as a fast, five-lane freeway. Now, let’s say your torrents take up three of these lanes. If your ISP resorts to bandwidth throttling, they might “close off” a few lanes. As a result, torrent traffic can no longer pass through effectively, and everything slows down to a crawl.

Your ISP can easily see all types of traffic on your network, so it isn’t hard for them to single out torrents, streaming content, and so on.

Why Do ISPs Throttle Torrenting?

As mentioned initially, here are the main reasons why ISPs throttle torrenting:

Despite legitimate uses for P2P downloads, torrents are often associated with piracy. Naturally, Internet providers may choose to throttle torrenting to avoid legal issues. Yes, even if you stick to legitimate torrent downloads and avoid sketchy trackers.

2. Data Throttling as a Cost-Cutting Measure

ISPs throttle bandwidth-heavy apps like torrenting clients to reduce network congestion. This also helps cut down on costs, as they don’t have to invest in new hardware that can handle the extra load on their network.

Sometimes bandwidth throttling may serve a legitimate concern. Remember February-March 2020, towards the start of the pandemic? At the time, ISPs and content platforms like Netflix and YouTube worked together to reduce network congestion.

Unfortunately, the pandemic-fueled surge in network traffic severely slowed down speeds everywhere. As such, ISPs were left with no choice but to throttle all traffic, torrenting or otherwise.

Since ISPs can view your entire network activity, you can simply mask it to stop them from slowing down your speeds. Here are two simple ways to bypass torrent throttling.

VPNs are the most reliable way to bypass ISP throttling. And this goes for torrenting, streaming HD content, gaming, and similar data-heavy activities.

Once you establish a VPN connection, the VPN client encrypts all data passing through your network. Encryption uses complex algorithms to scramble your data and make it unreadable to anyone snooping in on your connection.

In other words, a VPN will put a stop to your ISP’s torrent throttle, as they simply can’t tell what you’re doing. In theory, they could just throttle your VPN traffic for the same effect. That said, this rarely happens (if ever), as billions of people use VPNs to secure their data every day. The potential legal action resulting from throttling VPN traffic isn’t worth the risk.

On a related note, VPNs also hide your real IP address (and thus your true physical location) from the torrenting swarm. This adds an extra layer of privacy and protects you from the often ridiculous fees of so-called copyright trolls.

Other than masking your online traffic, you may also bypass data throttling by having someone else download torrents for you. Seedboxes are remotely hosted servers with fast Internet connections that can do just that.

First, the seedbox provider (e.g. Seedbox.io) downloads the torrent files. Then, you use your browser or specialized third party app to download said files on your device(s). Since there are no P2P apps involved, this completely side-steps any ISP-imposed torrent throttle. After all, they can’t slow down something you don’t actually use.

Another benefit to using a seedbox is that there are no complex setups involved. You don’t have to waste time setting up ports, protocols, and mess with any torrent client settings just to get a measly 10 KB/s speed boost.

That said, there is a glaring, privacy-related downside to seedboxes. Seedbox providers will surely store your IP, email, and billing address. Meanwhile, proven no-log VPNs keep data collection to an absolute minimum. That usually consists of email and analytical data that can’t be traced back to you. Some providers even allow you to pay with cryptocurrencies to further maintain your privacy.

What is the Best VPN for Bypassing Throttling?

Need a quick recommendation for a reliable VPN to bypass throttling? During our torrenting tests, NordVPN came out on top – and here’s why.

First off, the provider is based in Panama, a region with privacy-first laws. NordVPN no-logs policy has also undergone two separate audits and successfully passed both. Moreover, NordVPN has RAM-only servers which wipe any data passing through their network upon reset. In short, you have nothing to worry about in terms of privacy while torrenting.

NordVPN has over 5,000+ servers worldwide, spread across 59 different countries. What’s important to note is that many of these servers are fully P2P-friendly. In other words, they are optimized for fast and safe torrenting.

You also get specialized servers designed to keep your torrenting activity hidden:

In addition, NordVPN includes the advanced Threat Protection feature. It blocks ads and trackers, filters malware / phishing domains, and even scans downloaded files for viruses. Best of all, the feature protects you even if you’re not connected to one of their servers.

These are the most common questions we’ve come across when it comes to torrent throttling. Feel free to tell us about any related issues in the comments and we’ll be glad to help.

How to Track If Torrents Are Being Throttled?

Here’s how you can track if your torrents are being throttled by your ISP:

Keep in mind that your ISP may prioritize speed test traffic to hide the fact that they’re throttling. Notice that your torrenting speeds have better values with a VPN? Then that’s a sure sign that your ISP is slowing down your torrent traffic.

Is Using a VPN to Bypass Throttling Legal?

Yes, it’s perfectly legal to use a VPN to bypass throttling by your ISP. That said, you should stick to legal torrent downloads to avoid any unwanted surprises.

Does a VPN Make Torrenting Slower?

It’s true that a VPN is the best way to bypass data throttling. However, the encryption process and routing your data through a remote VPN server will naturally impact your speeds.

Regardless, premium VPN providers don’t throttle torrent traffic by default. Depending on the provider, you may need to check your VPN settings.

Yes, your download queue has an impact on torrenting speed (albeit negligible). Queued torrents use a small bit of bandwidth to perform various network checks. These include seed availability, or checking which parts of a file are ready for download or seeding.

While the impact on your speeds should be minimal, it can quickly add up if you have dozens of torrents queued up for download. Clear up your download list for a small boost in performance.

How to Speed Up Torrents?

Here are some quick tips for speeding up torrents (without changing ISPs):

As you can see, VPNs are the most effective way of bypassing torrent throttling by your ISP. Not only do they hide your torrent activity, but they also change your IP address to keep you private in the swarm. Bonus points for letting you avoid Internet censorship and bypass geo-blocks.

Seedboxes come in close if you’re just looking for a way around your ISP’s torrent throttle. But privacy-wise, they aren’t that great. Plus their use is limited outside of downloading torrents and some streaming (with Plex and similar services).