5 Reasons to Use a VPN at Work Right Now 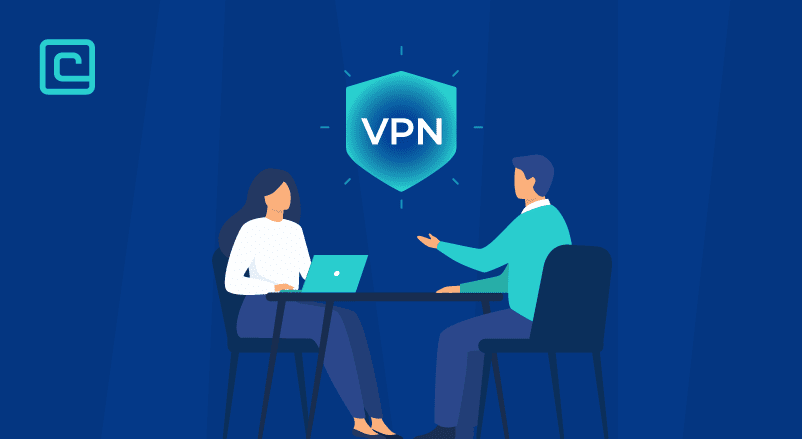 Using a Virtual Private Network (VPN) is a great way to protect your privacy from cybercriminals or your ISP when you’re surfing the web. But should you also use a VPN at work?.

After all, can you trust that your employer is not checking your computer to see what you’re doing while you’re at work? No, especially if your employment contract says your boss might use a keylogger or spyware to go through your computer.

Unfortunately, you can’t use a VPN at work without having permission from your employer. Here’s why:

Depending on your employment contract or the company’s policy, you might actually get in trouble if you’re using a VPN at work without telling your boss. However, if you’re allowed to use one, there are a few good reasons to do it. Check out our article to find out more about this!

Do You Need a VPN at Work?

Yes, you definitely need a VPN at work. It helps you unblock geo-restricted websites and apps. Also, it hides your personal information and browsing history from your employer. Plus, it protects your work device from being compromised whenever you’re using a public WiFi from your favorite coffee shop.

In many cases, your company already uses a VPN to protect sensitive data from potential hackers. What’s more, if you’re traveling for business, a VPN can help you access blocked work apps in restrictive countries.

Your boss can see what you’re doing at work even with a corporate VPN since it keeps logs. Also, the IT team usually uses keyloggers, firewalls, or spyware to make sure that you’re not putting the company’s data at risk. There are also a few ethical hacking tools the company’s IT team might use to remotely access your work computer.

If you want to protect your data, using a personal VPN is the best option. Top VPN providers like NordVPN, AtlasVPN, or Surfshark have strong encryption and no-logs policy.

However, you should talk with your supervisor before installing a commercial VPN on your work computer. The company might think you’re using a VPN to procrastinate or access blacklisted websites, which could compromise the company’s data.

Keep in mind that if the company doesn’t agree with you using a commercial VPN at work, there’s nothing you can do. Especially if your employment contract says that your boss has the right to install keyloggers or spyware on your work computer. Using a VPN under these conditions might get you fired.

The only workaround we can recommend is installing a commercial VPN on your personal phone and using mobile data. That way, you won’t use your company’s network, so you won’t deal with its restrictions and surveillance.

5 Reasons to Use a VPN at Work

If you’re allowed to use a VPN at work, here are the main reasons to do it:

However, there are situations when you should be able to access this service even if you’re at work. For example, when you’re on lunch break. Eating while scrolling on social media or watching your favorite videos is a nice way to enjoy your lunch. Besides, it’s a good way to improve your productivity when you’re resuming your work tasks.

With a VPN, you can bypass your work’s firewall. You connect to a different IP address which doesn’t have firewall restrictions attached to it. This way, you can browse social media or watch videos on your lunch break.

Unblock websites at work with NordVPN!

Working from a coffee shop, a local library can increase your productivity at work. That’s because it stimulates creativity and improves focus. However, using unsecured WiFi can put your work files at risk.

Hackers can position themselves between the company network and your device. With packet sniffers, cybercriminals can spy on your unsecured traffic. They can also intercept private information from your company which can lead to data breaches.

A VPN encrypts your data so no one can spy on your traffic. Even if hackers were to do that, they’d see nothing but random strings of letters, numbers, and special characters. This way, your work files and sensitive data would be protected when you’re using public WiFi.

3. Access Work Apps When Traveling to a Restrictive Country

If you’re traveling to restrictive countries like China, you’ll find that the most popular work apps are banned:

If you don’t use a VPN, you’ll have to use the Chinese versions of those apps. For example, Baidu instead of Google, WPS Office instead of Microsoft, and so on. It can take some time until you get used to them and it might decrease your productivity. Not to mention some apps and software might not be compatible with the file formats you use at work.

A VPN can help you access your work apps even if you’re located in a restrictive country. Just connect to an IP address from your home country, which doesn’t have government firewalls linked to it.

What’s more, top VPN providers use obfuscation. This is a feature that hides your VPN traffic and makes it look like regular internet traffic. This way, you can bypass VPN blocks in restrictive countries.

When you work from home, some work apps can easily use a lot of your network’s bandwidth. Especially if you’re testing online games, doing frequent online backups, or if your team makes a lot of video calls. For example, Skype can consume anywhere from 270 MB to 1.35 GB per hour depending on the video quality.

If you’re using too much internet bandwidth and have a limited data plan, your ISP might intentionally slow down certain apps.

However, when you use a VPN your traffic is encrypted. So your ISP won’t see what apps you use, so they can’t selectively slow down your internet speeds.

5. Protect Your Personal Information on Your Device at Work

If you can bring your own device to the office, the IT team can’t install tracking apps and spyware on it. But they don’t need to — you’re using the company’s network to surf the web, after all. This way, the IT team can monitor what websites you’re browsing and how much time you spend on each one.

A VPN is a great way to protect your privacy in this case. It will prevent the network admins from seeing what sites you’re connecting to. Also, it will encrypt your traffic, so they won’t be able to spy on your connections. Still, keep in mind they will be able to tell that you’re using a VPN.

Why Should Every Business Give Their Employees a Corporate VPN?

Using a VPN for work from home is the perfect way to secure a company’s data. That’s because employees can access company resources remotely without putting the company’s data at risk.

What’s more, let’s say a business’ employees are traveling to a restrictive country. A corporate VPN allows them to bypass censorship to communicate with the team back home efficiently.

However, using a corporate VPN for work doesn’t come with the same perks as using a commercial VPN. So keep in mind that your boss can still see your browsing history.

How to Pick the Best VPN for Work

There are hundreds of VPNs on the market, so it’s difficult picking a good one. Here are a few important features that should help you pick a good VPN to use at work:

Here are the most common questions people ask about using a VPN at work:

Can My Employer See If I’m Using a VPN?

Can I Browse Online with a Corporate VPN?

Yes, you can browse online with a corporate VPN but your boss will still see your internet traffic. However, a work VPN on a personal computer doesn’t offer end-to-end encryption. So the company can see what websites you’re browsing.

Also, a corporate VPN uses firewalls to block social media platforms and streaming sites. Most of the time, they do it to increase employees’ productivity. So you can’t bypass the company’s firewall to access your favorite movies or social media during your lunch break.

How Can a VPN Protect Your Online Information?

VPNs encrypt your traffic, making it completely unreadable. That way, nobody can spy on your connections to steal your data. Also, VPNs reroute your traffic through a server, replacing your IP with another one from a different country. That makes it difficult for anyone to track your location and online activities.

Can I Use a Free VPN at Work?

No, free VPNs can put your company’s data at risk. Most free VPNs don’t offer encryption so they’re easy to hack. They also lack leak protection or a kill switch. What’s more, free VPNs sell your data to advertisers. This might get you in trouble if the company’s data is compromised because you used a free VPN.

As a general rule, you shouldn’t use a VPN at work at all if your supervisors didn’t give you the green light. If they did, we strongly recommend using a paid VPN like NordVPN because it’s a safe option.