The Best Countries for VPN Server Locations in 2023 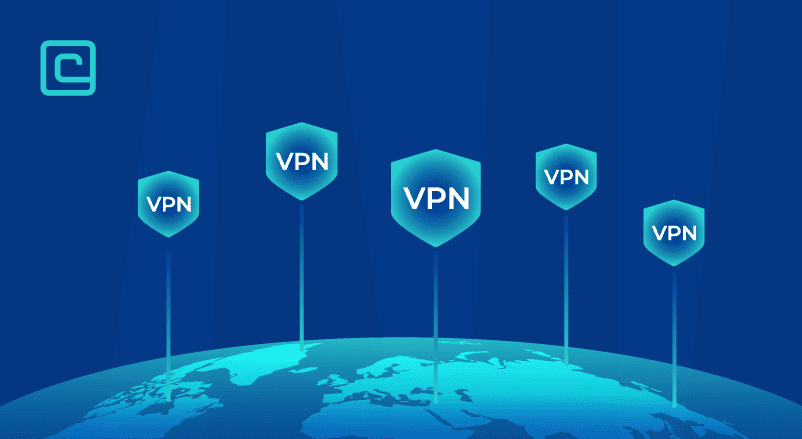 Choosing the best VPN server location might influence your browsing experience. There are a few things you should consider when you’re connecting to a VPN. Do you want to watch a popular show but Netflix doesn’t stream it in your country? Do you want fast download speeds when you’re torrenting?

In our article, we talked about how to choose the best VPN location to connect to based on your needs. Here’s what you should know:

Best VPN Server Locations to Connect:
Here are the VPNs with the best server locations:

Does the Location Matter When You Connect to a VPN Server?

Yes, the location of the VPN server you connect to can influence your browsing experience. Every country has a different streaming library available, data privacy laws, and data protection legislation.

Here’s why the server location you connect to matters:

Do you want to watch a popular movie that’s not streaming on Netflix in your country? Then you shouldn’t connect to a VPN server in Sudan or Georgia. These 2 countries have the smallest Netflix libraries in the world, so you’re not very likely to find your favorite movies there.

However, there are a few regions that are considered to be the best countries to connect to unblock Netflix content. For example, if you connect to a VPN server from the US, the UK, or Germany, you’ll likely find what you’re looking for.

If you connect to a nearby VPN server, you’ll have faster internet speeds. This means you can watch videos without buffering and play online games without experiencing freezes or crashes.

In contrast, if you connect to a very distant VPN server, you might notice that web pages take longer to load. That’s because the data takes longer to reach the web servers from your device.

Last but not least, some restrictive countries block access to certain social media platforms or websites. For example, you can’t watch Netflix if you connect to a Chinese VPN server.

How to Choose the Best VPN Server Location

Here’s how to choose the best VPN server location based on what you need most:

Which Country Is the Best for VPN Headquarters

The best countries to run a VPN service are the ones that do not regulate how personal data is collected. They usually have laws that protect consumers and are in favor of regular internet users. This makes it easy for VPN companies to follow their no-logs policies.

In a rush? Here are the best countries for VPNs to be based in:

Panama has no data retention laws, so VPN companies can offer a zero-logs policy. NordVPN is a reputable Panama-based VPN provider. Its no-logs policy has been audited twice independently and proven true.

The current data protection laws of the British Virgin Islands facilitate VPNs to have a policy that doesn’t log personal data. ExpressVPN and Surfshark are 2 VPN providers based in this country, and they both have a strict no-logs policy.

ExpressVPNs’s no-logs policy has been independently audited. The audit results are available online and everyone can read them.

Surfshark’s no-logs policy hasn’t been audited yet, only the browser extensions and server infrastructure.

Switzerland has one of the strongest internet users’ data regulations. The law doesn’t allow any personal data collection without informing the person. Due to its strict personal privacy and data protection laws, it’s a good location to run a VPN. VyprVPN and Perfect Privacy VPN are 2 well-known VPNs that operate in this country.

Sweden is a country from the European Union that has mandatory data retention laws.

However, these laws apply just to ISPs. So the VPNs based in Sweden, like PrivateVPN, aren’t legally required to keep logs or share user data with the government.

Romania is a country in the European Union that isn’t part of the 14 Eyes Alliance. What’s more, it doesn’t have data retention laws.

CyberGhost VPN is a popular VPN provider based in this country. It offers constant transparency reports to prove it doesn’t comply with data requests. Because Romania has good data privacy laws, the provider has ultra-secure NoSpy servers located here, to which only CyberGhost VPN’s staff has access to these servers.

What Is the Optimal Location for a VPN?

A VPN’s optimal location is the closest VPN server to you. Usually, the server is algorithmically selected based on a few criteria such as:

Most of the time, you’ll notice that the optimal location will be either a VPN server from the same country but a different city. Also, the algorithm can automatically connect you to a VPN server in a nearby country.

How Can You Choose the Best VPN Server Location?

How to Pick the Best VPN server for Unblocking Content

What Is the Best VPN Location for Fast Speeds?

The VPN’s speed depends on 2 factors — the physical distance to the VPN server and the server’s load. If the VPN server is far away from you, the distance will negatively affect page load times and download speeds. This can be noticeable even more in countries with underdeveloped internet infrastructure, such as India.

A VPN server’s load means how much internet traffic is traveling via that server. This also depends if you’re using the internet in the rush hours.

Usually, the best VPN server for fast speeds is the one closest to you. This means that you’ll either have to connect to a VPN server from the same country, or from a country nearby you.

There are also VPN providers who show the server’s ping or load. For example, Private Internet Access shows server ping. ProtonVPN and NordVPN show server load. If you have access to those metrics, always connect to a server with low ping or load to get fast speeds.

What Is the Best VPN Location for Privacy and Security?

VPN providers ensure your privacy no matter which location you pick. All top VPNs have strong encryption, a kill switch, a no-logs policy, and leak protection so no one can spy on your data. What’s more, some VPNs offer extra security features like RAM-only servers or perfect forward secrecy.

However, the country where the VPN company is based can also play a great role. Some countries allow or even require user data collection, and VPN providers will have to comply with these regulations. This way, personal data might get shared with intelligence agencies and governments. Because of this, VPN providers might face the challenge of truly keeping a no-logs policy due to such laws.

When you choose a VPN, it would be best if it has headquarters in countries that have data protection laws, like Panama or the British Virgin Islands. But this is not set in stone.

For example, Private Internet Access is based in the US, a country that stores user data and is also part of the 14 eyes Alliance. Despite this, all of PIA’s apps are open-source, meaning anyone can inspect the code for security vulnerabilities and their no-logs policy has been proven true in court many times.

What Is the Best VPN Server Location for Torrenting?

The best VPN server for torrenting is the one that allows P2P traffic. Usually, VPN providers mark their P2P servers, so that they’re visible. If you can’t find these servers, just contact the support reps and they’ll give you a list of servers that support P2P traffic.

In addition, you should also pick a P2P server that’s close to you to get fast speeds. If you want better privacy, you could also use a P2P server in a torrenting-friendly country like Switzerland or Romania.

Which VPN Providers Have the Most VPN Servers?

Here’s a list of VPN providers that have the largest server networks:

What Countries Should Use a VPN the Most?

Restrictive countries have a low net neutrality score and block tons of sites. If you’re traveling to China, Russia, Iran, or Vietnam, you won’t be able to stream certain content or use your favorite social media platforms. To bypass government censorship, you’ll have to use a VPN.

A VPN will change your IP address with a new one from another country, and that IP won’t have firewall restrictions to it. This way, you can browse the internet and talk with your friends on social media even when you’re traveling to restrictive countries. In addition, you’ll also enjoy better security and privacy.

Should You Use a VPN Server Located in Your Own Country?

Yes, connecting to a VPN server located in your country is a great idea if you want fast speeds. Plus, using a server in your country is just as secure as in any other country. That’s because the VPN will encrypt your traffic and hide your IP address so no one can see what you’re doing online.

However, the situation is different if your goal is to unblock a certain streaming show that’s not available in your country. To be able to watch that show anyway, you’ll have to connect to a VPN server in a country where that show is streaming.

Also, you should avoid using a server in your country if you live in a restrictive country. If you do that, your access to the web will still be censored. To circumvent government censorship, you need to use a server in a country that doesn’t restrict internet access.

There are a few countries with a high internet freedom score. Usually, the best VPN providers are located in countries with strong data privacy laws:  Panama, The British Virgin Islands, Romania, Iceland, and Switzerland.

These countries have strong online privacy laws that protect user data. Because of this, VPNs won’t be forced to log your personal data and share it with the government or your ISP.

However, keep in mind that top VPN providers offer strong security to protect your online privacy. This way, your traffic is encrypted no matter the VPN server you choose to connect to.

We’d also like to hear which VPN server locations you use the most, so please let us know in the comments.