VPN vs Smart DNS: Which Privacy Solution to Choose? 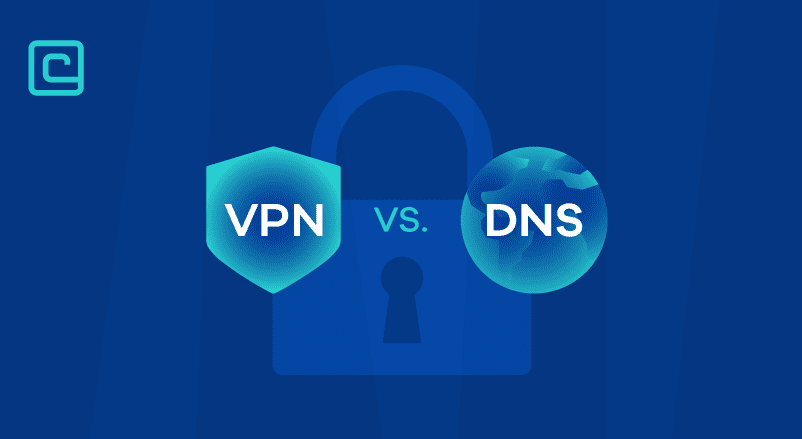 The case for VPN versus DNS versus Smart DNS depends on what you want to achieve. While they share some functions, each of them has a different chief purpose. So, which one to choose?

A quick comparison between DNS, Smart DNS, and VPN reveals the following: A DNS is a system of address books that computers use to identify the IP addresses of websites. A Smart DNS service acts as a proxy middleman between you and the websites you visit. More distinctly, a VPN encrypts and tunnels your web traffic through another server thus protecting your privacy.

In other words, a DNS is a common system used by everyone. Both VPNs and Smart DNSs need DNS to function. So, the real comparison is between a VPN and a Smart DNS, both of which can be used to bypass geoblocks and enjoy unrestricted internet access.

In a Smart DNS, the highlights are:

Compare these with that of a VPN:

While the basic differences between a VPN and private DNS have to do with speed, price, and function, a deeper level of understanding is required to choose better. Read on to know more…

DNS stands for Domain Name System. It’s like an address book used by computers to identify IP addresses of the hundreds of millions of websites that exist today on the internet. Its primary function is to guide computers and browsers to websites via their IP addresses. When you type in “cyberwaters.com” on your browser’s address bar, it is actually the DNS that tells your browser where to go.

Developed in 1983 at the infancy of the world wide web, there are several hundreds of thousands of domain name systems out there. From one perspective, each internet service provider (ISP) in the world has several DNSs in their kit, which they use to add filters, firewalls, and blocks to their network.

DNS is a simple system on paper, which is why it’s also vulnerable to attacks and tweaks. For example, your ISP can simply tweak its DNS (attached to your internet connection) to block certain websites. Since your connection goes through this DNS, you are denied access to those websites. (As you may know, this is where VPNs help. They bypass this tweak.)

Thankfully, you don’t have to use your ISP’s DNS. You can change it legally and safely, but at a price.

Is Changing DNS Legal and Safe?

Yes, changing your DNS server is 100% legal and safe. There is no law against switching one’s DNS, because all you are doing is changing your network’s address book. It’s a very basic part of networking.

OpenDNS and Public DNS are two of the most common DNS offerings for general users like you and me. All you have to do is purchase a plan and route your connection via this new DNS server.

But should you change your DNS? The question demands what you are trying to achieve. If all you want to do is bypass an ISP block, there are better ways to do it. That brings us to Smart DNS, a proxy-based private DNS system.

What is Smart DNS?

A Smart DNS is a system that combines the powers of a DNS and a proxy server. Imagine a computer trying to access a website that’s blocked in Venezuela. With Smart Super DNS, your computer will first connect to a DNS server. This server will then route your connection through a proxy server that’s located in the United States, or anywhere other than Venezuela.

The website will get a ping from this proxy server, therefore thinking that you are accessing it from the US and not Venezuela. Result? No more geoblock.

This is a very similar approach to that of VPNs. Your traffic is routed through another server to conceal the original source IP address. However, the biggest difference between a Smart DNS and VPN is that the former does not switch your IP address. It instead works at the DNS level only, which has obvious limitations.

Smart DNS vs VPN – Which is Ideal?

One of the biggest limitations of Smart DNS is that it doesn’t hide your IP address. It simply changes your DNS lookup to deceive a website. This limits its unblocking powers, especially when compared to a virtual private network. Some websites may still block you if they detect your IP address.

There’s also the absence of encryption. A Smart DNS does not encrypt your traffic, making both your communication and IP address bare and vulnerable. It is not meant as a system to protect your privacy online.

On the other hand, a VPN is a much better choice for privacy and anonymity. It’s a software that first encrypts your connection and then tunnels it through another server. This dual action hides both your IP address as well as your web traffic, thereby preventing interception and surveillance.

Although 100% anonymity on the web is a myth, a good VPN like NordVPN can provide top-notch encryption and tunneling. These two functions are enough to navigate the web safely and freely.

A VPN is a better, superior option for most users. Smart DNS then is a basic service that will change your DNS and route your traffic through a proxy.

Pros and Cons of Smart DNS

Pros and Cons of a VPN

The biggest differences between Smart DNS and VPN are:

In terms of usage, the following differences may help you choose better:

Can Smart DNS and VPN Be Used Together?

Yes, you can use Smart DNS and VPN at the same time. It can be a perfect setup for prolific web users with multiple use cases.

The VPN will encrypt your connection and hide your IP, while the Smart DNS server will ensure a faster connection. For streaming movies online, this can be the ideal setup due to lower speed throttling and better unblocking.

However, the one downside is the increased cost. One way to avoid that is to use NordVPN which has a built-in Smart DNS feature called SmartPlay. You can enjoy both systems at the cost of one.

The debate of Smart DNS versus VPN doesn’t really hold because VPN is the obvious winner. A virtual private network is an all-rounder privacy tool that offers encryption and near anonymity for a few dollars a month. It’s easier to set up and can do everything that a Smart DNS can. The only time Smart DNS beats VPN is if you’re looking for a basic proxy switch to only bypass an ISP block.

In all other cases, it is cost-effective and wise to choose a good VPN and say goodbye to privacy concerns forever. Here’s a guide on the best VPNs to help you get started.