Is VPN safe? Are you protected when you use it? 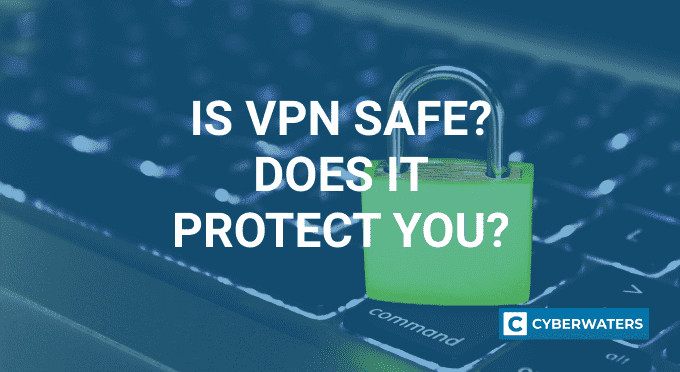 When it comes to VPN security and privacy you can look at it from different angles – are VPNs safe to use and is VPN safe from a feature and technological perspective? You might want to use the one that covers both aspects to provide you with full protection when browsing, torrenting, or shopping online. Your internet activity and personal information are only safe with a trustworthy VPN service, but there are many that you would want to avoid. Let’s take a look at what makes a VPN safe.

Are VPNs safe to use

The use of VPNs is generally safe, however, it highly depends on which country are you in, what features does it have and a reputation of a VPN provider itself. The most secure VPNs have strong encryption and a strict no-logs policy that always protects you. Some VPNs even have done a public audit for transparency.

How safe are you when using a VPN also depends on which country you are using it from. Some countries such as China, UAE, Turkey have restricted the use of consumer-based VPNs. While you might be protected when using one, the risk of getting fines just by using one might be increased in those locations. However, VPNs are allowed to be used without any problems in countries such as the United States, Australia, and in most European countries.

How safe is a VPN

When it comes to a VPN itself and its features there are a few critical aspects that make a VPN secure. A VPN must protect you no matter what you do online – either you are torrenting, browsing online, streaming, or using it for online banking. Here’s what you should look for in a trustworthy VPN:

Which VPNs are safe to use

NordVPN is another well known and reputable provider. It runs its operations in Panama which is a good jurisdiction for a VPN. It keeps absolutely no logs or personally identifiable information.

It has great security which was proven by an external PricewaterhouseCoopers audit that also proved their zero log policy. The service runs on OpenVPN protocols with AES-256 encryption as well as their new and really fast WireGuard-based protocol NordLynx.

The only concern might be that recently one of their servers was hacked due to the datacenter hosting issues, but in the end, no data was exposed due to strong no-logging policies.

On the other hand, NordVPN provides additional security with a CyberSec feature that blocks ads and malicious websites. It also has an Internet Kill Switch along with an App Kill Switch.

No IP or DNS leaks were discovered on their apps which makes them a safe pick.

NordVPN is probably the most well-rounded VPN service that offers a 30-day money-back guarantee on all its plans.

Surfshark is a surprisingly very affordable VPN that is packed with security features. Just like ExpressVPN, it is based outside the 14-eyes alliance in The British Virgin Islands. It keeps zero logs which makes your browsing private.

The service has security-focused features such as CleanWeb that blocks ads, trackers, and malware. It also hides the VPN traffic with the Camouflage feature that helps to bypass restrictions and VPN blocks.

Strong AES-256 encryption, no IP or DNS leaks makes it a safe choice. It also has an Internet Kill Switch as well as advanced multi-hop VPN for those who want increased privacy.

Surfshark is a very affordable VPN compared to others. It has all the features you need for safe browsing or torrenting and offers a 30-day money-back guarantee on all its plans.

AtlasVPN, like any established VPN provider, is safe to use. By employing military-grade encryption on its offering of 750+ servers, it also makes you safe while using it.

The service adheres to a strict no-logs policy which is a must for a truly safe and secure VPN. It provides strong AES-256 data encryption with the help of the best-in-class WireGuard protocol. SafeSwap technology which is unique to AtlasVPN allows you to access the web from multiple IP addresses at once, making your traffic impossible to trace.

AtlasVPN supports both IPv4 and IPv6 connections, providing equal protection from IP leaks. Enabling the network killswitch will further guard you from any IP or DNS leaks by cutting your internet connection in case you disconnect from the VPN.

Get AtlasVPN for an affordable price and stay safe on an unlimited number of devices. There is no risk at all in trying it out, as Atlas offers a 30-day money back guarantee.

ExpressVPN is one of the safest VPN on the market. It is based in The British Virgin Islands which is a great jurisdiction for user data retention as it allows not to keep any logs.

The service was publicly audited by the well-known IT audit firm PwC to prove their compliance with their privacy policy. The claims on not collecting activity logs or connection logs turned out to be true and confirmed by the auditors.

ExpressVPN has the essential IP leak and DNS leak protections along with an industry-standard AES-256 bit key encryption algorithms. It supports the most secure OpenVPN protocol and others such as IKEv2 and L2TP.

As it supports P2P traffic and has torrenting-optimized servers it also has a Network Lock Feature to protect you from any IP leaks.

ExpressVPN is a very reputable and trustworthy VPN that is for those you prioritize quality and privacy among other things. It’s a bit more pricey than the other VPNs on a market, but to try it out it offers a 30-day money-back guarantee.

With 60 worldwide locations available PrivateVPN stands to its name – it’s really private. Their no-logging policy is true despite the fact that they are a Swedish based VPN provider. Even though Sweden belongs to the 14-eyes alliance, but this VPN does everything to keep zero logs on their servers.

This service supports multiple VPN protocols such as OpenVPN, IKEv2, L2TP, PPTP and encrypts all traffic with an industry-standard AES-256 algorithm.

PrivateVPN allows anonymizing torrenting on their servers and has a kill switch to make it more secure. There are no IP or DNS leaks detected once connected to their servers.

The service offers flexible pricing plans, which some of them have great deals. There’s a 30-day money-back guarantee to try it risk-free.

Using a VPN adds a great level of safety and privacy. It hides your browsing activities and unblocks restricted content. Many countries allow the use of VPNs, but there are few such as China or UAE that block consumer-based VPNs. The safest VPNs such as ExpressVPN often have strict no-log policies, run their operations in data retention friendly jurisdictions, and use the strongest and safest encryption algorithms. A VPN is a great tool to take your privacy online to the next level.

Is VPN safe for Torrenting

Using a VPN is the safest way to keep your torrenting hidden from ISP. A VPN protects your downloads with strong AES-256 encryption so no third parties can see what you do online. Using the service that also has a kill-switch will allow you to torrent anything you want safely. All the best VPNs have this feature.

Is it safe to use VPN on public WiFi

It is advised to use a VPN on any public Wi-Fi since it is one of the most unsafe networks you could use. With a VPN you would be protected from being monitored, logged, and prevent your personal data from being snooped or stolen. Using a VPN on a public Wi-Fi the safest way you could hide your browsing activities.

Is VPN safe for online banking

A VPN would add an additional layer of security when using your online banking. Any payment details would be encrypted from hackers and snoopers. It is safe to use a VNP for online shopping too.

Are free VPNs safe to use

Using a free VPN might put you at risk. Many Free VPNs monitor your data and sell it to third parties and advertisers. They only give a false sense of security and privacy but, in reality, exposes you to even more malicious ads. Some of them are known to install malware themselves. Free VPNs are not safe to use.

The safety of a VPN connection depends on the VPN protocol and encryption used. Generally, VPN services use the safest protocols such as OpenVPN, IKEv2, or WireGuard. The best VPNs implement an industry-standard AES-256 bit key algorithms that are impossible to crack, therefore a VPN connection is safe.