How to Use VPN Only for Specific Applications and Websites 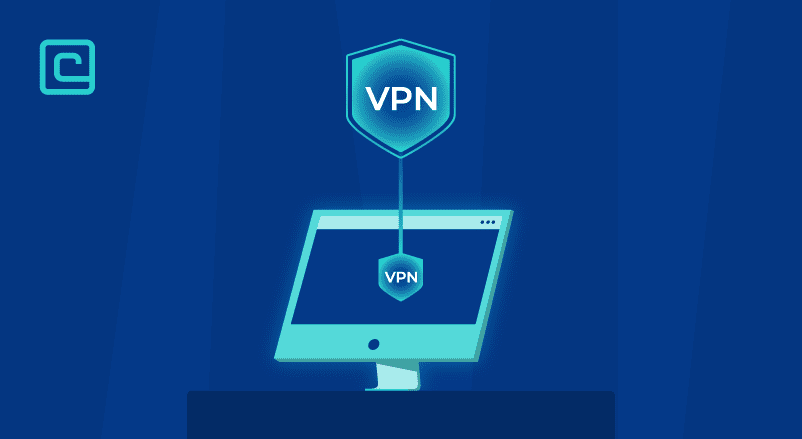 You count on your VPN to keep your online life secure and private. However, with some VPNs, you are stuck with an all-or-nothing solution. Standard VPN connections route all of your traffic through the encrypted tunnel.

But what if you want to use your VPN for only specific apps or specific websites? What if you want some of your traffic to be routed through the VPN and the rest through your standard open network connection? For that, you will need split tunneling. There are many circumstances when you might want to use it.

Split Tunneling Only For Some Traffic

Split tunneling is a feature of some of the more advanced VPN services that make it easy to use your VPN only for some traffic, for specific applications, one program, or even certain sites. It gives you the control to choose which data you encrypt and send through your VPN and which traffic bypasses it to travel via your open network.

There are a few ways that split tunneling can be implemented. Not all of these features can be found on every VPN, so choose your provider carefully.

How to Use VPN Only for Specific Applications

Some VPNs offer a handy function that allows using it for specific applications. The user can select or “whitelist” which apps should not use the VPN tunnel. All of the rest of the traffic will travel through the VPN tunnel. This type of split tunneling is especially useful for apps that primarily use the local area network or need access to local network resources.

Using VPN Only for Browser

To use a VPN only for browsers you will need a VPN browser extension. When using a VPN through a browser extension, it is critical to realize that it will not impact network usage outside of the particular browser.

Browser extensions are available for both Chrome and Firefox. Most of the time they affect all the traffic from your browser, and only very few allow you to select specific websites.

Most VPNs control access by application, so split tunneling can not be used to whitelist specific websites. The only exception to this is Surfshark which can whitelist sites and specific IP addresses via the VPN software.

The user can select which websites should bypass the VPN through the settings. This can be particularly useful for sites that use location or IP address as part of security protocols. You may need to access these sites via your open network.

There’s also the Private Internet Access browser extension, which works a little differently. It allows excluding certain websites from using a VPN, while all the rest of the browser traffic will be encrypted. This is called inverse split tunneling.

But, if you want to venture into it, the first thing you’ll need to do is download the OpenVPN client. After you do so, you’ll have to import your VPN provider’s UDP/TCP file into the OpenVPN app.

After that, you can simply connect to the newly-added connection by typing in your credentials when prompted and waiting a few seconds for the connection to establish. This completes the initial part of the process. Once this is done, you’ll have to edit the actual file you’ve previously downloaded to adjust which sites you want or don’t want to go through the VPN tunnel.

The most common type of split tunneling works by excluding some traffic from passing through the VPN tunnel. The user can specify a specific application, specific IP address, or other criteria to bypass the VPN.

Inverse split tunneling handles things the opposite way. Instead of defining which particular applications, certain sites, or specific IP addresses should bypass the VPN, the user specifies which specific data should pass through it. The rest of the network remains on your real IP address.

One popular use of split tunneling is for downloading torrent files. Many users that use a VPN for uTorrent do so because they want to have their torrent downloads encrypted and hidden from prying eyes. At the same time, they want their open network’s speed and convenience for their regular web surfing.

There is some debate about the safety of this practice. While internet service providers will not be able to see the torrent traffic, the other browsing traffic and the amount of data unaccounted for may make it clear what the user is doing.

For example, visiting torrenting sites but hiding torrent downloads with VPN might lead to assumptions. However, these assumptions can not be proved without hard evidence.

Not all VPNs Allow Split Tunneling on All Devices

If split tunneling is a feature you need, whether to use your VPN only for specific applications or only for some traffic, be sure that the provider you choose offers it. Just as importantly, be sure it is available for your device.

For instance, using a VPN for only specific applications is not available for iOS. The software behind Apple’s iPhones and iPads does not allow for this capability. In other cases, features may be available for some devices from one provider but not another.

With so many excellent VPN services on the market, there is sure to be one to fit your budget and your specific needs. Many basic users will never even need to think about split tunneling. They can keep their VPN on at all times and only disable it for the rare occasion when an app or website needs to be accessed by an open connection.

But more advanced users, especially gamers, streamers, uTorrent users, and those who rely heavily on local network resources, may want to be sure that their VPN has these integrated features. You will also want to be sure the features offered by your VPN work on all the devices you use regularly.

FAQs on Using a VPN for Specific Apps and Sites

Can you exclude apps from a VPN?

Yes, some VPN services allow you to not only include sites and apps but exclude them when you don’t want them to be encrypted. This is the best solution when you want to keep most of your online activities on the VPN network and have just a few applications and websites you want to keep on your real IP address.

How to use a VPN for just one app?

You can use a VPN for just one app, but the setup process varies depending on the device you’re using. For example, setting this up on Android is very simple, as you can do it through the OpenVPN app. That said, if you use Mac or Windows, this process is more complex, as you’ll have to set up a virtual machine as well.

Can I use a free VPN to route specific apps and sites?

Although there are some free VPNs you can set up for specific apps and websites, we advise you not to use such services. Many free VPNs might have unreliable and unsafe split tunneling features. By using them, you would be doing yourself a disservice and potentially putting your private information at risk.