Is ExpressVPN Good for Torrenting in 2023 (+ Speed Tests)? 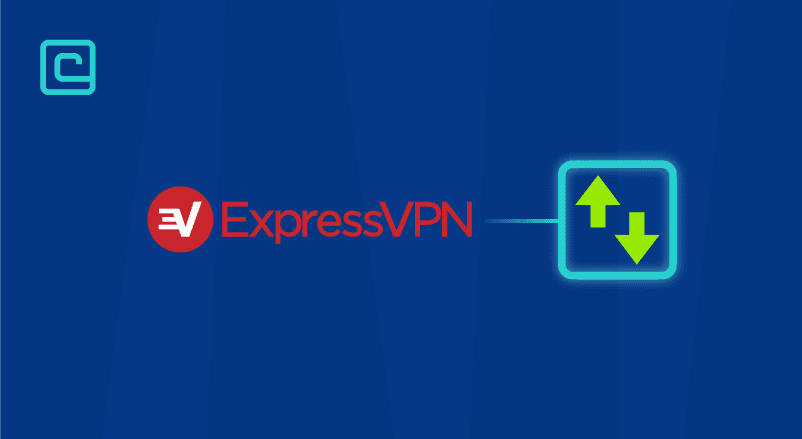 ExpressVPN is an excellent torrenting VPN choice. It offers a wide server network that’s fully P2P-friendly, great speeds, and strong encryption to mask your online activity. Plus their apps include full leak protection and a kill switch, both crucial when torrenting. Split tunneling is also available if you need a slight speed boost, although port forwarding is limited to routers.

Is ExpressVPN Good for Torrenting?

Yes, ExpressVPN is an amazing VPN for torrenting purposes. It provides excellent P2P support by allowing torrenting on their entire network (over 3,000 servers in 94 countries). You also get fast download speeds thanks to Lightway, ExpressVPN’s proprietary protocol. It is very lightweight when compared to OpenVPN and other industry-standard options. Plus the large server network makes it easy to find nearby servers that are not overcrowded.

ExpressVPN doesn’t log your activity. They don’t know what you download or what sites you visit. The VPN underwent an audit to prove it doesn’t keep any logs. Also, Turkish authorities seized one of the provider’s servers, and they weren’t able to recover any data. We can’t ask for better proof that this is a no-log VPN, essential when it comes to torrenting.

Moreover, ExpressVPN uses end-to-end AES-256 encryption (the same cipher used by banks and the military) to secure your data. Also, their TrustedServer technology ensures all servers run on RAM memory only (all data is wiped with every reboot).

The VPN also includes an essential kill switch feature. By enabling it, you avoid potential leaks that could expose your P2P traffic. Whenever your VPN connection accidentally drops, the VPN app will shut down your Internet access until you reconnect to the VPN server.

ExpressVPN comes with several other features that can enhance your torrenting experience.

You can make the VPN only route traffic from your torrent client. That helps you get better speeds because there’s less data to encrypt and decrypt.

Drawbacks of Using ExpressVPN for Torrenting

ExpressVPN is one of the best VPNs for torrenting and it offers great speeds. But it’s not without its flaws:

Port forwarding is important to some torrent users because it lets them connect to more peers. That way, they get better speeds.

ExpressVPN has port forwarding, but you can’t enable it in its apps. You can only use it on your router. To do that, it needs to be running ExpressVPN v1 or v2 firmware. Upgrading the firmware can be daunting, but ExpressVPN has step-by-step tutorials that show you what you need to do.

Unfortunately, if your router isn’t compatible with ExpressVPN v1 or v2, you’ll need to buy an ExpressVPN router which can cost anywhere between $100 and $200 (or more).

A few Reddit users have mentioned that the kill switch doesn’t always work on Linux. Apparently, it might ignore torrenting traffic because it doesn’t require DNS name resolutions (the Linux kill switch just points your traffic to ExpressVPN’s DNS servers).

We can’t test this claim because we don’t use Linux. If you do, please let us know if there are any issues with ExpressVPN’s kill switch. We tested the kill switch on other platforms, though, and it always worked as intended. We especially like that the kill switch activates when the VPN connection accidentally drops, not when you manually shut it off. It’s more convenient that way.

One common complaint people have about ExpressVPN is that it’s too expensive. Their longest subscription (the 12-month one) is still pricier than NordVPN and Surfshark’s long-term plans.

So if you’re on a budget, ExpressVPN might not be the best pick. We recommend using Surfshark instead – it’s much cheaper and just as fast as ExpressVPN.

We first tested a US server. Our speeds slowed down noticeably, but that’s to be expected given the distance between Romania and the US (9,000+ kilometers/5,600+ miles). These were our speeds: 1-2 MB/s and a 3-4 hours ETA with uTorrent, and 13-14 MiB/s and a 10 minute ETA with qBittorrent.

Next, we tested the Australian and South Korean servers. Here are our results:

We also tested the Smart Location ExpressVPN recommends (Romania, in this case). That server was really close to our tester’s location, so the speeds were naturally faster: 20-25 MiB/s and a 10 minute ETA (qBittorrent), and 3-4 MB/s and a 1 hour ETA (uTorrent).

We also tested the OpenVPN protocol while connected to the Smart Location (Romania) since it’s really popular. As expected, our ExpressVPN uTorrent and qBittorrent download speeds were slower. We averaged around 500-600 KiB/s and a 4-5 hour ETA with qBittorrent, and 200-250 kB/s and a 17-hour ETA with uTorrent. You should definitely use Lightway instead of OpenVPN.

Overall, we had good download speeds with ExpressVPN. This service was noticeably slower when using uTorrent, so we’d recommend using qBittorrent instead. If you’d like to try a faster VPN for torrenting, check out NordVPN.

REMINDER: To get good download speeds, you need a torrent with lots of seeders. If there aren’t enough seeders, you’ll always have slow speeds no matter how fast the VPN is. We downloaded torrents that had few seeders, and our ExpressVPN download speeds with qBittorrent and uTorrent were extremely slow.

How to Use ExpressVPN for Torrenting

First, here’s a quick rundown on how to use ExpressVPN to hide your torrenting activity:

More in-depth steps down below.

1. Signing Up for ExpressVPN

Visit ExpressVPN’s website and press “Get ExpressVPN” to choose a subscription. Once finished, you’ll get an activation code through email, which you need for the next step.

After you download and install ExpressVPN, launch the VPN client and input the code mentioned above. Finish the setup process, then click on the hamburger icon (≡). In the General tab, make sure both tick boxes under Network Lock are checked.

Next, go to Options > Protocol and select Lightway – UDP for great speeds while torrenting. Only use TCP (Lightway or OpenVPN) under poor network conditions, or if you need to bypass VPN blocks. For more details on why that’s the case, check out our UDP vs TCP VPN article,

Finally, go to the Advanced tab and make sure the box under IPv6 leak protection is checked. All this is to ensure there are no data leaks while torrenting with ExpressVPN.

3. Connect to a Server

Use the Smart Location feature and ExpressVPN will automatically choose the right server for you. Otherwise, click on the hamburger icon (≡), then run a Speed Test to see the fastest servers based on latency and download speed.

Once connected, you can start up your torrenting client and use it as you normally would.

What follows are some answers to the most frequently asked questions about P2P traffic and ExpressVPN. If you have more, just leave them in the comments.

For example, instead of seeing a connection request heading to www.pirateproxy-bay.com, your ISP will only see gibberish like HG56SHFghtRTgfj54FD.

ExpressVPN also offers complete leak protection (WebRTC, DNS, and IPv6). The service also has a kill switch that protects you against traffic leaks. Thanks to that, your torrenting traffic can’t be accidentally exposed. And ExpressVPN doesn’t keep any logs, so the authorities or copyright agencies can’t force them to hand over torrent users’ data.

Can You Bind Torrent Clients to ExpressVPN?

Yes, but you don’t need to do that. ExpressVPN has a kill switch (called Network Lock) that shuts down your internet access if the VPN connection accidentally drops. If that happens, your torrent download will automatically stop, and will only restart once you’re connected to the VPN server.

ExpressVPN is fast, but you might experience noticeable slowdowns if your original speeds are slow. If that happens, do this:

Can You Unblock The Pirate Bay with ExpressVPN?

Yes. If your ISP blocks The Pirate Bay, ExpressVPN can help you unblock it. To do that, the service will route your traffic through a VPN server. That way, you’ll communicate with The Pirate Bay through a new IP address (one that doesn’t have firewall rules linked to it).

Just use a server in a country that doesn’t block this site. We tried multiple locations and always managed to access The Pirate Bay.

There isn’t a specific ExpressVPN server for torrenting you should use. Just connect to the one that’s closest to your location. You’ll get better download speeds because it takes less time for your device to exchange data with the VPN server.

We asked ExpressVPN’s support reps about this, and they confirmed you should use the nearest server.

How Many ExpressVPN P2P Servers Are There?

There are over 3,000 P2P servers in 160 locations in 94 countries. ExpressVPN allows torrenting on all their servers, so you can use their entire network.

Security-wise, ExpressVPN is ideal for torrenting. It is completely leak-proof without any extra steps (such as disabling IPv6 on your system). The VPN also includes a kill switch to prevent data leaks during disconnects, as well as split tunneling if you need a speed boost.

Best of all, the provider keeps zero user logs (verified with an independent audit). Their TrustedServer infrastructure also ensures any data-in-transit is periodically wiped to preserve your privacy. In other words, your torrenting activity will remain a secret from your ISP, copyright trolls, and similar third parties.

More importantly, ExpressVPN’s high-performance servers deliver great speeds for torrenting. All in all, ExpressVPN is one of the best torrenting VPNs on the market. And all this in spite of its relatively expensive plans and port forwarding being limited to routers.