Is Streaming on Kodi Legal in USA? 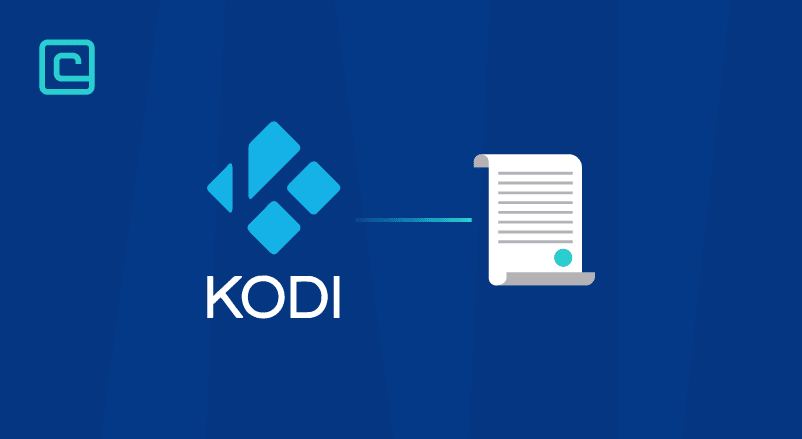 Kodi media player is often considered to be a free alternative to cable or an easier alternative to torrenting. Just install the relevant add-on on Kodi and you can stream any type of content that’s available. It’s completely free and open-source.

When you stream copyrighted content without the owner’s permission, you are said to be engaging in piracy. It’s true and that may make consumption via Kodi illegal. As opposed to streaming on Netflix, BBC, or Prime Video via the Kodi player.

Does that make Kodi illegal? Well, there is a catch. Streaming content via Kodi is a grey area and you should know what exactly you are doing to remain safe.

Here’s a smart guide on Kodi’s legality and why you should use a VPN to stay away from trouble.

Stream on Kodi Securely with NordVPN!

Kodi is 100% legal to use. It’s when you install unofficial add-ons that help stream pirated content that you enter illegal and unsafe territory. To understand this better, let’s go back to when Kodi was known as XBMC.

Kodi was developed as a multi-platform media player by the XBMC Foundation in 2002. It was meant to be just like any other media player like Plex, VLC, and DivX Player. As you can guess, the focus was on streaming all types of content, from movies to web shows, podcasts to music, to even GIFs and images.

Over the years, Kodi has come to be known for its beautiful skins, full customization, and free streaming of copyrighted content. That last part is what makes Kodi unsafe for personal use.

Streaming Pirated Content on Kodi is Illegal in USA

Streaming involves add-ons or plugins that allow access to pirated content across media, forms, and languages. Tens of hundreds of such add-ons (both official and largely unofficial) exist today. Many of these add-ons allow you to stream copyrighted content like the latest movies and TV shows.

Popular add-ons like Fusion and TVAdd-ons allow you to search entire libraries and stream content for free. This is where it gets tricky. Viewing copyrighted content via Kodi is against the law and can invite legal issues. We also cannot confirm these add-ons’ security, which adds to the concerns. Compare this with streaming content on subscription-only sites like Prime Video and Netflix via Kodi, which is legal.

Therefore, Kodi as a standalone media player is 100% legal and safe to use. You can safely use official add-ons such as those certified by Kodi itself or third-party ones. However, streaming pirated content is illegal and unsafe.

In other words, when you use Kodi like Popcorn Time or as a torrenting alternative, you step on the other side of the law. A great way to safeguard yourself and your devices is to use Kodi with a VPN. Continue reading to find out how.

Is Kodi a Streaming App or a Torrenting App?

Before we understand the need for a VPN, it’s important to approach Kodi from a user perspective. What exactly are you doing when you use Kodi?

Kodi is a media player that only acts as a screening service. For example, after you install Netflix on Kodi you will be required to enter your email ID and password. Once you access your Netflix account, you can stream the available content via Kodi. In this case, you get a better player (than Netflix’s native one) with additional customization. This is how the developers of Kodi intended it to be used.

On the other hand, when you stream a movie via an unofficial addon, you end up both torrenting and streaming content. The addon extracts the content through torrents and then streams it via Kodi. This approach is illegal if the content in question is copyrighted.

If you are looking at the second approach, a VPN is critical.

Why You Need a VPN for Kodi to Stay Safe

A virtual private network or VPN encrypts and tunnels your web traffic. It creates a private bubble to communicate over the internet, thereby hiding your internet protocol (IP) address. This makes you anonymous in the eyes of websites, ISPs, and interceptors like hackers.

When you use Kodi with a VPN, all your communication with the add-ons and content sources will be anonymous. If you are in a town in North Carolina, a VPN has the ability to switch your online location to another small town in another country.

This basically excuses you from your Kodi-related actions. Not that we advocate consuming pirated content, but a VPN’s presence can keep you safer and away from legal troubles. However, we should note that a VPN is not a foolproof solution to engage in piracy.

A VPN’s encryption may also save you from potential hacking. Unofficial Kodi add-ons are notorious for man-in-the-middle attacks and other forms of hacking. With a good-quality VPN, you can enjoy uninterrupted and safe streaming.

That brings us to the next part in this guide: the best VPNs for Kodi for all types of users.

Choosing a strong VPN for Kodi and streaming and torrenting, in general, is easy. Just look for a spread-out server network, unlimited bandwidth, and high-speed connections. Auxiliary features like a kill switch, port forwarding, and no-logs policy are also important. If you plan to cut the cord, consider the subscription cost.

NordVPN is our #1 VPN choice for Kodi. It’s an all-rounder service that scores in every major parameter. For instance, take its Speciality Servers that are optimized for torrenting purposes. Choose one of these and connect through its NordLynx protocol to get high-speed connections on Kodi. No need to manually figure out which server works best for movie streaming. While these P2P servers are not available in all countries, they certainly make your life around using Kodi a lot easier.

It boasts of CyberSec, a feature that automatically plugs phishing scams, ads, and popups. It also has a kill switch that blocks your access to the internet if it detects an issue with the connected VPN server.

Additional features like split tunneling, DNS leak and DDoS protection, and a strict no-logs policy will further favor your Kodi needs. It is also available for Android devices and Android TV if you plan to install Kodi on your smart TV .

Everything said, keep in mind that NordVPN is a premium service. Compare the plans in our detailed review before making a decision. In the rare case that you are dissatisfied, you can use its 30-day money-back guarantee.

With Surfshark, you get a combination of affordability and strong security features. For example, its CleanWeb and multi-hop features will aid in your Kodi activities. While CleanWeb will focus on ad-blocking and malware prevention, multi-hop will strengthen your tunnel by using two or more VPN servers.

The features of a kill switch, whitelisting, and private DNS further add value. Although, like NordVPN, Surfshark does not support port forwarding. This is crucial from a torrenting point of view as it singles out and optimizes your Kodi traffic for better speed and connectivity.

One thing that works to Surfshark’s advantage is its high download and upload speeds. If your requirement is beyond Kodi – such as basic torrenting – Surfshark will be the best choice.

PrivateVPN’s biggest advantage is its high-speed server network. Connect to any of its 150+ servers across 62 countries and you will experience little to no speed throttling. This will make your Kodi streaming bufferless, especially if you plan to access torrent content. Its 2048-bit encryption with AES-256 will further aid your torrenting needs.

In our tests, we also found its unblocking capability to be top notch. Take any streaming app – from Hulu to Netflix to regional sites such as Voot and Hotstar – and it will bypass their geo-restriction with ease. Match that with a no-logs policy, multiple VPN protocols, and reasonable pricing to get one of the best value-for-money VPNs for Kodi.

ExpressVPN offers almost all security features as NordVPN but for a slightly higher price. We are talking about NetworkLock, split tunneling, DNS leak protection, and TrustedServer technology.

While NetworkLock is its version of a kill switch, the TrustedServer feature is the most promising of the lot. The feature highlights that the VPN is dependent on RAM servers that do not host any data on local hardware. With this and the strict no-logs policy, you don’t have to worry about your data being shared with anyone. Even law enforcement agencies.

It offers high-speed connections and works well for torrenting purposes. In our tests, we found that its Smart Location feature optimizes connections for torrents. This will help you gain better speeds on Kodi.

When you compare ExpressVPN with NordVPN’s top-notch features and pricing, it lags behind. But as a standalone VPN service for Kodi, it checks all the boxes.

If port forwarding is a deal-breaker for you, let us introduce to you Private Internet Access, one of the few VPN providers that have the feature. All of its 25,000+ servers are optimized for all types of activities, including torrenting. Kodi and other P2P-related applications will run smoothly on its network, which also has a kill switch, ad-blocking, and proxy customization.

Here’s a list of questions and answers about Kodi’s legality and usage.

No. Only those Kodi add-ons that stream copyrighted content are illegal. Fen, Fusion, Exodus, and Morpheus are a few examples of illegal add-ons.

How do I distinguish between legal and illegal add-ons?

To ensure that you only install official and legal add-ons on Kodi, head to its official site. Choose your Kodi version (Matrix and Leia) and browse all available add-ons. Anything that is not featured on Kodi should be used with caution.

Is Kodi illegal in the USA?

No. Using Kodi as a standalone media player is 100% legal globally. However, using unofficial Kodi add-ons and streaming copyrighted content without permission is considered illegal in the US.

How safe is Kodi?

Kodi is 100% safe if you use it for personal consumption and stay away from copyrighted content. As long as you stick to official add-ons and do not stream illegal content, you will be safe.

Is the Kodi app safe and devoid of malicious content?

Yes. Kodi app is developed and maintained by the XBMC Foundation, a reputed non-profit organization. It maintains high application standards, as is evident from all the stable releases. Moreover, the Kodi app’s source code is publicly available, where individual developers and testers are free to test its security. However, the same cannot be said about the add-ons.

Is it legal to watch Netflix on Kodi?

Yes, if you have a subscription to Netflix and access it only via your credentials. If you access Netflix content through some other method without paying, you may be committing a copyright crime.