What Is The Best No Lag VPN For Warzone in 2023 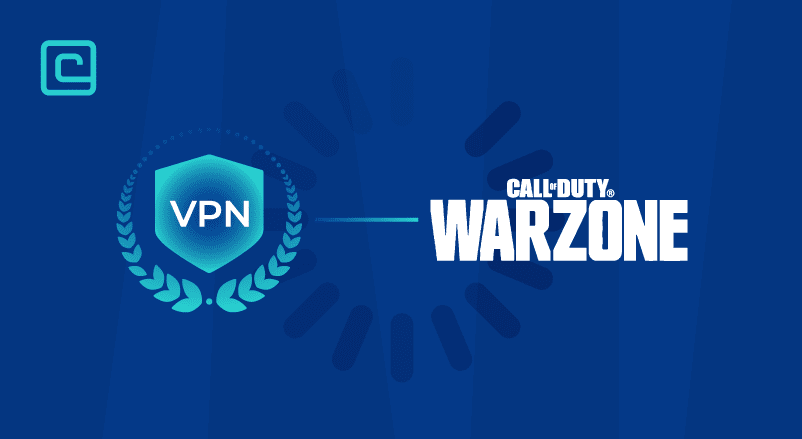 Call of Duty: Warzone is one of the best games around. There’s a reason why it recorded over a hundred million active players by April 2021, less than a year from its publication. It can be insanely entertaining when it pits you against other people with similar kill/death averages and skill levels.

However, sometimes, you want to avoid its skill-based matchmaking (SBMM), get bot lobbies, and enjoy playing against gamers with different skill levels. After all, fighting for your life each session can be exhausting.

Another common problem you may face when playing multiplayer Warzone sessions is high lags. There’s nothing more frustrating than in-game connection slowdowns. They ruin the entire gaming experience, leaving you raging.

Here’s where a no lag VPN (a virtual private network) can help. Through a no lag VPN connection, you will be able to go around SBMM, improve your network performance, and, as a bonus, protect your valuable information.

The question is, though, how to choose the best Warzone VPN provider?

To help you with that, we’ve prepared the following guide.

Get a better alternative to NoLagVPN:

What is a No Lag VPN?

Before we present you with the best VPNs for gaming, let us tell you a bit more about the Warzone VPN option designed specifically for Warzone players.

NoLagVPN is a VPN service specifically created for Call of Duty: Warzone and Vanguard. Its main purpose is to help you fix annoying in-game lag, go around SBMM, and avoid other annoying issues when playing Call of Duty multiplayer sessions.

It offers three subscription plans, a monthly, six-month, and yearly plan. All of its price plans are very affordable and come with a 7-day money-back guarantee. Even its monthly plan is noticeably more affordable than what you pay for with other VPNs.

However, there’s one big caveat you should be aware of. NoLagVPN lacks many features you would find in a standard VPN service. To be more specific, it lacks the user-friendliness you’ll encounter in other top-quality VPN apps. Moreover, it doesn’t have advanced features like a kill switch, DDoS protection, or split tunneling.

Instead, it simply uses regular OpenVPN configuration to establish connections, in this case, designed specifically for COD games. What’s more, it only works on PC and is not compatible with Xbox and Playstation consoles.

Functionality-wise, NoLagVPN also can’t help you access restricted services, unblock streaming platforms, or protect you when you’re P2P file sharing. If you want to be able to use these features, we recommend signing up with a real no lag VPN service. We’ll go over the best no lag VPNs later in this guide.

Why Use No Lag VPN for Warzone

You might think that you don’t need a no lag VPN for Warzone. There’s no fault in this logic, don’t get us wrong, but as we’ll explain in a moment, there are a couple of strong arguments in favor of using a VPN when playing Warzone (or any other online game).

Here are a couple of reasons why you should use a no lag VPN for Warzone:

How to Download and Use a No Lag VPN?

Using NoLagVPN or any other VPN service to eliminate lag is not very difficult. With that in mind, as the majority of this guide is dedicated to NoLagVPN, we’ll mainly focus on how to download and set up this service.

Here’s how to use the NoLagVPN service:

How to Pick the Best No Lag VPN Server?

First of all, always look for VPN servers that are not in your actual location but are not too far from you. This will ensure you get different, potentially easier lobbies and still have low lag, as the VPN server won’t be physically very far away from your real location.

However, if you’re looking for the easiest opponents, you can deviate from this a bit and connect to slightly remote servers located in a country in a different time zone. For instance, if you’re in the US, you can connect to a VPN server based in Europe.

That way, when you play in the evening, it will be the middle of the night in the server location you’re connected to. This means less crowded lobbies and often easier opponents.

The Best Zero Lag VPN for Warzone: Our Top 3 Picks

Before we proceed with the full reviews, let’s take a look at, in our humble opinion, the three best Warzone no lag VPNs for a 100% lag-free experience.

The Best No Lag VPNs for Warzone: Full Consumer Reviews

Besides NoLagVPN, a handful of other VPN services can deliver a lag-free VPN gaming experience. After testing the best VPNs in the business, we’ve filtered out the top five ones that work great for Warzone and gaming in general. With that in mind, here are the five best no lag VPNs for gaming:

NordVPN is the best VPN for Warzone and the best VPN for Call of Duty overall. It’s the fastest VPN on the market, primarily thanks to its outstanding NordLynx protocol. This is a super-fast and stable protocol, up to two times faster than other standard VPN protocols.

The service also numbers over 5,400 servers around the globe, so you can always easily find the best location to play Warzone in. You can even get a dedicated IP if you don’t want to share your VPN IP with anyone when gaming.

On top of these excellent features for gamers, NordVPN is also one of the most secure services in the industry. It offers non-stop data protection, an advanced kill switch, and a strict no-logs policy.

Surfshark is fast, cheap, and reliable, a perfect combination you would look for in a VPN for Warzone. Its long-term plan costs only around a couple of bucks but provides amazing value and unlimited simultaneous connections. Its apps come with the high-performing WireGuard protocol, which minimizes the speed drop and helps maintain low and stable lag.

This VPN is also filled with advanced features. From strong military-grade encryption to private DNS and IP leak protection and a kill switch, you can be certain that you’re not only getting a fast but also a very secure connection every time you use Surfshark.

With over 750 highly-optimized servers capable of delivering great speeds and reducing lag, Atlas VPN is a fantastic all-around gaming VPN. It’s very simple to set up and combines the convenience of quick access with heavy-duty protection features.

Atlas VPN apps include the best-in-class WireGuard protocol to ensure secure and seamless gaming. You can also count on private DNS, split tunneling, a kill switch, and some unique features like SafeSwap and MultiHop+.

But this isn’t everything. Atlas VPN also offers a great free VPN plan with a limited number of servers. This can be a great option if you don’t have the extra money to spend on a VPN subscription.

If you’re new to VPNs and just want a simple gaming VPN for Call of Duty, PrivateVPN is a great choice. It has a good server network of over 200 servers and offers above-average connection speeds. With the simple app interface, you can easily navigate even without any previous VPN experience.

Another reason why PrivateVPN is great for Warzone is its impressive 99.98% uptime. To put it differently, you can play for dozens, if not hundreds, of hours without worrying about any connection drops while in the game. It’s available on all major software platforms.

ExpressVPN is one of the fastest VPNs, so it’s a great pick if you need a service that will keep the lag and ping to a minimum. It has a huge network of over 3,000 servers in more than 94 countries.

All of its servers run on ram and include private DNS encryption. Moreover, ExpressVPN offers split tunneling, allowing you to conveniently route only Warzone through the VPN server while keeping all other traffic on your real IP address.

Outside of gaming, ExpressVPN is also known as a terrific service for unblocking restricted content. So, you can use it in authoritative countries, when traveling, or anytime you want to access a geo-blocked website or service.

How We Made Our Picks?

All the VPN providers are industry leaders. We believe that you should always test VPNs yourself, especially when it comes to online gaming. That’s because while they offer everything you could’ve hoped for from a VPN, they may not work that well with a particular game, in this case, COD: Warzone.

So, how can we ensure you all the above VPNs work well with Warzone?

Price – last but not least, there’s a price. While choosing the most affordable or free VPN might not be the best strategy, it’s always good when a VPN can provide comprehensive features for an affordable price.

Can I use a no lag VPN free of charge?

In most cases, we don’t recommend using a free VPN for gaming if your main goal is to get no lag on Warzone. This is because free VPNs aren’t suitable for gaming. They can’t provide fast and stable speeds, so you’ll most likely experience very laggy gameplay with high ping. Not only that, but many free VPNs are not safe to use.

Can you get banned for using a no lag VPN for Warzone?

No, there’s no evidence that COD Warzone bans players for using VPN services to play the game. So, as long as you use the VPN to improve your connection speed and reduce lag and ping, and not for any underhanded purposes, you don’t need to worry about getting banned.

How does NoLagVPN work for playing Warzone?

NoLagVPN only routes the game-related traffic through the VPN server. This means that all other traffic outside Warzone goes through your regular connection. In other words, NoLagVPN doesn’t protect your information, nor does it unblock geo-restricted data.

Can I use NoLagVPN on PS5?

No, NoLagVPN only works only on PC. You can’t use NoLagVPN to play Warzone on PS4, PS5, or any Xbox console. Moreover, you can’t connect it even if you use a PC to share the connection with the console. That said, if you want a no lag VPN for Warzone you can use on consoles, check out the other five VPNs on our list.

Hopefully, this no lag VPN Warzone guide has helped you learn how to pick and set up a no lag VPN for Warzone. NoLagVPN is an excellent service you can use to minimize lag and ping. But, as we’ve mentioned before, it’s technically not a VPN in the general sense, as you can only use it to play Warzone Pacific and Vanguard on your PC.

With that in mind, if you want a real VPN that can lower lag, unblock content, and protect your online privacy at the same time, any of the five best VPNs for gaming we’ve listed above does a great job. If you have any more questions or want to learn more about the best VPNs for gaming, we recommend you read our detailed top VPNs for games page.