Why does Netflix block VPN 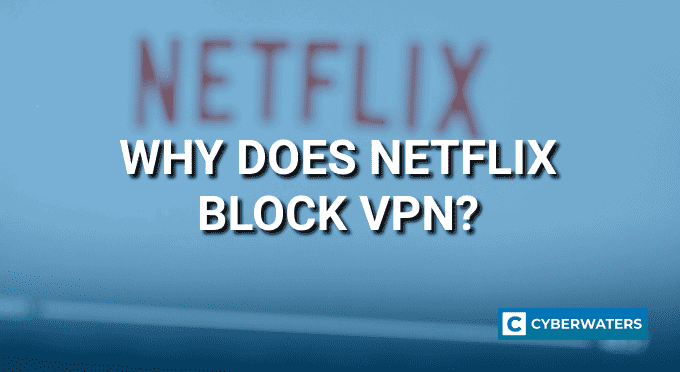 Netflix is known to block VPNs when trying to access it’s immense video libraries that differ in each country. It has the largest content collections in Japan and the US but only those who live there can access them. To unblock all content you need to use a VPN, however, Netflix is known for banning such connections.

Earlier in 2018 European parliament voted to ban geo-blocking practices 1 that censor content based on the geographical location. While it affected many shopping-based websites, however, copyrighted goods such as e-books and audio-visual products were excluded from the regulation, meaning streaming platforms such as Netflix are still allowed to geo-filter their content. The exclusion of streaming services made little sense from a consumer point of view and therefore it is going to be reviewed in 2020.

Netflix has more than 50% of the market share both in the US and EU and, as the largest streaming platform with the immense collection of video content and TV shows, it is still allowed to block certain content. To bypass such blocks VPNs became popular means to access those libraries, however due to the pressure from copyright holders Netflix is forced to block connections made using proxies and VPNs, but why?

Why does Netflix block VPN

The reason why Netflix blocks VPNs is because movie production studios sell and set strict copyrights by country to maximize profit. These laws allow Netflix to show video content only to that country’s audience. Accessing Netflix with VPN violates the signed agreement therefore it tries to ban such connections.

Filming a movie could sometimes cost millions of dollars, for example, the most expensive so far was Pirates of the Caribbean: On Stranger Tides with a production budget of $379 million US dollars. In order to get back the most from the investments, the production companies divide the copyright laws by country this way making it easier to adapt to specific market demands.

Buying the copyright for a specific country’s audience means that Netflix is not allowed to show it anywhere else and is forced to geo-block video content. With VPN, however, you can access any library and watch the videos which are otherwise would not be available to see.

Netflix was pressured by copyright holders who were losing their money due to many subscribers accessing streaming services with the help of a VPN. Since Netflix had signed contracts with creators the company was forced to think of a way to block such connections.

Netflix ended up banning most of the known VPN providers’ IP addresses, however, since the technology becomes so advanced VPNs found new ways to unblock access to this streaming platform.

A VPN that works with Netflix

Even though Netflix blocks VPNs, there are a few that still work and can access any content in any Netflix Library, have good speeds and advanced privacy features too. Here are the VPNs that work with Netflix:

Netflix blocks VPN connections because copyright laws prevent showing the content to a specific country’s audience. Using a VPN would bypass the geo-filters and unlock content anywhere this way allowing us to see otherwise unavailable content. Even though Netflix constantly blocks well-known VPNs the best ones such as NordVPN still find ways to access this popular streaming service from anywhere.