VPN not working? Here’s How To Fix It 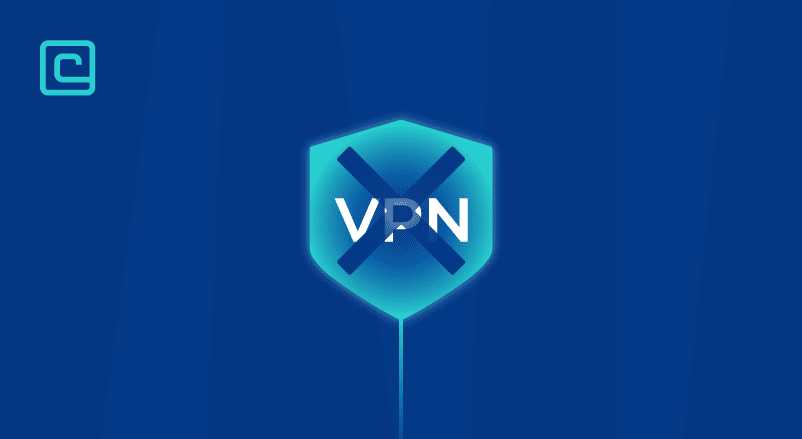 If you’re having trouble connecting to your VPN, don’t worry – you’re not alone. Many people are experiencing these issues lately.

The most common reason why VPN is not connecting include issues with the internet connection, software or device problems, or it can be caused by firewall protection, blocked ports, and even faulty configuration of your router.

However, we’ll talk about some of the most common problems with VPN connections and how to fix them. We’ll also discuss some solutions that will definitely help you get back online quickly. Let’s begin.

The first thing you should do if your VPN will not connect is to check your internet connection. If you’re using a public Wi-Fi network, it’s possible that the connection is not stable enough or it might be blocked by the network administrator.

If you’re using a mobile data connection, make sure that you have enough data left for the month. It’s also possible that your carrier is blocking VPN traffic, so you might want to contact them and ask about it.

If you’re using a wired connection, check to see if the cable is properly plugged in and if the router is turned on.

There are a couple of things you can do when the VPN connection failed.

If none of these solutions work, then the problem might be with your VPN software or the device.

2. The Preferred Server is Not Working

If you’re using a VPN, you might have noticed that some servers work better than others. This is because different servers have different speeds and might get overpopulated with users. This is, again, one of the reasons why people tend to ask ‘’why isn’t my VPN working properly’’.

If your preferred server (the server you set to automatically connect to) is not working, the first thing you should do is try another server. If that doesn’t work, then the problem is not with the servers. However, it’s always a good idea to double-check by trying a different server.

There are a few things you can do to fix this:

You can also face certain types of problems with the server you’re using. For example, if you want to break geo-restrictions in China, you should look out for the best VPN for China. But, if you continue to use that exact server for other activities, such as watching shows on a streaming platform, you will likely not be able to maintain a stable connection.

If you’re asking yourself ‘’ why is my VPN not working’’, it could be because your credential details are incorrect. This is a common problem, especially if you’re using a new VPN service.

In order to deal with this kind of problem, you have to:

More often than not, you’ll face a certain problem if your device is simply not compatible with the VPN provider you have. Therefore, it’s common to wonder why won’t my VPN connection work to a specific server or in general. For example, if you changed your smartphone or laptop and want to install the latest VPN app, you might experience problems with the connection.

This can happen due to the fact that the device already has a VPN installed and it’s simply blocking the VPN you want to use. In most cases, people struggle with this problem, especially when they change from Android to iOS.

Also, problems could be caused by the different software for protection, like firewall protection. Your VPN app will not be able to connect to the internet since the software is not allowing it to work properly.

In order to fix this type of problem, you simply have to:

5. Problems with the VPN Protocol

Not being able to connect to the internet with your VPN might be caused by the VPN protocol. Wondering why won’t my VPN connect to a certain server is not always caused by your internet connection or wrong router settings.

Those who are not familiar with VPN protocols are more often to deal with this type of problem. Namely, most VPN providers have either TCP or UDP protocols. Both of them are used for data transferring but they have different methods to do so.

So, if you have a problem with the connection, it can be caused by the protocol you use, which is not compatible with the device or router. Also, in some cases, your ISP can cause problems if the VPN protocol is not working properly.

Anyhow, it’s easy to deal with this kind of problem as you simply have to change the protocol and find the best possible fit for your needs. Here are some of the most common protocols to choose from:

Some VPN providers like NordVPN have their own specially tailored protocols that are based on these three options. So, if you’re using NordVPN, make sure to try NordLynx protocol which is actually the WireGuard type with a bit more features and a faster connection.

This protocol offers a stable connection, and most importantly, it will hide your IP address without any problems.

Sometimes, the problem is not located in your device or internet connection, it’s also possible that the VPN app is not working properly. To be perfectly clear, this is not the most common problem as most VPN apps are automatically updated and maintained without our full attention.

However, there are times when you simply can’t connect to a VPN due to the issues related to the software. There are lots of possible causes for this problem, but they all come down to one simple solution.

You can either contact the customer support of the VPN provider, or you can simply restart the app. In some cases, deleting and again installing the app works too.

If your ISP is blocking specific ports, it means that they’re preventing you from communicating with the services you want to use. If your ISP has blocked all ports but one, for example, then you’ll need to make sure that only your VPN service uses that single port, otherwise, you’ll have VPN issues.

The most common reason an ISP may block specific ports is that they are used by torrents or file-sharing software like uTorrent. However, there are also several common port numbers that VPNs use to connect their users with servers (port 1194 and 443). If these are being blocked by your ISP, then this might be causing issues when using a VPN connection.

In most cases, port 433 is used by VPN software to transfer data through a specific tunnel which protects the privacy of information. So, if the ISP is blocking that port, the best way to get by it is to use the obfuscation feature some VPNs have. NordVPN will allow you to use this feature and will also hide all your activity from your ISP.

The best way to solve this problem is to redirect the traffic to another port or simply change the VPN protocol. Changing VPN protocol is very effective here as it uses different ports and you’ll be able to get around this block.

8. Router Inability to Work with VPN

If you have your own router, not the one your ISP provided, there’s a good chance that you bought the one that’s not supporting VPN software. This can also be the case with the ISP router, so you simply cannot connect to VPN, or VPN will not connect to the internet at all.

However, there’s always a solution and in this case, it’s simple. Namely, all you have to do is to change the settings in your router and enable it to work with VPN software. Simply speaking, you have to disable firewall protection in our router, or at least set it to low.

There’s also a solution to choose a specific option, so you can allow VPN to work in your router. This problem is most common when it comes to a VPN not working on WiFi.

9. A firewall is Blocking the Connection

In that light, the firewall will see your VPN app as an unwanted connection and will block all traffic that’s coming from it. Therefore, you won’t be able to access the internet even though the VPN app is working properly.

So, how can you disable your firewall so it can work with VPN?

First, you need to tell the firewall to allow all communication through itself and not block anything by default. That way, when using a VPN, no packets will get blocked by your firewall and there won’t be any issues with connectivity or speed when accessing websites or other resources online.

This is probably the most common reason why is my VPN not connecting or working at all. Everyone who is experiencing problems with a private VPN not connecting is likely to solve the problem by changing the settings in the firewall.

If you’re trying to connect to a VPN and you’re getting blocked by Netflix or another streaming service, there are two possible reasons why this could be happening. The first is that the VPN server you’re connecting to has been blacklisted by one or more of these services as being unsafe or malicious.

These lists are updated regularly and can change at any time. The second reason is that these services may be blocking VPNs by default. This means that you will need to manually configure your VPN client with the server address of a server that isn’t blacklisted and still works.

So, basically, every streaming service is blocking VPN usage on their sites and apps. For example, Netflix is known to use a special kind of Proxy detection which in most cases means that VPNs don t work as they should.

Anyhow, in order to bypass this kind of restriction, you need to find the best VPN for streaming that has new servers that are not easily spotted. Simply put, VPNs like Surfshark are constantly renewing their IP addresses which will allow you to always stay one step ahead of the streaming service you want to use.

In the light of everything we said above, it’s clear that you can almost always find a way to fix the VPN not connecting problem. All you need to do is to find the cause and try to fix it with the best possible solution.

We listed all the most common problems people face with VPN connection problems, so it’s certainly going to help you find a suitable solution.