5 Best Iran VPNs in 2023 (For Streaming and Unblocking) 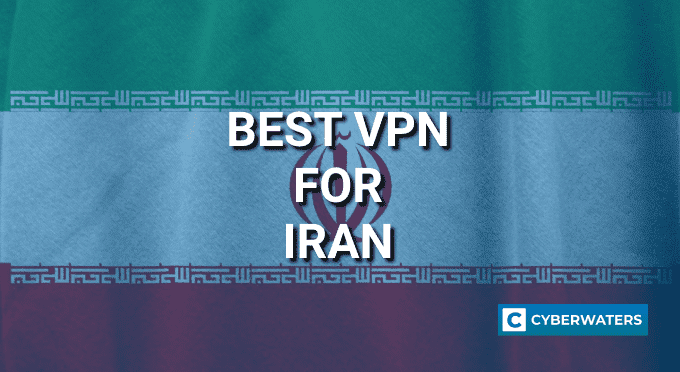 If you are looking for a VPN with an Iran IP address use this guide.

If you want to unblock censored or geo-blocked sites, hide your P2P traffic, avoid surveillance, or secure your data in Iran, you’ll need to use a VPN. But you can’t use any service – you need an Iran VPN the government can’t block.

In this article, we’ll take a look at which VPN works in Iran. We’ll only highlight services that offer great security, features, and speeds.

Here are the best VPNs for Iran:

How to Pick a Good VPN for Iran

When picking reliable Iran VPNs, this is what we pay attention to:

Many VPNs have landing pages where they advertise the fact that their service is “the best VPN for Iran.” But that doesn’t mean they work there all the time or that they offer top-notch privacy and security. We researched and tested over 20 VPNs to find the best ones.

NordVPN works in Iran and other restrictive countries like China and Russia. The support reps confirmed their users in Iran have no problem using the VPN. NordVPN also offers obfuscation, and we like that it’s available on 150+ of their servers.

NordVPN has excellent security. It uses powerful encryption and has a reliable kill switch. All its servers run on RAM memory only, meaning every reset wipes all data. What’s more, this VPN offers full leak protection – its apps and extensions will block IPv6, DNS, and WebRTC leaks.

This provider doesn’t keep any logs, and it successfully underwent two security audits to prove its no-logs claims. NordVPN also has a powerful ad blocker called CyberSec that blocks malicious ads and sites.

You get fast speed with NordVPN – mostly thanks to their NordLynx protocol which is built around WireGuard technology. Research from AV-TEST also concluded that NordVPN is the fastest VPN on the market.

NordVPN offers excellent streaming. It has fast speeds, unblocks most sites, and has a huge network of 5,400+ servers in 59 countries. It’s also great for torrenting. It allows P2P traffic on 4,600+ servers and has fast downloads. Besides NordLynx, you can also use IKEv2/IPSec and OpenVPN. You can get this Iran VPN for iOS, Android, Windows, macOS, Linux, Chrome, and Firefox.

Another cool thing about Surfshark is that it has unlimited parallel connections with one account. You can use it on as many devices as you want. Yes, you can even share the account with friends to save money.

Besides that, Surfshark also offers obfuscation. You automatically use it whenever you use the OpenVPN protocol. That means Surfshark allows obfuscation on 3,200+ servers in 65 countries.

Best of all – Surfshark has a backup plan if you can’t connect using OpenVPN, WireGuard, or IKEv2/IPSec: Shadowsocks. It’s another obfuscation method that hides your VPN traffic.

Other than that, Surfshark has a no-logs policy, powerful encryption, RAM-only servers, an ad blocker, and a capable kill switch. It also protects you against DNS and WebRTC leaks. Unfortunately, Surfshark doesn’t block IPv6 traffic. So, you’ll need to manually disable IPv6 on your end to avoid leaks.

Regarding P2P, Surfshark has 80+ torrenting servers. This VPN is also great for streaming as it has fast speeds and can unblock most sites. Surfhsark works on Windows, Linux, macOS, iOS, and Android. It also has Iran VPN extensions for Chrome and Firefox.

This provider is one of the cheapest on the market, it accepts cryptocurrency payments, and it has a 30-day refund. You also get 24/7 live chat and email support.

PrivateVPN’s support reps confirmed their service works in Iran. While it has a small network of only 200+ servers in 63 countries, you can use obfuscation on all of them through PrivateVPN’s Stealth protocol.

Also, PrivateVPN is really good for P2P. You can download torrents on all 200+ servers. You also get port forwarding which helps you get better speeds sometimes. And PrivateVPN has very fast download speeds. When we ran tests, we had the quickest ETAs with this VPN.

PrivateVPN has very good security. It has military-grade encryption, a no-logs policy, and a kill switch. Its apps also prevent DNS and IPv6 leaks, but you’ll need to use uBlock Origin to get rid of WebRTC leaks since PrivateVPN doesn’t protect you from them.

This is a good streaming VPN because it unblocks most streaming sites. As for protocols, you can use OpenVPN, IKEv2/IPSec, L2TP/IPSec, and PPTP on top of the Stealth protocol. With PrivateVPN, you get an Iran VPN for Windows 10, macOS, Linux, iOS, and Android.

PrivateVPN has good 24/7 live chat and email support. Also, the pricing is attractive, you can pay with crypto, and you get a 30-day money-back guarantee.

ExpressVPN works well in Iran and offers obfuscation on all 3,000+ of its servers. To bypass government censorship and obfuscate your VPN traffic, you need to use the Automatic protocol. But our tests show you can also unblock censored sites with the Lightway protocol. That’s ExpressVPN’s proprietary protocol which the provider designed to be fast.

We also like how secure ExpressVPN is. It has bank-grade encryption, RAM-only servers, and an audited no-logs policy. Also, you get a very reliable kill switch and complete protection against IPv6, DNS, and WebRTC leaks.

ExpressVPN has fast speeds and is excellent for streaming – it has 3,000+ servers in 94 countries and it unblocks most streaming sites with ease. Also, this VPN allows P2P traffic on all its servers and works with all torrent clients. Besides Lightway and the Automatic protocol, you can also use OpenVPN, IKEv2/IPSec, and L2TP/IPSec. ExpressVPN offers an Iran VPN for PC, macOS, Linux, iOS, Android, Chrome, Firefox, and Edge.

In terms of customer support, ExpressVPN has 24/7 live chat and email support. It’s more expensive than other VPNs, sure. But it accepts cryptocurrency payments and offers a no-questions-asked 30-day refund. 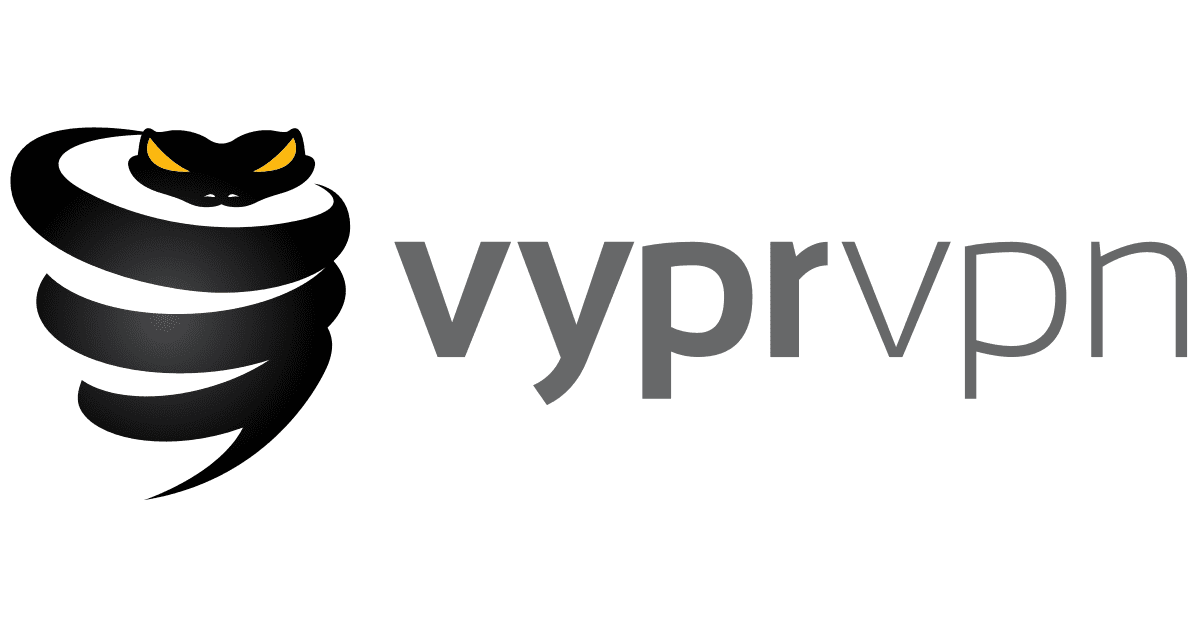 VyprVPN defeats censorship with a protocol it developed called Chameleon. It combines OpenVPN with obfuscation to get around VPN blocks and avoid detection. Besides Chameleon, you can also use OpenVPN, WireGuard, IKEv2/IPSec, and L2TP/IPSec.

This provider offers really great security. You get strong end-to-end encryption, a no-logs policy verified by an audit), and a kill switch. VyprVPN also protects you against DNS leaks through its encrypted VyprDNS servers, and it stops WebRTC leaks too. There’s no IPv6 leak protection, however, so you’ll need to manually disable IPv6 on your device.

VyprVPN is a good P2P VPN since it allows torrenting on all its servers. It has 700+ servers in 70+ countries, which is pretty good. This VPN is also able to unblock popular streaming sites and offers decent speeds. You can download VyprVPN’s Iran VPN for Windows, macOS, Android, and iOS.

VyprVPN has good 24/7 live chat and email support, and a 30-day money-back guarantee. The pricing is cheap, but it’s a shame that VyprVPN doesn’t accept cryptocurrency payments.

How to Use a VPN in Iran

In this part, we’ll answer some common questions people ask about Iran VPN services. If you have more, just leave them in the comments.

Is Using a VPN Illegal in Iran?

It’s hard to tell, actually. Many online articles say that VPNs are illegal there, but they don’t exactly offer any sources. The only source we could find is this article from 2013. But the only reason VPNs are called “illegal” there is because that’s how the authorities refer to them. They don’t say that using them is illegal, just that they blocked “illegal VPNs” – services that aren’t registered in Iran.

In fact, it looks like many people in Iran use VPNs regularly to get around censorship. A person living in Tehran also responded to this Quora question. They said that VPNs are illegal but nobody has faced any repercussions for using them.

So the bottom line is VPNs might be illegal there, but you might not get in trouble for using one. To be safe, always enable obfuscation to make sure your ISP can’t see you’re using a VPN. Oh, and use crypto to pay for the VPN so that your payments can’t be traced to your VPN account.

Does Iran Enforce a VPN Block?

We don’t know how the government gets access to the VPN providers’ IPs. Maybe they have a cyber police division that signs up for popular VPNs and collects their IPs. Or maybe they use some kinds of geo-location services that give them access to VPN and proxy IP databases.

Some VPNs can bypass those blocks, though – like the ones mentioned in this article. They do that by:

What Websites Are Censored in Iran?

It’s hard to put together a full list because it’d be too lengthy. But according to this article, around 35% of the world’s most popular sites are blocked in Iran.

After reading various articles and Reddit and Quora threads, we found out that these sites are blocked on and off in Iran:

Why Do People Use Iran VPNs?

The main reason is to bypass government censorship. But they also use VPNs to unblock geo-locked sites like Netflix or BBC iPlayer.

Also, people rely on VPNs to hide their browsing from the government and secure their Internet traffic.

Can You Use a Free Iran VPN?

Yes, you can download Iran VPNs for free for PC, macOS, Android, and iOS. However, we don’t recommend doing this.

Besides being free, there are no other perks. Free VPNs aren’t safe to use. They might log your data and expose you to malware. They might also spam you with ads and have very slow speeds. Plus, free VPNs use monthly bandwidth caps which barely let you unblock any content.

Finally, free VPNs have buggy apps and unreliable support. Don’t expect to get 24/7 live chat support as you do with paid VPNs.

No, they can’t. This is a common misconception. An Internet blackout is when the government shuts down Internet access across the country. And the Iranian government does that pretty often during protests.

For a VPN to work, you need online access. There’s no way for it to restore your Internet. When you connect to a VPN server, your traffic first passes through your ISP’s network, like so:

If your ISP shut down your Internet connection, there’s no way for you to access the VPN.

Can the Iranian Government Force VPNs to Hand Over Logs?

Generally, no. The only way the government could do that is if the VPN provider were headquartered in Iran. In that case, the company would be under the legal jurisdiction of the Iranian authorities. The VPNs we listed in this article are all located in privacy-friendly countries:

The only other way the Iranian government could force a provider to hand over logs is if the VPN has physical Iran servers. If the servers are physically located there, the authorities could seize the VPN’s Iran servers.

To get the best privacy and stay safe, we recommend not using a VPN that’s headquartered in Iran or has physical Iran VPN servers.

How Do You Speed Up Iran VPNs?

VPNs slow down Internet speeds, which isn’t good since Iran doesn’t have fast Internet. Here’s what you can do if you experience slowdowns: