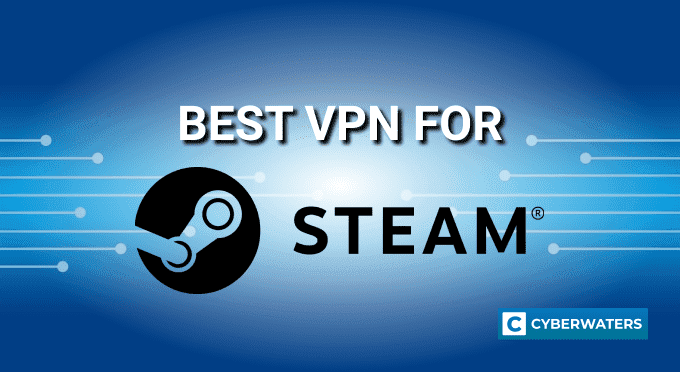 Steam is a huge name in the digital game distribution world. It holds over 50,000 games and enjoys a user base of over 120 million players. It’s an excellent and top-quality platform overall. Having said that, if you’re a part of the Steam community, you know that it’s not problem-free. This primarily relates to security and platform access issues.

Online gamers are the target of crucial license scammers, keylogging attacks, and many more intrusions. Plus, sometimes Steam itself is very restrictive towards specific countries and regions. The best way to protect yourself and avoid all of these issues is to use a VPN for gaming.

Here are the best VPNs for Steam:

But can you use a VPN on Steam without getting banned? Moreover, does a VPN even work on Steam, to begin with? We’ll guide you through everything you need to know about using a VPN for Steam and share with you the best tips on how to use Steam without getting banned. Furthermore, we’ll also discuss the five best VPNs proven to work on Steam reliably and consistently.

Why You Need a VPN for Steam

Steam is regarded as a very sound and sophisticated platform. Still, there are many reasons why you should consider using a VPN on Steam. Here are some of the most significant ones:

Can You Get Banned on Steam for Using a VPN?

No, you won’t get banned on Steam for using a VPN. That said, Valve has very strict rules when it comes to VPN use. The Steam Subscriber Agreement makes a clear statement towards the platform’s stance on VPN use. There’s a paragraph that says:

“You agree that you will not use IP proxying or other methods to disguise the place of your residence, whether to circumvent geographical restrictions on game content, to purchase at pricing not applicable to your geography, or for any other purpose. If you do this, Valve may terminate your access to your Account.”

This may seem unfair and unreasonable, but things aren’t so serious as this paragraph makes them seem. In reality, the chances of Steam banning you are quite minimal if you follow a simple rule of thumb. You should remember several crucial things at all times:

The four rules above are fairly easy to understand and simple to follow. If you abide by them while using a VPN for Steam, you should be able to use the service without any risks. The first two rules are particularly stringent, and you should always comply with them. Never use a Steam VPN to unlock a game early or get it at a cheaper price.

For example, if you live in the US and try to use a Russian VPN for Steam to access better prices or exclusive games, you’ll likely get banned. Buying Steam games with a VPN is all right. Just make sure you’re not doing so to get a lower price or access restricted content.

NordVPN is our top pick for the best VPN for gaming and holds the same title when it comes to Steam. NordVPN comes with all of the necessary features you need for a great Steam VPN. It’s reliable, secure, and easily accesses any region you want to play in. Plus, you can count on the convenient server obfuscation features and the VPN’s advanced in-house NordLynx protocol.

With over 5,300 servers in 59 countries, you can count on worldwide access and the fastest connections around. All of NordVPN’s servers are RAM-based, ensuring optimal user privacy and security. In addition, the provider is based in privacy-friendly Panama and doesn’t store any user data.

If all of this isn’t enough to sway you their way, NordVPN also has some of the most affordable VPN subscription plans you can get. What’s more, this VPN offers an excellent 30-day money-back guarantee to all of its subscribers. So if you change your mind anytime during the first 30 days, you can request a full refund, no questions asked.

Surfshark has a well-distributed network of over 3,200 servers in 65 countries around the globe. Not just this, but all of its servers come with private DNS and adhere to a strict no-logs policy. The service is known for its above-average speeds and excellent unblocking ability. Both of which are crucial when using a platform like Steam.

Lastly, Surfshark is one of the very few VPNs that offers server obfuscation. This alone is enough to place it among the top VPNs for Steam. If you commit to one of the service’s long-term subscription plans, Surfshark presents a great low-cost VPN. And, when you factor in all of its advanced features, it also offers fantastic value for money.

PrivateVPN might not offer the most extensive network or the fastest servers in the industry. But, it provides a perfectly balanced VPN service with great gaming speeds and a very solid server network. Focusing on the latter, you can choose from over 200 server locations in 63 countries worldwide. Moreover, it has streamlined and easy-to-use apps across all Steam-supported platforms and devices.

Its apps come with strong 256-bit encryption and protection against DNS and IPv6 leaks. There’s also a convenient and reliable automatic kill switch. Additionally, this VPN allows you to switch between different encryption settings and easily set your preferred network protocols. Whether you’re a beginner or advanced VPN user looking for a solid Steam VPN, PrivateVPN is the top choice.

ExpressVPN is hailed for its ability to bypass the toughest restrictions and work even in the most authoritarian regions. It has a fantastic ability for staying under the radar while ensuring blazing-fast and stable connection speeds. The service provides over 3,000 servers across 94 countries worldwide.

Besides its region unlocking ability, ExpressVPN is an excellent VPN for gaming overall. It offers a variety of customizable features, allowing you to customize and make it your personal VPN for Steam. ExpressVPN comes with top-notch 256-bit encryption, kill switch, and zero-logs policy. ExpressVPN is one of the more expensive VPNs on the market. But, if you’re looking for a strong VPN for Steam, it’s worth the subscription price.

When it comes to switching between servers, the more options you have available, the better. And, no VPN provides you with such a broad playing field as Private Internet Access. With over 35,000 servers worldwide, with all servers supporting the WireGuard protocol. You can even get a dedicated IP address for an even better gaming experience.

PIA provides open-source transparency and maintains a strict no-logs policy. It comes with top-standard encryption, an advanced kill switch, and leak-proof features. Its above-average speed is great for gaming over Steam, regardless of your global location.

How to Change Steam Region with a VPN

Remember, when you use a Steam VPN to change the country or region, you’re potentially risking a ban. So, just like changing up servers, you shouldn’t update your Steam address too often. If Steam detects any suspicious behavior, it will promptly set a cooldown period or ban your account entirely.

Can I use a VPN to buy Steam games?

Yes, you’re completely free to buy Steam games with a VPN. The biggest thing to pay attention to is that you’re not using a Steam VPN to purchase games for cheaper in other regions. Valve strongly disapproves of this behavior, and you might get a Steam VPN ban.

Although Steam doesn’t have an advanced VPN detection system, it can still snoop out VPN users. If you frequently switch up servers or use remote servers often, you’ll quickly set off an alarm. The best way to go around this is to use a VPN service that offers you Dedicated IP options or supports network obfuscation.

Can I use a free VPN for Steam?

No, you should never use a free VPN for Steam. Even most premium VPN services quickly get detected by Steam. Free gaming VPN services will only get you in trouble and lead to a complete account ban. What’s more, they are generally unsafe to use and can endanger your data privacy.

Does Steam work with VPN services?

Yes, you can use Steam with a VPN. A top-quality VPN will work on Steam and vice versa. That said, remember the things we’ve discussed on this page. Using a VPN with Steam does come with certain risks, as Steam has a rigorous policy regarding this. You should always stay in line with all of the platform’s rules.

Is it illegal to use a VPN for Steam?

No, it’s perfectly legal to use a VPN that works with Steam. However, make sure that both VPNs and Steam are legal and allowed in your country before signing up with either. In some highly restrictive countries like the UAE, Russia, or China, you can get in trouble for using a VPN.

Using Steam with a VPN – A Quick Summary

As we’ve discussed above, there are many reasons to use Steam with a VPN. You can enhance your online security and privacy and even improve your performance. With that in mind, you should be careful when using a VPN for Steam games. Make sure to remember the tips and tricks we shared with you on this page, and you can enjoy Steam without any worries.

Lastly, for all of these reasons, it’s key to pick a proven and robust VPN that can work on Steam without any issues. The five services we’ve listed on this page are all great choices for Steam. That said, we recommend NordVPN as the top service for Steam. NordVPN’s Steam compatibility is unmatched and will provide you with all of the gaming action and maximum security.