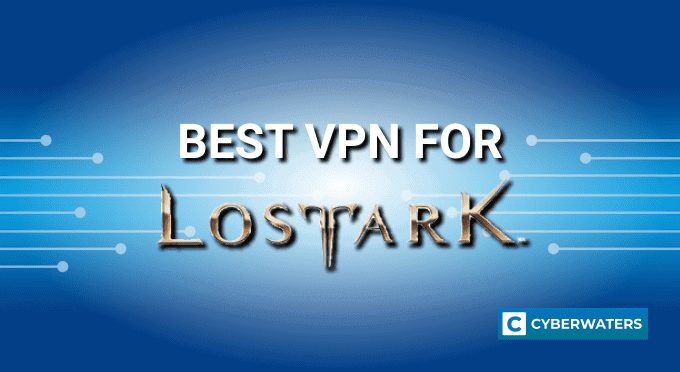 Published in 2018 by Smilegate, Lost Ark is an MMOARPG that garnered significant attention in the gaming industry, winning six awards at the Korea Game Awards in 2019. The game is also in open beta test in the Russian region in 2019 and closed beta test in Japan in 2020. However, it’s still completely locked for all other areas worldwide.

There are plans to expand the game internationally, but the release dates of the possible worldwide market expansion have not yet been revealed. And, by the looks of things, we shouldn’t expect the game to hit major markets such as the US and EU anytime soon. So, what’s the best course of action for gamers who want to have fun playing Lost Ark right now?

Here are the best VPNs for Lost Ark:

The most effective way of accessing the game is to use a VPN for Lost Ark. By using a VPN to connect to a server in one of Lost Ark’s supported countries, you can effortlessly access and enjoy the game. In this Lost Ark VPN guide, we’ll share with you the best VPN services for accessing this exciting game.

How Can a VPN Unblock Lost Ark?

A VPN conceals and encrypts your data by running it through a remote server in the country of your choice. By connecting to a server in a country with access to the game, you’ll be able to trick the game’s geo-targeting system into thinking you’re really in that country. As a result, it will allow you to download the game on your device no matter where you’re physically located.

No, if you live outside of South Korea or Russia, you can’t access the game without a VPN. The game’s geo-targeting systems will recognize your IP location and restrict your access based on it.

As of yet, there’s no way to access Lost Ark without rerouting your connection through a server in a supported country. Fortunately, doing so is quite easy and straightforward, which brings us to the next key topic of this page.

With more than 5,400 servers worldwide, NordVPN is undoubtedly one of the best and most efficient VPNs for gaming. Furthermore, in the context of the Lost Ark game, this VPN has over ten servers in South Korea. You’ll have no problem establishing a high-speed and stable connection when playing this game.

NordVPN often ranks among the best VPN services in the industry for many good reasons. It offers powerful security features, optimizable and intuitive apps, and runs entirely on RAM-based servers. The NordVPN Lost Ark connection aside, the service is ideal for gaming in general, as it can provide a blazing-fast and stable connection with DDoS protection.

With more than 3,200 high-quality servers in 65 countries, Surfshark is undoubtedly one of the industry’s top VPNs. Moreover, Surfshark is one of only two VPN on our list that offers servers in South Korea and Russia. It is even more convenient because all of their supported server locations come with private server DNS and are P2P friendly.

Their Windows app is straightforward to use and full of great features that make a safe and private online experience. This includes a network kill switch, Whitelister, NoBorders Mode, MultiHop, and many other intuitive settings. On top of all of this, Surfshark is also one of the most affordable services you can opt for, especially if you choose one of their long-term plans.

Speaking of the Lost Ark best VPN services category, ExpressVPN is one of the best gaming VPNs in general. Its South Korea servers are impressively fast and support all of ExpressVPN’s six featured protocols. Besides gaming, ExpressVPN’s huge 3,000+ server network paired with well-rounded security and performance features make it a convenient tool for all of your online activities.

It’s a bit more expensive than the other VPN services featured on our list but certainly offers excellent value for money. Besides, like most top VPNs, ExpressVPN offers a 30-day money-back guarantee so that you can try out their service completely risk-free.

CyberGhost has a very well-distributed network of over 6500 servers located in 90 countries worldwide. From the perspective of being one of the best VPNs for Lost Ark, CyberGhost offers excellent support for Lost Ark gamers. It has 36 servers in Russia, all in Sankt Petersburg, and 24 servers in South Korea, all in Seoul.

Besides this, CyberGhost is very capable on all fronts, and can unblock Netflix, the BBC iPlayer, HBO NOW, and over 30 other streaming services across the globe. It offers up to 7 simultaneous connections and comes with an auto kill switch, DNS and IP leak protection, and a strict no-logs policy, ensuring maximum anonymity of its users.

PureVPN numbers over 6,500 servers in 180+ locations across more than 140 countries, making it an ideal gaming VPN for players from all parts of the world. What’s more interesting for those who want to access Lost Ark is that PureVPN’s service has 14 secure and high-performing servers in Seoul, South Korea.

Aside from gaming, the VPN is powerful enough to unblock all streaming services and is suitable for P2P activities. Its security features are relatively basic, but overall, PureVPN undoubtedly ranks among the top five VPNs for Lost Ark and gaming in general.

How to Set Up a VPN for Lost Ark

If you’ve already picked which of the five VPNs featured on this page you want to use to unblock Lost Ark, you can set it up and get started within minutes. To make help you accelerate this process, we’ve drafted an easy-to-follow step-by-step guide on how to set up a VPN for Lost Ark:

We also want to emphasize some information that needs mentioning. To play from the Russian servers, you’ll need a Russian social media account or a valid Russian email address (Mail.ru). The latter is the more convenient option, as you can set it up quicker and don’t even need a real mobile phone number or backup email address.

In line with this, to play the game through a South Korean server, you’ll have to download it from the STOVE social game platform. To do so, you’ll need an active and valid South Korean mobile phone number to complete the registration. You won’t be able to sign up using a virtual phone service.

Will I Get Banned for Using a VPN for Lost Ark?

No, you won’t get banned if you use a VPN for Lost Ark. Although the game does apply a region-locking system that bans players with IP addresses from unsupported regions, you can avoid this issue with a VPN without getting in any trouble.

More importantly, there haven’t been any cases of players getting banned for using a VPN for Lost Ark. With these things in mind, you can confidently use a VPN for this game worry-free. Just remember all of the tips and setup instructions we shared with you on this page.

Can I Play Lost Ark in the EU?

Yes, you can easily access Lost Ark’s servers by routing your connection to a remote server in one of the game’s featured countries. This will provide you easy access to the game, regardless of your physical location on the European continent.

Can You Play Lost Ark in the US?

Using a VPN to connect to a remote server is the only way to play Lost Ark in America or anywhere else the game is blocked. As we mentioned above, any of the five VPNs we’ve listed above can help you access Lost Ark in your region. That said, our choice for the best VPN for Lost Ark goes to NordVPN.

Will Using a VPN for Lost Ark Slow Down My Connection?

With that in mind, the VPNs we’ve narrowed the choice down to on this page are the best of the best. They will slow down your overall speed by only several percent but will guarantee a stable and reliable network suitable for gaming.

Best VPN for Lost Ark – Summing it Up

The fact that you can only access the game only through a couple of server locations (not counting Japan’s closed beta game version) hinders your options. This is mainly because not many VPN services offer servers in Korea and Russia, let alone in both countries. For this reason, it’s crucial to choose a suitable VPN for this task.

Luckily, the services we feature on this page are all very adept in accessing Lost Ark reliably on every try. Each of the five Lost Ark VPN services we’ve highlighted possesses quality servers and robust security features, so you won’t go wrong no matter which one you opt for. Plus, since all of them come with some sort of money-back policy, you can play Lost Ark with a VPN without risking a single cent.