If you want to unblock Discord from anywhere you need a VPN. Only the best VPN for Discord will reduce lag, secure your chats, and keep your connection private.

This VoIP app took over the gaming world with more than 250 million users worldwide. It allows end-to-end encrypted communication, messaging, and sharing images and videos.

Discord has one of the best user experiences for chatting and creating voice channels. But, users that live in internet-restricted countries can not access it easily. Sometimes it is even blocked on school or work WiFi.

The best way to unblock Discord from anywhere is to use a VPN. So which VPN is best for Discord?

Here are the best VPNs for Discord:

Why do you need a VPN with Discord

Discord is a voice communications app that encrypts your connection from end-to-end. But, it collects and might expose some personal data. You can both unblock discord and protect your data by using a VPN.

Here’s why to use a VPN for Discord:

What to look for in the best VPN for Discord

When choosing the best VPN for Discord, you need to look for a few essential things. It should unblock it from anywhere and still have great sound quality when chatting.

Here’s what to look for when picking the best VPN for Discord:

All VPNs are selected using these criteria.

ExpressVPN is the best VPN for Discord. It can easily unblock the service from UAE, China, Saudi Arabia, and other countries. It bypasses access restrictions in school and work too.

It has more than 3000+ servers in 94 countries and 160+ locations. All servers have high speeds so you have a high-quality sound and no lags at all times.

The service takes privacy very seriously. It does not keep any logs that can identify you on their RAM disk servers. It also protects your connections with best-in-class AES-256 key bit encryption. The VPN apps have protocols like OpenVPN, IKEv2, or L2TP.

ExpressVPN has a split tunneling feature if you want to use a VPN for discord only. Chrome and Firefox browser extensions are available as well.

This provider has apps on all popular operating systems:

ExpressVPN can unblock streaming services such as Netflix, Disney Plus, Hulu, and more. It also openly supports P2P traffic and hides torrenting from ISP.

All ExpressVPN’s plans come with a 30-day money-back guarantee so you can try it with Discord risk-free.

NordVPN is another popular VPN that works with Discord. It has more than 5700+ servers in 59+ countries all around the world.

It can unblock Discord from China or the UAE due to its obfuscation technology.

NordVPN does not keep any logs and has next-generation AES 256-bit encryption.

Recently it developed a lightning-fast WireGuard based protocol called NordLynx. The speeds with it are amazing. It will let you enjoy lag-free chats on Discord as well as great experience downloading files.

NordVPN supports P2P and is great for torrenting too. Besides that, it can unblock Netflix, Disney+, Hotstar, and even Twitch.

The service works on every main platform:

NordVPN has a 30-day money-back guarantee on all its plans.

Surfshark is another great choice for VoIP apps. It is full of features and has more than 1700 servers in 63+ countries.

It has split tunneling on Windows and Android in case you want to use it only for Discord. The CleanWeb feature blocks malicious websites, ads, and protects from online trackers.

Surfshark works in China, UAE, and Saudi Arabia without any problem, so it can unblock Discord. It uses its Camouflage technology to bypass the restrictions unnoticed.

This VPN is based in Th British Virgin Islands so it does not keep any logs. It has secure OpenVPN, IKEv2, and Shadowsocks protocols.

Surfshark has around 1700+ P2P-friendly servers in 60+ locations. It can unblock Netflix and other streaming services too.

Surfshark is one of the most affordable VPNs on the market with a 30-day money-back guarantee on all plans.

CyberGhost is a popular VPN that has the largest server network. You can choose more than 6500+ servers in 90+ countries worldwide to access Discord. All servers are fast and ensure reliable connections when chatting on the app. It has a no-log policy and secures your traffic with military-grade AES-256 encryption.

This service comes with extra ad-blocking and malware protection features.

CyberGhost is excellent at unblocking Netflix and many other streaming services. It also supports torrenting on P2P-optimized servers.

This VPN works on every platform: Windows, macOS, Android, iOS, and Linux. It even has apps for SmartTVs and routers.

CyberGhost has the longest money-back guarantee of 45 days so you can make sure it truly works.

PureVPN is an excellent choice that works with Discord. It’s an inexpensive and great VPN service with more than 2000+ servers in 180+ locations (including mainland China).

This VPN has Split Tunneling features to use for Discord only. It is also one of the few services that allow Port Forwarding.

PureVPN does not keep logs and has multi-protocol support for OpenVPN, SSTP, L2TP, and PPTP. It secures all connections with AES-256 bit key encryption. There are no DNS leaks, IP leaks, and an Internet Kill Switch for any leak protection.

PureVPN works on all operating systems: Windows, macOS, iOS, Android, and Linux. It supports up to 10 simultaneous connections for all your devices. PureVPN’s has a 7-day $0.99 trial and come with a 31-day money-back guarantee.

There is no discouragement from Discord to use a VPN with their service. Many communities allow the use of VPNs on their servers without any problem. VPN is great when you want to unblock and access your Discord app from anywhere or even bypass an IP ban. It also protects your browsing and hides VoIP traffic from ISP.

Using a VPN for Discord Only

Usually, a VPN encrypts and routes for all your internet traffic from your device. This might affect the experience with games or other applications. But what if you want a VPN for discord only? There are two easy solutions on how to configure a VPN so it only works with Discord.

Here’s how to use a VPN for Discord only:

Discord is an excellent app for gamers and different communities to chat online. To access it from anywhere you need to use a VPN. The best VPNs can bypass any restrictions, IP bans and have a split tunneling feature. 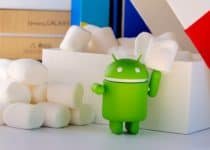 CyberWaters is a mixed crew of cyber security enthusiasts with a keen interested in data privacy, security and technology behind it. We provide cyber security related content and give advise on best practices and tools how to stay safe and secure online.