How To Bypass Parental Controls on WiFi with a VPN 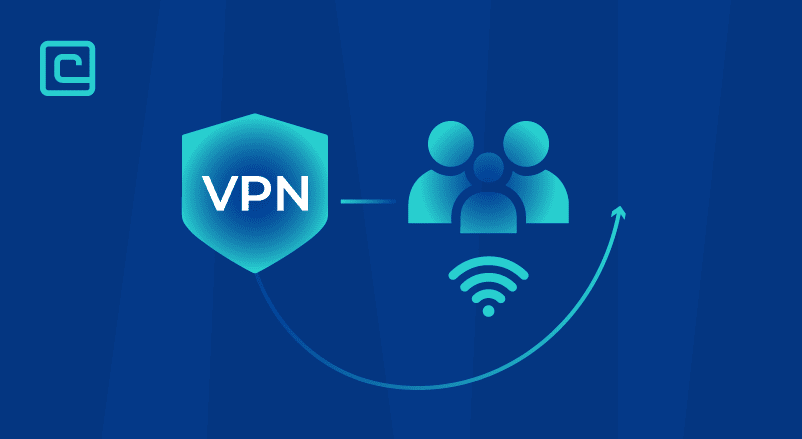 While parental controls can be set with good intentions, most apps are praying on parents’ worst fears. In many cases, constant monitoring reaches a point where your privacy is completely compromised.

But can a VPN bypass parental control and give back your privacy? Yes, a VPN can do this because it encrypts your traffic and assigns you a new IP address. So when you’re connecting to a VPN server, the data exchanged between your device and the web is encrypted. Also, you get a new IP address that doesn’t have a firewall restriction linked to it. This way, you can browse freely on the internet.

However, keep in mind that a VPN can bypass only WiFi and network-related parental controls. If you have restrictions directly on your device, you can’t download apps without your parents knowing about it.

The Types of Parental Controls You Might Be Dealing With

Parental controls can be set up in various ways and they can:

What’s more, restrictions can be set on different levels of security:

Smart devices such as iPhones, Android smartphones, PCs, tablets, and laptops have built-in parental controls. These could automatically block certain websites, platforms, and apps from being downloaded on your device. Plus, this feature tracks your location and provides reports on all online activities (including how many times you’ve unlocked your phone). It also limits how much time you spend on your device and who you can call.

If you don’t know if you have parental control apps on your device, here are a few examples of the most popular ones:

The good news is a VPN can bypass these parental control apps. Your device has a unique string of numbers attached to your device known as IP address. When you connect to a VPN server from a different city or country, you get assigned a new IP address. Since the new IP doesn’t have restrictions attached to it, you can freely browse the internet.

2. Firewall Restrictions On Routers and WiFi

These parental controls affect the whole home network since they are set on the router. They track every website visited and how much time you spend on certain sites. In addition to that, they can block access to the internet for specific devices and restrict certain websites and apps.

3. Having the ISP Monitoring Your Traffic

For a small monthly fee, some ISPs offer apps or simply monitor home or school internet traffic. Since the ISP can see all data requests from your device, they can restrict what websites you can access. They can also block websites completely and generate reports on all your online activities.

How to Bypass Parental Controls on WiFi

The easiest way to bypass parental controls on WiFi is by using a VPN. That’s because it unblocks restricted websites and hides your online activity from parental control reports.

When you connect to a VPN server, the VPN encrypts your traffic. So, monitoring apps or the ISP can’t see what you’re doing online. The only thing that they can see is a connection to the VPN server. If they want to spy on your browsing history, they’ll see random strings of special characters, numbers, and letters instead of the actual websites you’re browsing.

Here’s how you can bypass parental controls on WiFi by using a VPN:

Want to know what other monitoring apps you can bypass on your device? Read our full guide on how to bypass Circle with Disney.

What Makes a VPN Good for Bypassing Parental Controls?

A good VPN should always be able to:

Unfortunately, not all VPNs can unblock your favorite sites and social media platforms all the time. So make sure you always use a VPN with certain features. In general, stay away from shady VPNs that sound too good to be true and are also free. Otherwise, you might accidentally stumble across fake VPNs that don’t unblock restricted websites and steal your data.

Here are a few things a good VPN must have to get around parental controls:

All the following VPNs meet all the requirements we’ve talked about earlier:

NordVPN has a large server network with 5,000 servers in 55+ countries. In our tests, it always worked with streaming sites, gaming apps, and social media platforms.

Also, we only had a 15% slowdown when using this VPN’s servers, so NordVPN has lightning-fast speeds. As a result, we didn’t notice any buffering when we watched HD and 4K videos on both distant and nearby servers. We also played video games while connected to random servers. We didn’t have high ping and we didn’t experience lags, freezes, or crashes.

What’s more, NordVPN also has split-tunneling. This feature lets you choose which apps use the VPN connections, and which ones use the regular network.

This can be extremely useful if you’re being constantly monitored. If all the apps use a VPN connection, then only one IP address will show up in the parental control reports, no matter how many websites you access. This can be a bit suspicious since it might appear as if you’re not using your phone too much. However, if you use the split-tunneling feature, the parental controls can register other IP addresses from other websites as well. So the chances of someone noticing you’re using a VPN are lower.

This VPN provider also has apps for all important operating systems like Windows, macOS, Linux, Android, and iOS. It also allows 6 simultaneous connections so you can use it on 6 devices at the same time. Plus, it has cheap plans and a 30-day money-back guarantee. So you can try the VPN service risk-free.

If you want to find out more about this VPN provider, check out our in-depth NordVPN review.

Surfshark has a large server network with 3,200 servers in 60+ countries. So we were always able to find a server near us and get fast speeds.

When we connected to the VPN servers, we experienced a 25% slowdown. So, we could watch HD and 4K videos without noticing quality drops. What’s more, we had low ping when playing online games. Surfshark also has Bypasser, which is a split-tunneling feature. When we used Bypasser with gaming apps, we got 15% faster speeds.

The VPN has apps for most operating systems like Android, iOS, Windows, Linux, and macOS, which are very easy to use. We never experienced bugs and freezes during our tests, not even when we used the VPN while other RAM-heavy processes were running in the background.

Surfshark also has CleanWeb, which is a good ad blocker that blocks ads on sites and connections to malicious sites. In our tests, CleanWeb blocked most ads on the websites we visited.

What’s more, Surfshark offers unlimited simultaneous connections so you can use it on as many devices as you want. It also has very affordable plans and it backs them up with a 30-day money-back guarantee.

AtlasVPN has a decent free plan you can use to bypass parental controls. It has 700+ servers in 30+ countries, so you can unlock tons of restricted content on your device.

However, keep in mind that AtlasVPN’s free plan limits you to only 10 GB of data. So that’s enough for only 3 hours of HD videos. It also says on its website that it doesn’t support streaming for free plans. However, we were able to unblock Netflix and Disney+ several times.

The good news is that AtlasVPN has super affordable plans, which give you access to unlimited data. We also tested the VPN while playing popular games like Fortnite, Minecraft, and Dota 2 and we never experienced freezes or crashes.

The paid plans also give you access to SafeSwap servers, which refresh their IPs throughout the VPN session very often. That makes it very difficult for parental control apps to detect and block the VPN.

AtlasVPN offers split-tunneling and unlimited simultaneous connections. It also has a 30-day money-back guarantee, so you can try their premium plans risk-free.

Here’s how you can browse the internet besides using a VPN:

Why Is a VPN Better Than a Proxy for Unblocking Restricted Websites?

We completely agree that you should always go with the option that gives you lightning-fast speeds. It’s true that VPNs might slow down your speeds due to the encryption-decryption process. Proxies, on the other hand, don’t normally use encryption, so they’re faster.

However, this is your kind reminder that safety is important too. If you’re using public WiFi to bypass parental controls, you might put your parents’ credit card details at risk. Hackers can put themselves between you and the sites you access to steal personal data or login credentials.

Unfortunately, a proxy offers fast internet speeds, but it doesn’t offer encryption. So, it can’t protect your data.

A VPN encrypts your traffic so no one can see what you’re doing online. This way you can bypass parental controls and protect your data and social media login credentials at the same time.

Most of the time, parental controls are good because they can protect you from malicious websites, phishing scams, or ill-intended people on the internet. However, if you’re being monitored too often, you might end up feeling like your privacy is compromised.

Do you have any questions about bypassing parental controls with a VPN? Feel free to drop us a line in the comment sections and we’ll answer it