Is NordVPN Good for Torrenting in 2023? 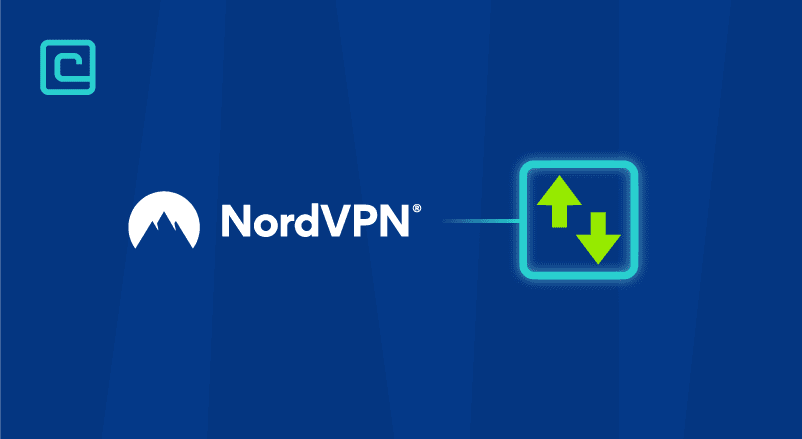 Using an app like NordVPN for torrenting is essential for several good reasons. For one, NordVPN hides your IP address in the swarm, thus maintaining your privacy while torrenting. Next, it’ll prevent your ISP from seeing your torrent traffic and throttling your speeds (or worse).

NordVPN can also help you get around pesky firewalls on public Wi-Fi, like school, work, hotels, airports, and so on. These hotspots usually prevent you from using torrenting clients, so you pretty much need a VPN for the job.

It’s not uncommon to find VPNs that don’t allow torrenting – usually free VPNs, or premium ones that offer a free plan. This is usually because the provider keeps user logs, or wants to minimize bandwidth usage for non-paying users. Alternatively, they may not allow torrenting due to its links to pirating, even though there are many legal uses for torrenting.

Fortunately, NordVPN does allow torrenting. In fact, it is one of the only VPNs to have a huge P2P server network. At the moment, there are over 4,000 NordVPN torrenting servers.

They’re all easily accessible within the VPN client, under the P2P section. Just highlight P2P, click on the three dots (⋯), and you can filter by country or individual server. The NordVPN app also shows server load, and lets you automatically choose the fastest server nearby.

Is NordVPN Good for Torrenting?

Yes, NordVPN is one of the best torrenting VPNs we’ve ever used. For one, it offers great P2P support by letting you torrent on over 4,000 servers. They also allow seeding on all their P2P servers, which some VPNs have disallowed in the past.

Naturally, NordVPN provides excellent download speeds. You get very fast speeds thanks to the huge server network (you don’t deal with overcrowded servers). Plus, you have NordLynx, NordVPN’s proprietary protocol built around WireGuard technology. This makes it more efficient than its OpenVPN counterpart. AV-TEST (a research institute) also published research that proved NordVPN is one of the fastest VPNs.

More importantly, this service doesn’t keep any logs, meaning it has no idea what files you download or what sites you browse. NordVPN underwent two audits to prove their no-log claims. Better yet, NordVPN’s kill switch protects you from traffic leaks. We really like that they offer two types:

That way you don’t have to worry about your ISP detecting your torrent usage; not even when the VPN disconnects.

The service uses powerful end-to-end encryption (AES-256) to secure your traffic. Encrypting your network activity also prevents P2P traffic throttling. The servers are also RAM-only, meaning all data is wiped after every reboot. This is also one of the few VPNs to offer complete leak protection. It prevents DNS leaks by running its own DNS servers, and it blocks IPv6 traffic and unwanted WebRTC IP leaks. We tested NordVPN for leaks and didn’t find any.

The features described above are proof enough that NordVPN is good for torrenting. Of course, NordVPN goes one step beyond with a couple of extras, such as:

Drawbacks of Using NordVPN for Torrenting

NordVPN and torrenting go well together, but there are three issues we need to highlight:

NordVPN doesn’t allow port forwarding because the provider worries it will put user data at risk. The app automatically blocks all ports except the ones used by NordVPN and popular services.

Redditors often consider the lack of port forwarding as a huge drawback. They claim it makes downloads faster by letting you connect to more peers. We can’t say how true that is because we never saw improvements when we used port forwarding with other VPNs.

On the plus side, NordVPN mentioned they might add support for port forwarding in the future.

Many people bring this up, saying it means NordVPN isn’t safe for torrenting. But here’s the thing – only one server was affected, and the hacker didn’t compromise any data (user information, NordVPN’s code, tunnel encryption, etc.). Also, this happened because the data center that hosted the server was careless, so it wasn’t NordVPN’s fault. And NordVPN wasn’t the only victim – TorGuard and Avast also suffered the same thing.

NordVPN remedied the situation by cutting ties with the data center. They also recently started using colocated servers. Basically, they ship their own servers to a data center. That way, only NordVPN employees have complete ownership over them. What’s more, all NordVPN servers run in RAM-disk mode. All data is wiped after every reboot.

So while the data breach is a concern, it doesn’t mean NordVPN doesn’t offer secure torrenting. The provider continues to be one of the safest torrenting VPNs on the market.

3. No Torrenting on Non-P2P Servers

To get the best experience while torrenting with NordVPN, you’ll need to connect to one of their P2P-optimized servers. Otherwise, NordVPN will automatically route your torrenting traffic through a second, P2P-friendly server. Obviously, this will cause significant slowdowns.

To be fair, it’s not a major issue, seeing as they have thousands of torrenting servers available worldwide. That said, some users may find this inconvenient.

To ensure that NordVPN is a good VPN for torrenting, we looked at their speed and privacy protections.

For testing purposes, we used qBittorrent and uTorrent, a 12.69 GB file, and the NordLynx protocol. We connected to three NordVPN P2P servers in the US, the UK, and Japan to see how fast the downloads are.

First, we used a P2P server in the US. There were noticeable slowdowns, but we were still happy with the speeds: 13-15 MiB/s (qBittorrent) and 4-5 MB/s (uTorrent). The average ETA was around 10-20 minutes on qBittorrent and 50 minutes on uTorrent.

When we switched to the Japanese and UK servers, the speeds were slower, but still okay:

We also tested a server in the same country as our tester (Romania). As expected, NordVPN qBittorrent and uTorrent speeds were much faster: 25-30 MiB/s (qBittorrent) and 7-9 MB/s (uTorrent).

We also tested the OpenVPN protocol (over UDP) on the Romanian server. It’s a more resource-intensive protocol, so our download speeds were slower: 10-11 MiB/s (qBittorrent) and 1-2 MB/s (uTorrent). We had to wait 20-25 minutes (qBittorrent) and almost two hours (uTorrent) for our 12.69 GB file to download.

REMEMBER: To get good speeds, you need a lot of seeders (people who are uploading the torrent). If there are not enough seeders, you can’t get fast speeds because you’re only downloading the file from a few people. And if there aren’t any seeders, your downloads won’t even start. We tried downloading large torrents with poor seeder-leecher ratios. We’re talking 3-4 seeders to 100+ leechers using the same servers (US, UK, Japan). We can confirm our NordVPN uTorrent and qBittorrent speeds were close to zero.

Leaking your IP address while torrenting could get you into serious trouble. To make sure that doesn’t happen, we tested NordVPN by using a complete IP leak test. We performed tests on a US, UK, and Japan server and we found no leaks whatsoever.

You can also double-check for yourself using the following steps:

If everything is in order, you shouldn’t see any signs of your true IP or location. The IP leak tool linked above will also perform a WebRTC test. This is useful in case you’re using the uTorrent web client, as WebRTC requests can leak your IP to so-called STUN towers.

Learn more on the topic and how to test if your VPN is working by following the link.

How to Torrent Safely Using NordVPN

It shouldn’t take more than a few minutes to start torrenting safely with NordVPN. Here’s what you need to do.

All you really need is to connect to a NordVPN torrenting server, and the VPN will do the rest.

The process is pretty much the same as in uTorrent’s case. After signing up for an account, just:

These are the most common questions people ask about NordVPN and torrenting. If you have more, just leave them in the comments and we’ll try to answer as fast as we can.

Does NordVPN Work for Torrenting With All Clients?

Yes, you can use any app you want. BitTorrent, Deluge, uTorrent, qBittorrent, Vuze – NordVPN supports all of them.

To be 100% sure, we asked NordVPN’s support reps about this. They confirmed their service works with all clients. However, they said it’s best to use qBittorrent. We had the fastest speeds with this torrent client, so we agree with their suggestion.

Can You Fix NordVPN Slow Torrenting?

Some Redditors complained that NordVPN torrent download speeds are slow. Here are a few things you can do to increase them:

If nothing helps, you can use a SOCKS5 proxy instead of the VPN. NordVPN has step-by-step guides showing you how to do that. Just remember that using a proxy means your traffic won’t be encrypted anymore. If your ISP eavesdrops on it, they’ll be able to throttle it.

Which NordVPN P2P Server Should You Use?

The best NordVPN server for torrenting is the one that’s closest to your location. That way, you’ll get faster download speeds since your device exchanges data with the VPN server quicker.

You can also try NordVPN’s server recommender feature. Click Show advanced options and select P2P from the middle dropdown menu. NordVPN will automatically tell you which server to use. You can tweak the results by filtering the country and protocol you want to use.

Can You Torrent on NordVPN’s Non-P2P Servers?

If you do that, NordVPN will automatically route your traffic to a P2P server (Canada or the Netherlands). Because the app can’t disconnect you from the non-P2P server (it could expose your IP), your speeds will slow down. After all, your data is basically going through two VPN servers.

Can You Bind Torrent Clients to NordVPN?

You can, but there’s no need to. NordVPN has an excellent kill switch that does one of two things:

We really like the flexibility. To avoid unwanted loss of online access, you can configure NordVPN to stop your torrent client from going online if the VPN connection drops.