Does Surfshark Work with Netflix? How to Use It 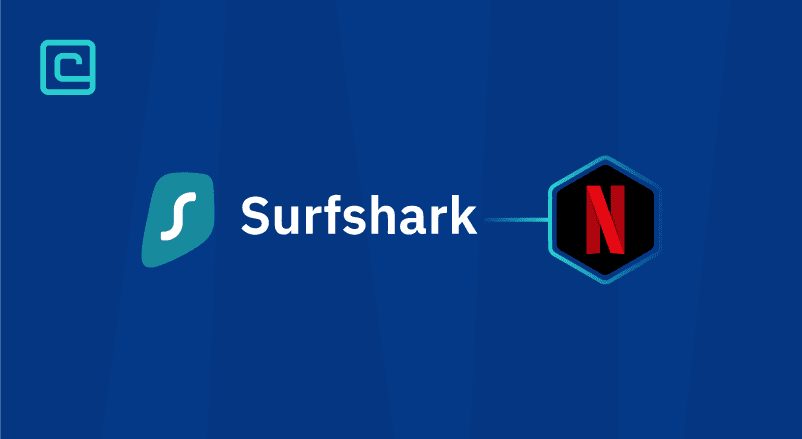 Watching Netflix with a VPN is the most popular way to access geo-restricted content. A VPN hides your IP address (which reveals your real location) and replaces it with another IP from a different country. This way, when you log into your Netflix account, you’ll automatically unblock the Netflix library that matches the VPN’s location.

Surfshark is one of the most popular VPNs that can unblock Netflix. It unblocks the most popular libraries like Netflix US, Netflix UK, Netflix Canada, and Netflix Japan. It has great streaming speeds on both local and distant servers. In our tests, we didn’t experience any buffering. Plus, it has many useful security features to keep your Netflix account safe.

If you want to find out more about this service, check out our in-depth Surfshark review.

For this article, we tested Surfshark with Netflix for one month on both local and distant servers. We conducted several speed tests on different Netflix libraries. Here are our results!

Does Surfshark Work with Netflix?

Yes, Surfshark is one of the most popular VPNs that unblock Netflix. Depending on the VPN server you connect to, you can unlock almost any popular Netflix library around the world.

Netflix constantly detects and blocks VPN IP addresses. Because of this, using a VPN service with a large server network that refreshes the IP frequently is essential to enjoy Netflix. Surfshark’s Nexus feature helps with that by regularly changing your IP address throughout the VPN session.

Surfshark has more than 3,200 servers in 60+ countries, so finding a specific server that can unblock your Netflix show is pretty straightforward. In our tests, we always unlocked popular Netflix libraries without getting our IP address blocked. So Surfshark is a good VPN for streaming.

Does Surfshark Have Fast Netflix Speeds?

Yes, Surfshark provides smooth HD and 4K streaming across all of its servers.

Why Do You Need Surfshark to Watch Netflix?

Here are the main reasons to use Surfshark for Netflix:

How to Use Surfshark with Netflix

Here are the steps to unblock Netflix with Surfshark:

Surfshark unblocks the most popular Netflix libraries from around the world, like:

All you have to do is connect to a VPN server in a country where the Netflix show you want to watch is already streaming. This way, you’ll automatically be assigned a new IP address from that country.

Quick example: let’s say you’re from the US and want to watch shows that are only available in the UK.

Here are the steps you should follow to unblock the show on Netflix:

That’s it — now your favorite show should appear in the Netflix library.

What Makes Surfshark Good for Netflix?

Here are the most important features that make Surfshark good for Netflix:

What Should You Do If Surfshark Is Not Working with Netflix?

Here’s what you can do if you can’t unblock Netflix with Surfshark:

Use a Different Browser with Incognito/Private Mode

We don’t recommend using your day-to-day browser to unblock Netflix with a VPN. Its cookies will very likely leak your real location to Netflix even if you’re connected to a VPN server.

Instead, you should use a separate browser. Also, use its incognito/private mode so that cookies won’t interfere with your streaming.

Turn On the Kill Switch

Sometimes, the VPN connection might drop and your IP address might be accidentally exposed. To prevent any traffic leaks that might reveal your real location to Netflix, make sure the kill switch is on.

This way, if the VPN connection drops, your device gets automatically disconnected from the internet to prevent data leaks.

Use a Different VPN Server

Netflix constantly blocks VPN and detects and blocks its IP addresses. So if a certain VPN server doesn’t unblock your favorite movie on Netflix, it might be because that VPN IP address is already blocked.

Surfshark’s Nexus feature should normally prevent that from happening. Still, if you experience this issue, just change to a different VPN server in the same country as the previous server.

Turn On the Spoof GPS Feature on Android

Netflix’s app detects both your IP address and GPS when you’re watching videos on Android. So even if you use Surfshark to hide your IP address, Netflix can still see your real location because of the GPS data.

Spoof GPS is a special feature that hides your GPS data, so that you can unblock any Netflix library on your Android. Here’s how to to turn Spoof GPS on:

This way, your GPS location will match your VPN location, and you can unblock any titles you want on Netflix’s app.

The support reps should be able to tell exactly which servers you can use to unblock a specific Netflix library. VPNs don’t make this information public on their site to avoid getting their servers blacklisted too fast.

Surfshark has excellent 24/7 live chat so there will always be someone to answer your questions.

What are Surfshark Alternatives for Netflix?

You can watch and unblock Netflix with these Surfshark alternatives:

Verdict: Is Surfshark Good for Netflix?

Yes, Surfshark is a great VPN for streaming on Netflix. It has fast speeds — we didn’t experience any video buffering or quality drops. It also has a large server network, so finding a VPN server in a country where your favorite Netflix show is streaming is quite easy.

What’s more, Surfshark can hide both your GPS data and IP address on Android, which lets you bypass geo-blocks on Netflix’s app. So you don’t need to use its site, which is more inconvenient.

We also like the VPN’s Nexus feature, which changes VPN IPs very fast throughout the VPN session. That makes it extremely difficult for Netflix to detect and block this provider.

The service also has useful security features that secure your Netflix account. It has essential VPN security features like a kill switch and a strong privacy policy, and it comes with obfuscation and RAM-only servers.

Surfshark offers a 30-day money-back guarantee, so if you don’t like it, you can cancel your subscription risk-free.

If for whatever reason, you didn’t like using Surfshark with Netflix, we can recommend 2 other popular VPN alternatives: NordVPN and CyberGhost VPN. Both VPNs are good for streaming with Netflix, provide very fast speeds, and have easy-to-use apps for all platforms.

NordVPN has an even larger server network than Surfshark (5,000+ servers in 55+ countries). Also, NordVPN has a paid add-on that lets you get an IP address that’s only assigned to you. Because there’s only one person using that IP address and not hundreds of people, Netflix will have a harder time detecting and blocking it.

CyberGhost VPN also has a bigger server network than Surfshark (7,700+ servers in 90+ countries). What’s more, it has dedicated streaming servers (which are hard to detect and block) that work with 50+ streaming sites, including Netflix. What’s more, the VPN offers full leak protection, unlike Surfshark which only has DNS leak protection. So you’re not likely to experience IPv6 leaks, which could expose your real location to Netflix.