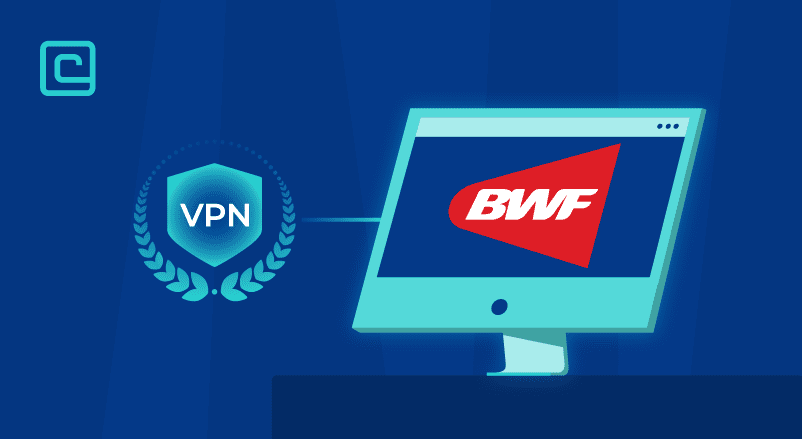 Want to catch the finals of the BWF World Championships? Unfortunately, the event might not be available in your country. Why? Well, that’s because the rights to the tournament may have been sold to a local broadcaster. For example, users in Asia may only be able to watch BWF badminton games on SPOTV (or Youku in China). Thankfully, you can bypass such geo-blocks by live streaming BWF World Championships and other badminton events with a VPN.

These are best VPNs to watch BWF World Championships:

Why Use a VPN to Watch BWF World Championships?

The BWF World Championships are always broadcast live on the BadmintonWorld.TV YouTube channel. Well, unless you live in a geo-blocked region. Luckily, you can just use a VPN to change your IP address to a different country. Sign up, install the VPN, and start live streaming badminton games for free, from anywhere in the world.

How does a VPN work, you ask? Just follow the link for an in-depth guide.

Not all VPNs are capable of unblocking the BWF badminton live stream events on YouTube. Free VPNs in particular are easily IP-blocked by YouTube, Netflix, and other streaming sites.

Here are the 5 best VPNs that actually work for live streaming the BWF World Championships.

NordVPN is one of the most reliable VPNs for live streaming badminton. You get 5,500+ ultra-fast servers in 59 countries to choose from. Whether you’re a regular watcher or just want to catch the BWF World Championships, you’ll have no trouble finding a fast server nearby.

It’s also one of the few VPNs that work in China, in case you don’t want to watch BWF badminton live streams on Youku. Give NordVPN a download and try it out risk-free for 30 days!

Surfshark is great for live streaming badminton if you’re on a budget. Share the joy of watching your favorite sports with friends, as Surfshark lets you link an unlimited number of devices to your account. You’re also spoiled for choice with their 3,200+ servers in 100 countries.

Better yet, the VPN’s NoBorders mode lets you bypass firewalls in China and other restrictive locations. All in all, Surfshark is worth the price. Follow the link for a more detailed review.

PrivateVPN offers an improved badminton live streaming experience with free dynamic dedicated IPs. Since you won’t be sharing this IP with anyone else, you’re less likely to get blocked. Helpful for watching badminton on BWF TV, or streaming content on Netflix.

Atlas VPN is one of the few VPNs for live streaming badminton that also comes with a free plan. We’ve successfully unblocked BWF TV in unsupported regions on their free Netherlands server. To get the full streaming experience on BBC iPlayer, Netflix, and others, you’ll need to upgrade.

Their plans are pretty affordable, and they have streaming-optimized servers in multiple countries. See the provider’s full list of features in our in-depth Atlas VPN review.

ExpressVPN is an all-round great way to experience a badminton live stream on BWF TV. You get to choose from over 3,000+ servers in 94 countries, and the provider can unblock a myriad different streaming services.

Moreover, all ExpressVPN servers have obfuscation. As such, their apps are excellent at bypassing VPN blocks anywhere. Is ExpressVPN safe? You bet. Click the link for more info about the provider in general.

How to Bypass BadmintonWorld.TV Regional Blocks Using a VPN

It only takes a few minutes to bypass regional blocks on BadmintonWorld.TV with a VPN. Here’s what you need to do:

What Can a VPN Do Besides Unblocking BadmintonWorld.TV Streams?

A VPN is a highly flexible service that not only unblocks geo-restricted content but also enhances your online privacy. The best VPNs can unblock many popular streaming services, hide traffic from your ISP, and bypass Internet censorship.

Here’s a detailed look at what a VPN can do:

Using a VPN is the quickest and easiest way to live stream badminton on BWF TV. Don’t let pesky geo-blocks and licensing deals get in the way of your entertainment. Just sign up, download the provider’s app, connect to a VPN server, and you’re good to go.

Want to unblock other streaming services (such as Netflix or Hulu)? Try out NordVPN and enjoy all your favorite shows from around the world.