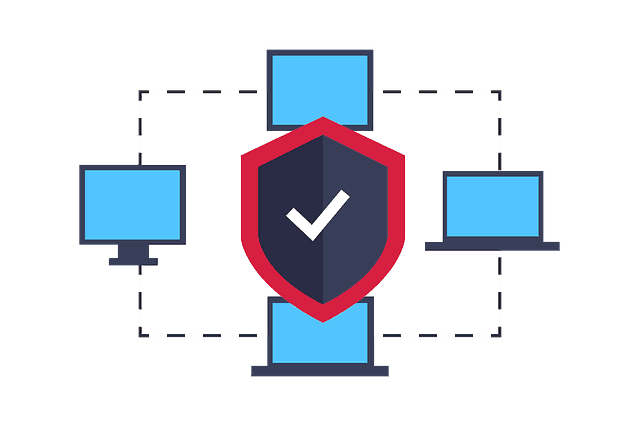 World Wide Web is becoming a big open space where no one can hide, therefore internet security, privacy, and online safety become essential. One of the best means to help you stay safe, unblock websites and protect your identity online is VPN – a virtual private network.

VPN – Virtual Private Network – is a service that allows establishing an encrypted and secure connection from your device to the internet hiding online actions and protecting your personal data. The connection is routed via server owned by VPN service provider so it masks your location, hides IP address, protects from eavesdropping and allows you to unblock websites anywhere in the world.

How does VPN work?

A lot of personal information such as your exact location, real IP address, the website you’re trying to reach and even more is sent when starting a connection from your device to the web. All this personal data is in the open for many to see and is unencrypted. With VPN client software the data transmitted is encrypted on device and then securely routed to the VPN server via the so-called VPN tunnel. The information in this tunnel is not accessible due to strong encryption algorithms used by VPN service.

How to use VPN?

VPN services are extremely easy to use – you only need to download and install VPN client software on your device, sign into application and click the button next to the country you want to connect. VPN service providers usually have the whole process described in detail, but honestly, to use a VPN is very intuitive and requires just one button click, – the rest is handled under the hood. In case you experience any problems installing or connecting, the best VPN services have 24/7 customer support and will be happy to help you out.

What is VPN used for?

Imagine you want to watch that newly aired Netflix show or to access the website with information you so desperately need, but you bump into “not available in your region” message – what a bummer! With VPN it is possible change not only the region but also your IP address to access censored content, unblock websites and video stream your favorite shows on Netflix or Hulu. Here’s some benefits of VPN you get:

Change your IP address: when you connect to VPN server the personal IP address is changed to the VPN servers IP address, so from outside you look like you are the server and therefore remain anonymous.

Change your location: with the change of IP address location is also changed. You can pretend that you are from the region where the VPN server is located.

Unblock websites and restricted content: Once the location changed you can access blocked websites that could not be reached otherwise and with the change of the region it is possible to video stream your favorite Netflix show or see any other content which is restricted in the local region

Secure your personal data: VPN provides extra security to protect your identity online and all personal data send over the web by encrypting all internet traffic coming from your device.

From so many VPN services to choose it is important to pick the best VPN that fits your needs, but one is not equal to another and here are a few basics what you should look for in picking the right one:

A number of servers and available countries: well this is very simple, the more VPN servers and locations the more geo-specific content is reachable. Make sure the VPN provider has a server in the region you would like the content to be unblocked.

Torrenting and streaming availability: Look for clear indication that VPN service supports features such as P2P, torrenting or streaming. Surely you don’t want to miss that new show on Netflix!

Logging policy: that one’s really important! It is a must that your chosen VPN service provider does not keep any browsing history logs and has a stated strict no-log policy on their website. Why’s that important? Read next.

In recent years the laws (especially in the US) went wild and ISPs became nothing more than “giant advertising networks” as stated by Forbes1 and The Guardian2. Not only in the US but as well as in the European Union all personal internet traffic data must be stored for at least 6 months. That means your ISP knows where you’ve been, what you did, watched or downloaded on the Internet for that period of time, and this data can be accessed, hacked or leaked. To ensure anonymity, security and privacy top VPN services openly state their no-log policy that they do not gather any personal data that could be traced back to you. VPNs take care of data protection by encrypting all your internet traffic with a help of VPN protocols, which may vary in security levels as well as connection speed.

A VPN protocol is an agreement between a device and a VPN server about the rules on how the connection will be established. These rules might vary in security, connection speed, and stability. VPN protocols get technical pretty quickly, but here is a simple overview of the few most popular among VPN service providers and what’s the difference if you choose one or another:

OpenVPN – it is an open source and the most popular of all protocols, widely used by many VPN vendors due to its very high security, decent speed, and connection stability. It works with all – Windows, Mac, Android, and iOS devices. It’s an industry standard and you will never miss if you connect with OpenVPN.

IKEv2/IPSec – very popular VPN protocol among mobile devices due to its really fast connection and re-connection speeds, which makes it great while using mobile data or switching WiFi networks. It is supported by all major OS platforms and provides a high level of privacy.

L2TP/IPSec – like the previous protocol this one is actually two protocols combined together which provides high security and good speeds. It is an improved version of another VPN protocol called PPTP. Unlike PPTP, L2TP/IPSec is a reliable and secure protocol that will make your connection seamless.

While these three VPN protocols are used the most, there are a few others you may encounter such as – WireGuard, SSTP, and SoftEther. VPN protocols are an advanced feature that is configured by VPN service providers in their infrastructure and you don’t need to worry about those.

Since VPNs emerged on the internet and made otherwise censored content easily accessible, spying and government surveillance became difficult, therefore some countries implemented laws that made use of VPNs somewhat restricted or illegal. Most of the countries that have restrictive laws on using VPNs are countries in the middle east where government authority has ultimate power and there’s a long-lasting and still ongoing campaign of government surveillance, such countries are China, Iran, Syria, Egypt, Russia, and Turkey.

While VPNs are free to use in the US, EU and other parts of the world without any restrictions, to use it for criminal activity the law still apply, although, since VPN service provides very high levels of encryption, it is very unlikely anyone will find out what kind of content you are using it for.

How to set up a VPN?

To use a VPN you need nothing more than to download and install a VPN software and connect to a VPN server. There are quite a few top VPN providers and most of them offer the best way to connect with just a button click.

A VPN service is a secure way to browse the internet without any fear that your private information will get exposed. It provides a level of anonymity allowing you to mask your IP address and reach censored content anywhere in the world. Best VPN services implemented the most secure and popular VPN protocols and provide a variety of additional features for a better experience and additional security with the stated no-log policy. VPNs are widely used around the world, though a few countries restricted the usage of such service. VPNs are very easy to use and well worth considering to pick the best one.

1. Forbes – Now Those Privacy Rules Are Gone, This Is How ISPs Will Actually Sell Your Personal Data
2. The Guardian – Your browsing history may be up for sale soon