What Is a Good Connection Speed For PS4? 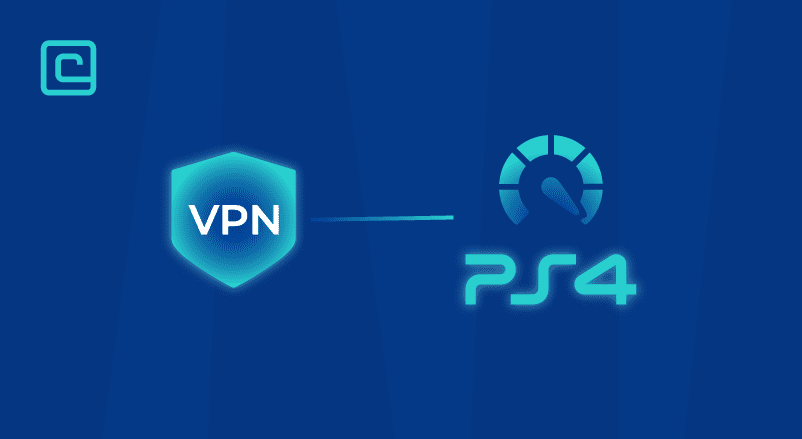 When it comes to playing multiplayer online games on your PS4, your connection speed can make or break your gaming experience. More specifically, the most important aspect of it is your network’s download speed. But, to put it into numbers, what counts as a good connection speed for PS4 consoles?

The minimum PS4 Internet speed you should aim for is at least 3 Mbps. Ideally, your PS4 max download speed should be between 15 and 25 Mbps, and your ping rate should be as low as possible. For the best online gaming experience on Play Station, you should have significantly faster connection speeds.

What Internet Speed Is Enough For PS4?

Going by PlayStation’s recommended guidelines for download and upload speeds, a connection with a 16 Mbps download speed and 4 Mbps upload speed is considered good for gaming on PS4 and PS5 consoles. While there aren’t any official Sony recommendations, the general ping rates should be no more than 50 milliseconds.

If you’re using Internet service with a limited monthly data plan, it’s also useful to know how much Wi-Fi a PS4 uses. Playing online games on your PS4 can use up anywhere between 30 and 300 Mbps per hour.

However, to get a complete picture, you should keep in mind that both the speed and overall consumption figures are just ballpark numbers. In other words, they don’t apply to every game across the board. Different games eat up different amounts of data. So, to go a bit further, here’s how Mbps you need depending on what PS4/PS5 game you want to play:

Let’s start with the genre that consumes the least data and requires the slowest connection speeds. While PS4 and consoles, in general, aren’t really focused on strategy gaming, you can still find a good deal of strategy games in the PS Store.

For example, multiplayer games like Civilization 6, Tropico 6, and XCOM have dedicated player bases of true fans of the niche. For these titles, you download speeds of around 3 Mbps and a ping rate of up to 150 milliseconds.

Slightly higher on the bandwidth consumption list are MMO and RPG games. To play these types of games on your PS4 or PS5 console, you’ll need slightly higher connection speeds. Around 4 Mbps will be more than enough.

Moving on to more demanding titles, multiplayer modes in sports games like FIFA and NBA 2K require noticeably faster connections. If you mainly play online against other PS4 players, you should preferably have speeds of around 10 Mbps. Speeds of 15 Mbps or more with a ping rate between 20 and 50 milliseconds will deliver a smooth experience allowing you to get the best of such fast-paced games.

Lastly, first-person shooters are arguably the most demanding type of online games and require the fastest connection with the lowest ping. Games like COD, Valorant, and Overwatch involve a lot of fast movement and constant action in which every millisecond matters.

Experienced players know that the difference in outcome can even come down to connection speed. This is why you want to ensure your connection is fast enough for these games.

With this in mind, if you primarily play FPS games on your PS4/PS5 console, your download speed should be at least 20 Mbps (Preferably up to 30 Mbps), and your ping rate should be around 20 milliseconds or lower.

So, even if you have a super-fast fiber optic connection, your PS4 won’t limit your download speeds. This is encouraging to know, as practically the only boundary to your PS4’s online performance is your Internet connection, which you can upgrade without much effort.

That said, to achieve such fast download speeds on your PS4 console, you’ll likely have to meticulously set up your connection to get the best out of your network. The simplest way to do this is to use an Ethernet cable, while more advanced gamers might even want to set up a more efficient data routing network like a mesh node.

To extend on this, if you’re wondering what a good download speed for PS4 is, the answer is that this criterion is entirely subjective. Some users don’t mind downloading and playing games at 3 Mbps, while others won’t settle on anything below 100 Mbps or more.

From this perspective, it depends on the users. But, as we’ve mentioned in the beginning, the majority of online PS4 players will find connection speeds between 15 and 25 Mbps more than enough for their online gaming sessions.

Which Is Better, Wi-Fi Or Ethernet Port For Speed On PS4?

There’s no arguing that a PS4 Ethernet port connection heavily outperforms a PS4 Wi-Fi connection. The reason for this is simple. When you connect your PS4 console to your modem via an Ethernet cable, you get a direct and fast connection. This isn’t the case with a Wi-Fi setup, as there’s a likely physical distance.

Of course, both connection methods come with their pros and cons. While a PS4 Ethernet port connection is the better performer, it’s not always a practical solution. Sometimes, it can be inconvenient to set up your PS4 through a wired connection.

This is why for some PS4 gamers, wireless is still a better option. If you’re not chasing the fastest speeds possible and appreciate the convenience of just placing your PS4 anywhere, plugging it in, and connecting to Wi-Fi, there’s a lot of practicality that comes with this.

That said, this is the only notable advantage Wi-Fi connections have over an Ethernet PS4 setup. An Ethernet cable is not a considerable investment, but it does make a massive difference in performance.

3 Ways How To Improve Connection Speed For PlayStation

If you got this much down this page, you’re likely looking for useful tips on how to get better connection speeds for gaming on your PS4 console. And, we got you covered. We’ve prepared the three best ways how to make your Internet faster on PS4:

Switch to a Wired Connection

As we’ve discussed above, a wired Ethernet connection offers superior performance compared to a Wi-Fi connection. Connecting your PS4/PS5 console directly with a cable has a huge effect on all aspects of your connection, not just speed.

You can get an Ethernet cable at a bargain, and it likely won’t cost you more than a few bucks depending on the length of the cable that you need. A wired network is also more secure, as these connections are less prone to outside interference.

Alternatively, if you don’t want to switch to a wired connection or your setup doesn’t allow you to do so, you can still improve your Wi-Fi connection. Move your console closer to the router or consider buying Wi-Fi extenders that will provide better network coverage by boosting your signal.

Use a VPN for PlayStation

Using a VPN for your PS4/PS5 console is an excellent way to unlock better connection speeds and add an extra layer of security to your network. Focusing on the first aspect as the main point of this page, a VPN for gaming can be very helpful in improving your connection speed in the event your ISP is throttling your bandwidth.

In some cases, Internet Service Providers intentionally limit the communication speed of your network. This isn’t only underhanded but unfair to you as a customer. Luckily, using one of the best VPNs for PS4, you can connect to VPN servers in different regions and avoid this issue. This automatically means faster connection speeds, lower lag and ping, and a better gaming experience.

Sometimes, the only improvement or adjustment you can make is to upgrade your Internet connection. If your base connection is slow, applying the previous tips won’t make a distinct difference in overall speed.

When it comes to this, there are also several routes you can explore to find the one that offers you the best value for your money. You can upgrade to fiber optic Internet if available in your location or switch to a new Internet plan.

What’s more, even purchasing a new router can speed up your connection, especially your Wi-Fi. While a new router can’t increase your speed past your set Internet plan speed, it will enable you to get the most out of your plan.

What Is The Best Way To Increase Internet Speed On PS4?

The best way to increase the Internet connection speed on your PS4 or PS5 console is to have a wired connection. This is because the PS4 Ethernet port speed is more than two times faster than a Wi-Fi connection. A PS4 connected to the Internet through an Ethernet cable can reach speeds of up to 1 Gbps.

What Is The Average Connection Speed On PS4?

Sony’s average connection speed requirements are fairly low compared to the standard in most countries worldwide. A connection speed of anywhere between 5 and 15 Mbps is considered average. Speeds of more than 15 to 20 Mbps are above average and suitable for nearly every online game.

The most common causes for your PS4 download speed being slow can be due to Wi-Fi problems, PS4 hardware issues, or that you simply have too many devices connected to the same network. Additionally, your PS4 might have other software running in the background, slowing the download process.

What is a Good Ping Rate for PS4 Gaming?

Hopefully, this page has helped you find suitable answers on what is a good connection speed for PS4 gaming. The catch-all answer is that every PS4 gamer has different requirements, but the minimum PS4 download speed you should have is around 3 or 4 Mbps.

Of course, it’s always best to have your connection speed way above the bare minimum, enabling you to enjoy smooth gaming with low ping and no stutters. An average PS4 connection speed between 15 and 25 Mbps with around 50 ping or less is fast enough to deliver immersive gaming even in the latest and most demanding online PS4 games.

With this in mind, if you’re seeking the best connection speed for PS4, going wired over wireless will give you superior connection performance. Plugging your PS4 into an Ethernet port always results in a massive speed bump and is the easiest and simplest way of boosting your PS4 connection speed.

In case if ISP throttles your connections, you can experiment with a free VPN for PS4, to see if it increases your gaming performance.